Stonehenge, a Neolithic wonder in southern England, has vexed historians and archaeologists for centuries with its many mysteries: How was it built? What purpose did it serve? Where did its towering sandstone boulders come from?

That last question may finally have an answer after a study published Wednesday found that most of the giant stones – known as sarsens – seem to share a common origin 25 kilometers (16 miles) away in West Woods, an area that teemed with prehistoric activity.

The finding boosts the theory that the megaliths were brought to Stonehenge about the same time: around 2,500 BCE, the monument’s second phase of construction, which in turn could be a sign its builders were from a highly organized society.

It also contradicts a previous suggestion that one large sarsen, the Heel Stone, came from the immediate vicinity of the site and was erected before the others.

The new paper appeared in the journal Science Advances.

Lead author David Nash, a professor of physical geography at the University of Brighton, told AFP he and his team had to devise a novel technique to analyze the sarsens, that stand up to nine meters tall (30 feet) and weigh as much as 30 metric tons.

They first used portable x-rays to analyze the chemical composition of the rocks, which are 99 percent silica but contain traces of several other elements.

“That showed us that most of the stones have a common chemistry, which led us to identify that we’re looking for one main source here,” said Nash. 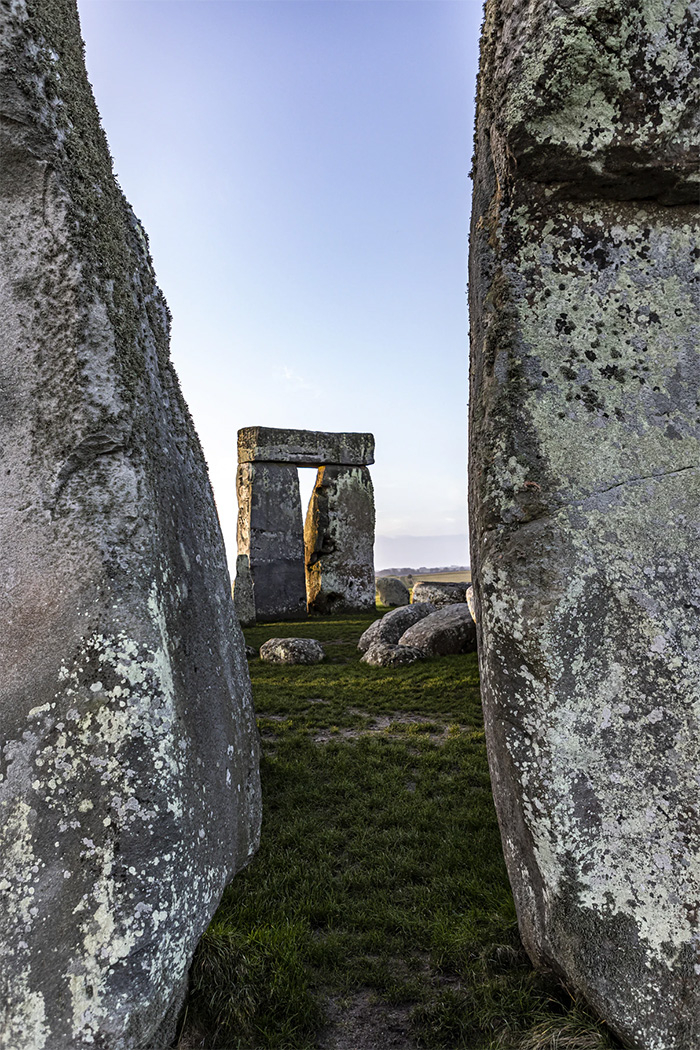 Next, they examined two core samples from one of the stones that were obtained during restoration work in 1958 but which then went missing until resurfacing in 2018 and 2019, respectively.

They performed a more sophisticated analysis on these samples using a mass spectrometry device, which detects a bigger range of elements at a higher precision.

The resulting signature was then compared to 20 possible source sites for these sedimentary rocks, with West Woods, Wiltshire found to be the closest match.

Only the 17th century English natural philosopher John Aubrey had previously postulated a link between “Overton Wood,” probably a former name for West Woods, and Stonehenge.

Previous work has found that Stonehenge’s smaller “bluestones” came from Wales, about 200 kilometers (160 miles) to the west, and the new study says that they and the sarsens were placed at the same time.

“So it must have been an enormous endeavor going on at that time,” said Nash. “Stonehenge is like a convergence of materials being brought in from different places.”

Just how the early Britons were able to transport the boulders weighing up to 30 tons a distance of 25 kilometers remains unknown – though the prevailing idea is they were dragged along sleds. The site’s significance also remains mysterious.

“I think you’re looking at a very organized society there,” added Nash.

As for why they picked West Woods, he said, it could have been a case of pragmatism as it was one of the closest sites.

But the area was also a hive of Early Neolithic activity.

It is home to a huge ancient burial site known as a barrow, a large circular earthwork, prehistoric cultivated fields that are now woodland, and a polissoir – a rock used to sharpen ancient stone axes.

Nash said that the technique the research team had devised could help answer further archaeological questions, such as the route used to transport the boulders – which can be inferred if sarsen chippings are discovered at waypoints.

He and his team also hope to use the techniques on other ancient sarsen sites scattered around Britain.

Denis Villeneuve’s Dune Made An Impressive Amount Of Money From Its First Day Of Release
Forerunner is software for NFIMBYs, or no flooding in my backyard
Kanye West Shares New Video for “24”: Watch
In 1181 a rare explosion lit up the sky, and we may have finally found what it left behind
Steam Deck dev kit screenshots show a likely Big Picture replacement, SteamOS 3 allegedly leaks