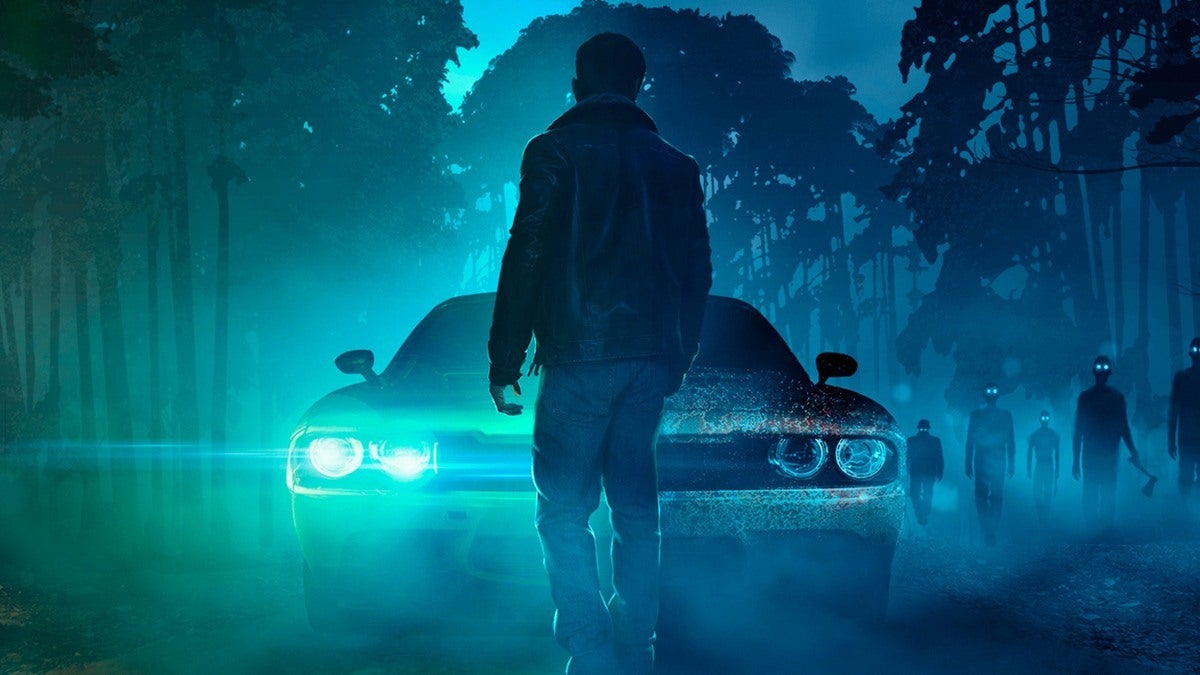 Many of us have felt afraid of the dark at some point in our lives, but Those Who Remain takes that irrational phobia and imbues it with some tangible menace. A creepy psychological thriller that will kill you should you so much as set one foot into its shadows, Those Who Remain forces you to seek solace under streetlights and puzzle your way to illuminate new paths through your shady surroundings, sort of like the inverse of a standard stealth game design. It’s an intriguing horror premise that Those Who Remain uses in some fairly creative ways, but control shortcomings and a disjointed flow to its narrative prevent it from being a consistent thrill for its full six-hour duration.

You play as Edward, a guilt-ridden man making his way to a discreet highway motel with the intention of breaking things off with his mistress and getting his failing marriage back on track. However, he’s soon forced to make his way on foot through the small town of Dormant, where he’s haunted by dark demons that lurk both in his present surroundings and emerge from the events of his past. Despite his prior indiscretions Edward is a likeable enough character, and Those Who Remain did a good job of drawing me into his torment over the first few hours, even if the story never delivered a substantial payoff.Those Who Remain cultivates an ominous ambience, with each location you visit shrouded in a darkness that’s only pierced by the glowing blue eyes of the malevolent silhouettes that lurk within it. The first few times I flicked a light switch on and off and watched a horde of stationary shadow people blink in and out of existence was certainly a chilling sight to behold.

A number of other neat tricks are successfully employed by Those Who Remain to perpetuate that sense of unease, creating panic with PT-esque infinite hallway loops or diverting your attention one way so that it can sneakily reshuffle the landscape behind you so that new paths, characters, or objects appear where they weren’t just seconds before, to keep you on your toes. Additionally, Edward makes regular trips into a parallel world reminiscent of Stranger Things’ ‘Upside Down’, which he can use to reach areas and interact with objects that he can’t otherwise under the constraints of reality. It quite literally adds an extra dimension to puzzle solving.

The last time I obsessively opened and closed this many cupboard doors I was still in my terrible twos.

That’s not to say that you won’t still be performing tried and tested first-person puzzle-solving tasks like turning water valves and optimistically rifling through desk drawers for hidden keys. In fact, the last time I obsessively opened and closed this many cupboard doors I was still in my terrible twos. But at its best, Those Who Remain makes clever use of light, physics, and audio clues to craft brain teasers that are satisfying to untangle.

What We Redo in the Shadows

Not everything works as effectively as it should, though, and that leads to frustratingly regular checkpoint restarts. Those Who Remain features a pretty streamlined control setup, so it’s particularly galling that its main interactions frequently fall down due to their inherent fiddliness. Clearing a room of dark-dwelling demons is as easy as flicking a light switch, or at least it is in theory. In practice, inching through a doorway sideways while waving the reticule over the switch in an attempt to make the hand prompt appear all too often ends in an instant death as you accidently nudge a toe into the black and become consumed by the murderous mob. To make matters worse, light switches have a glowing red LED whether they’re on or off, so it’s not always clear whether they need to be flicked or not.

The inability to crouch, lean around corners, or create any kind of distraction meant I felt about as cloaked as a naked ninja.

I felt a similar sense of feebleness anytime I encountered Those Who Remain’s recurring main monster: a hulking harpy with a car’s headlight for a face. Unlike the rest of Dormant’s sinister yet static residents, this beast is both mobile and unhindered by light, meaning you’re powerless to stop it and forced to adopt a stealthy approach in order to evade it. Unfortunately, the inability to crouch, lean around corners, or create any kind of distraction meant I felt about as cloaked as a naked ninja, and the monster’s movements were so erratic that I often found myself suddenly snared even when it seemed like I was in the clear.

Atone in the Dark

At a handful of junctions throughout the story and at the behest of a mysterious masked stranger, Edward must gather evidence to either forgive or condemn a Dormant resident who’s trapped in purgatory for a crime they’ve committed. According to the developers, the half-dozen or so fates you determine along the way contributes directly to which one of three story endings you receive; however, in practice I played through Those Who Remain twice, making an opposing series of decisions – one totally benevolent, the other wrathful – and both times I ended up with the exact same total bummer of an outcome. I’m not sure if it was a bug specific to me or a general fault with Those Who Remain – perhaps appropriately, I’m still completely in the dark – but I’m certainly not compelled to play through again to find out if the third time’s a charm.

Part of the reason I don’t wish to return is that there’s an abruptness to the end of each level in Those Who Remain that shatters any sense of place for its small town setting. As a result, Dormant feels a bit like a theme park where every ride and attraction is a haunted house, and every loading screen is the roped-off line you’re forced to stand in before you get on. You’re at the Ghastly Gas Station then suddenly you’re at the Distressing Diner and then the Chilling Church, but they all feel like they exist in isolation as opposed to inhabiting the same contiguous sprawl. It’s even worse when these jarring jump cuts between areas impacts the continuity, like when a handy zippo lighter you use to illuminate a path along a darkened highway early on is suddenly absent from your inventory when you’re shunted from that level to the next, only for it to be conveniently explained away by Edward saying, “I guess I must have dropped it”.

The difference in quality between Those Who Remain’s environments and its characters is just as discordant. While the lighting is certainly striking, from flickering neon signs to moody, moonlit corn fields, the human characters you meet along the way are unnatural-looking mud people, which makes them somewhat hard to empathise with. The mediocre quality of the supporting cast’s voice acting only makes it all the more challenging to completely invest in their fates.