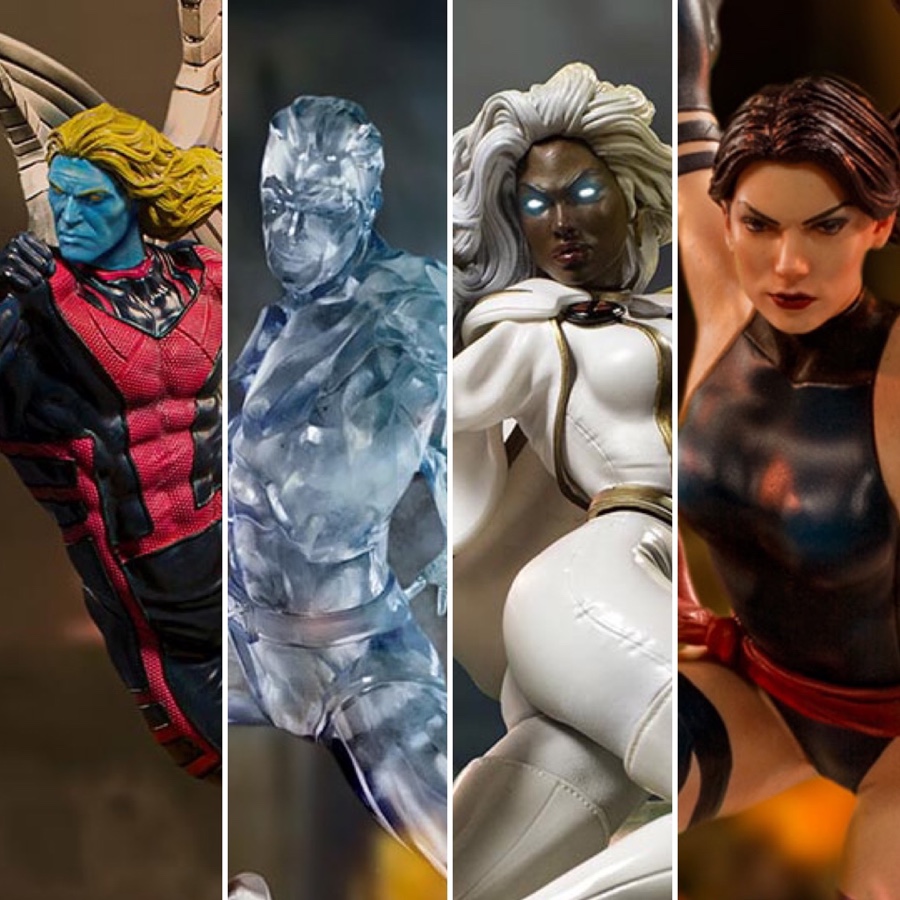 Marvel toy news is trickling in at a glacial pace during this global pandemic—but there’s at least one company that’s been going full speed ahead over the course of the past week, putting a whopping FOUR new X-Men statues up for order! Adding another quartet to their 1:10 scale BDS (Battle Diorama Series) of X-Men vs. Sentinel-themed resin statues, the Iron Studios Iceman, Storm, Psylocke and Archangel statues are all now up for order! How’d they come out? Let’s have a look… 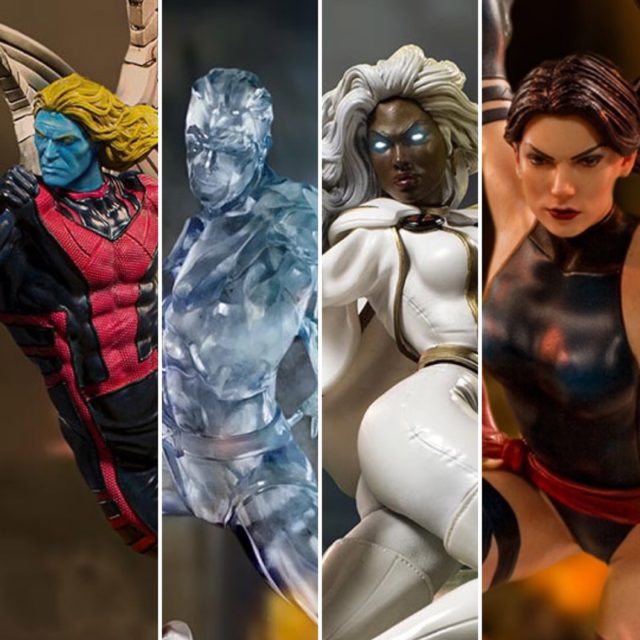 My brain basically exploded when I saw the flat-out freaking crazy complete Iron Studios Sentinels vs. X-Men diorama at New York Toy Fair 2020 last month, but then reality quickly set in and I realized there wasn’t a chance in Hell I would ever—ever—be able to display that gargantuan centerpiece of a diorama in my home (much less store the boxes from it).

Thankfully, there’s an alternative to purchasing the three $1500+ Sentinels—and that’s buying the individual X-Men team members made available as singular 1:10 resin statues at a sliver of the price. Over half a dozen other characters have previously been solicited, and this week Iron Studios added four more to the lineup… 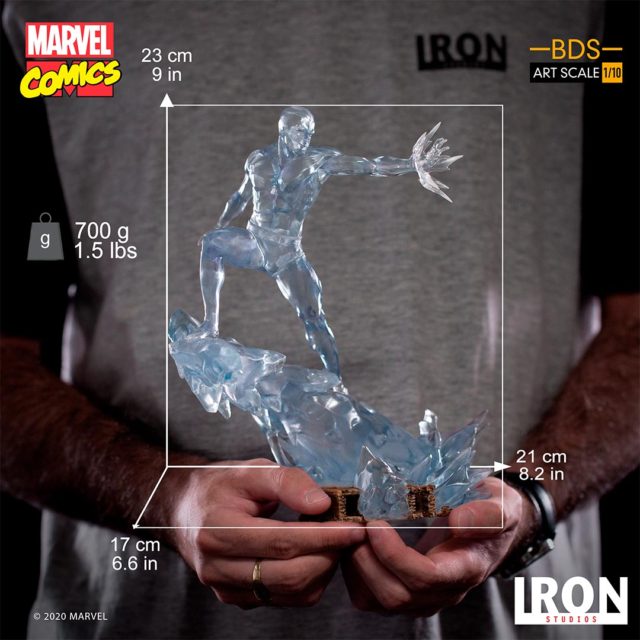 First up, we’ve got the one that I am most excited about by far: Iron Studios Iceman! While Bobby Drake has had his fair share of statues over the years, a lot of companies go with a more serious or angry expression on his face, which just doesn’t feel right to me. 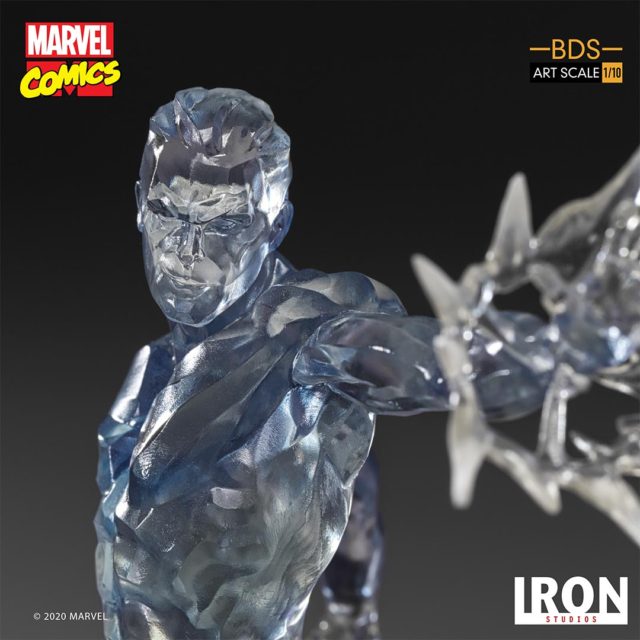 Iron Studios delivers an Iceman portrait that’s right up my alley, though, with a big ol’ smirk etched on Bobby’s face! This portrait is just perfect, in my opinion. 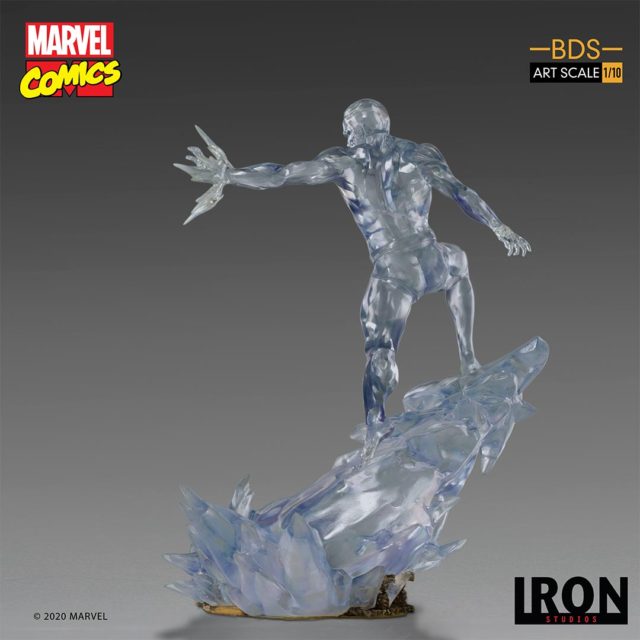 The rest of the statue is no slouch either, with the jagged ice slide and ice effects looking lively and dynamic. The clear resin has the perfect bluish tint to it—I just straight-up love the crap out of this piece. Winner. 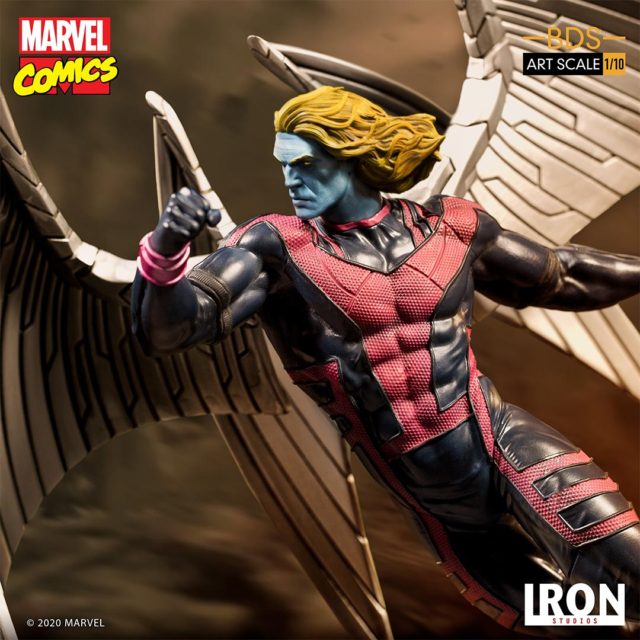 I’m not as enthusiastic about any of the other three new X-Men BDS, although I wouldn’t necessarily say that any of them are bad. I think the sculpt for Iron Studios Archangel is really quite nice, especially the way that they’ve got him posed in such a way to give the illusion that he’s actually flying. 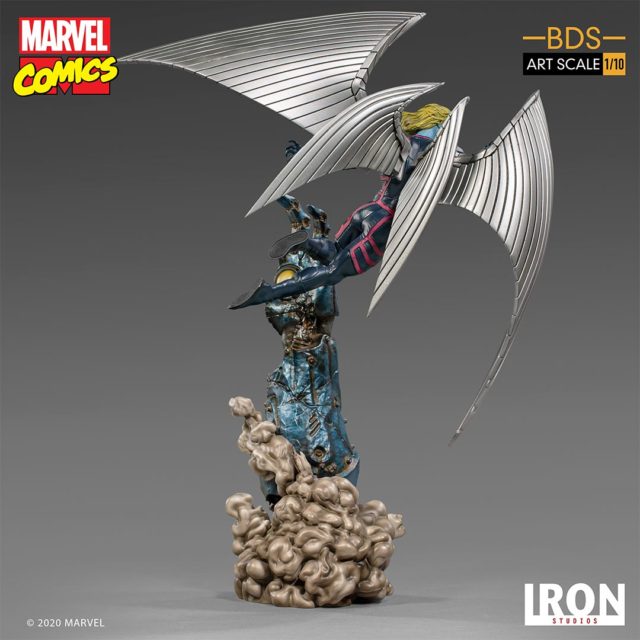 I’m not wild about Archangel having solely the head sculpt with flowing blonde locks, though—a swap-out skullcap Archangel portrait would have really sold this piece to me. It’s still a cool piece of a character that doesn’t get nearly enough merch, however. 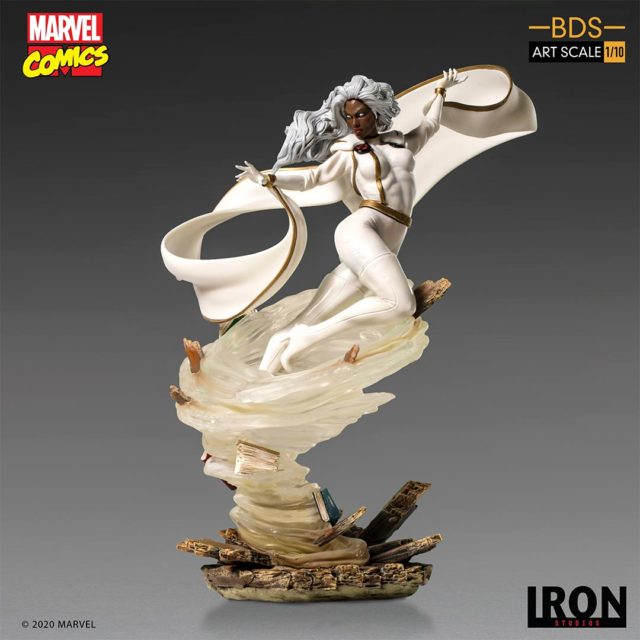 Iron Studios Storm has drawn some ire from some collectors as being a “ripoff” of the XM Studios Storm statue, which it is in fact reminiscent of. I really don’t know if it’s fair to call the IS Storm a “ripoff”, though—there’s only so many ways to accurately pose Storm flying in her most popular and iconic costume. 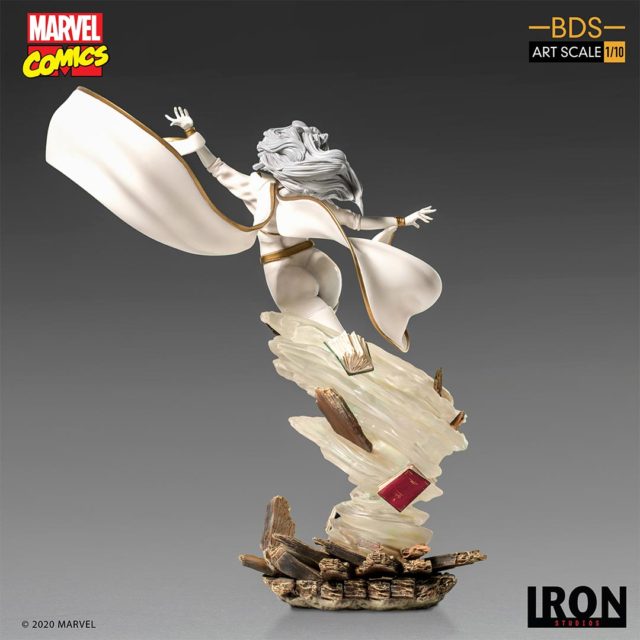 I think the design were Storm is generally solid here, but the positioning of her hand and the detail on her face and hair don’t look quite right to me. I think the tornado base with the flying book on it is slick, but this Ororo might be a pass for me. 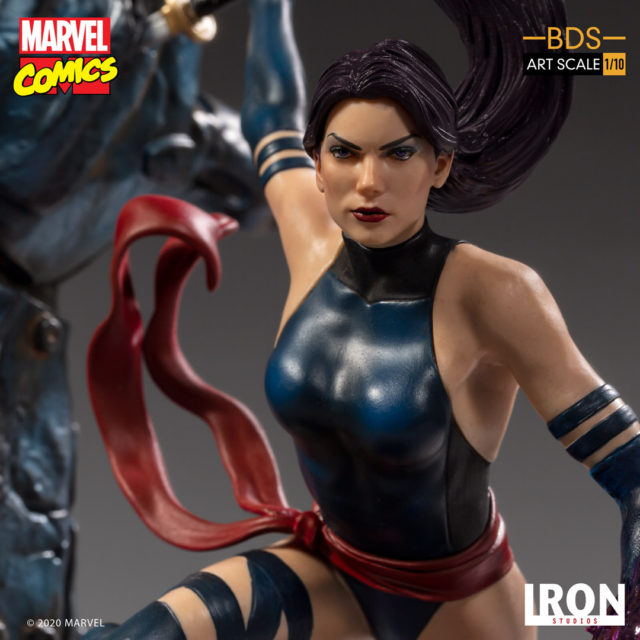 Finally, we’ve got the Iron Studios Psylocke statue, which I’ve got to say is just beautiful. Psylocke gets a sizable number of statues released—and I quite like the much criticized Sideshow Psylocke that released last summer—but I think this little 1:10 Psylocke may somehow surpass all the larger versions. 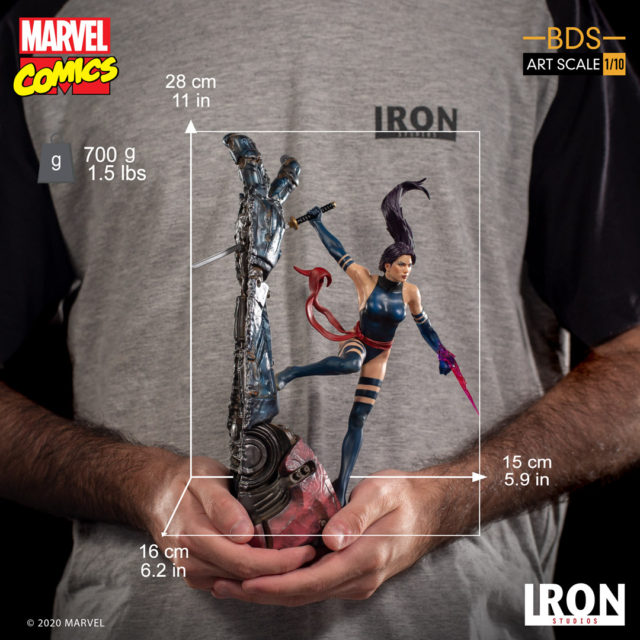 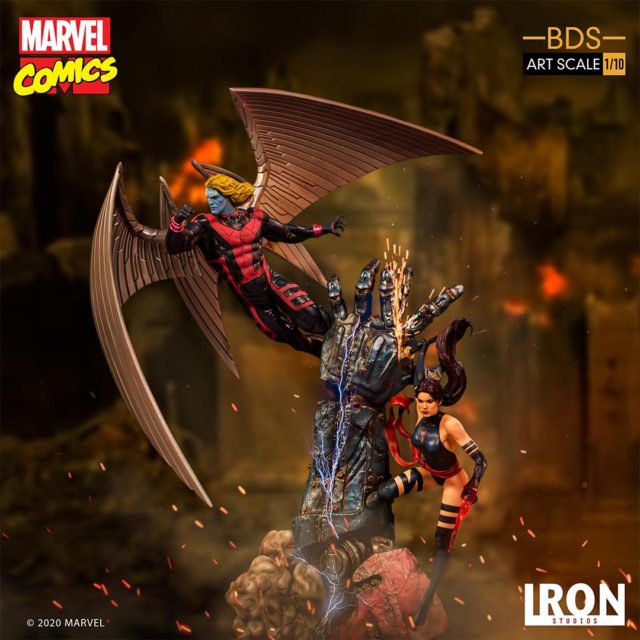 The Iron Studios X-Men Storm, Psylocke, Iceman and Archangel BDS statues are all up for order now, which scheduled release dates in the first half of 2021. That’s a heck of a long wait for 1/10th scale statues, but given the delays caused by COVID-19 and the superb quality Iron Studios has been delivering with their Marvel line, I think these are going to be worth the wait. I haven’t decided yet on some of the others, but I’ve already got that Iceman reserved!

You’ve heard my thoughts on them now, but what do you think of this latest batch of X-Men Iron Studios statues, Marvel collectors? Are any of you opting in for the monumental Sentinels themselves? And for those picking and choosing the individuals, which ones have caught your eye (and wallet)?