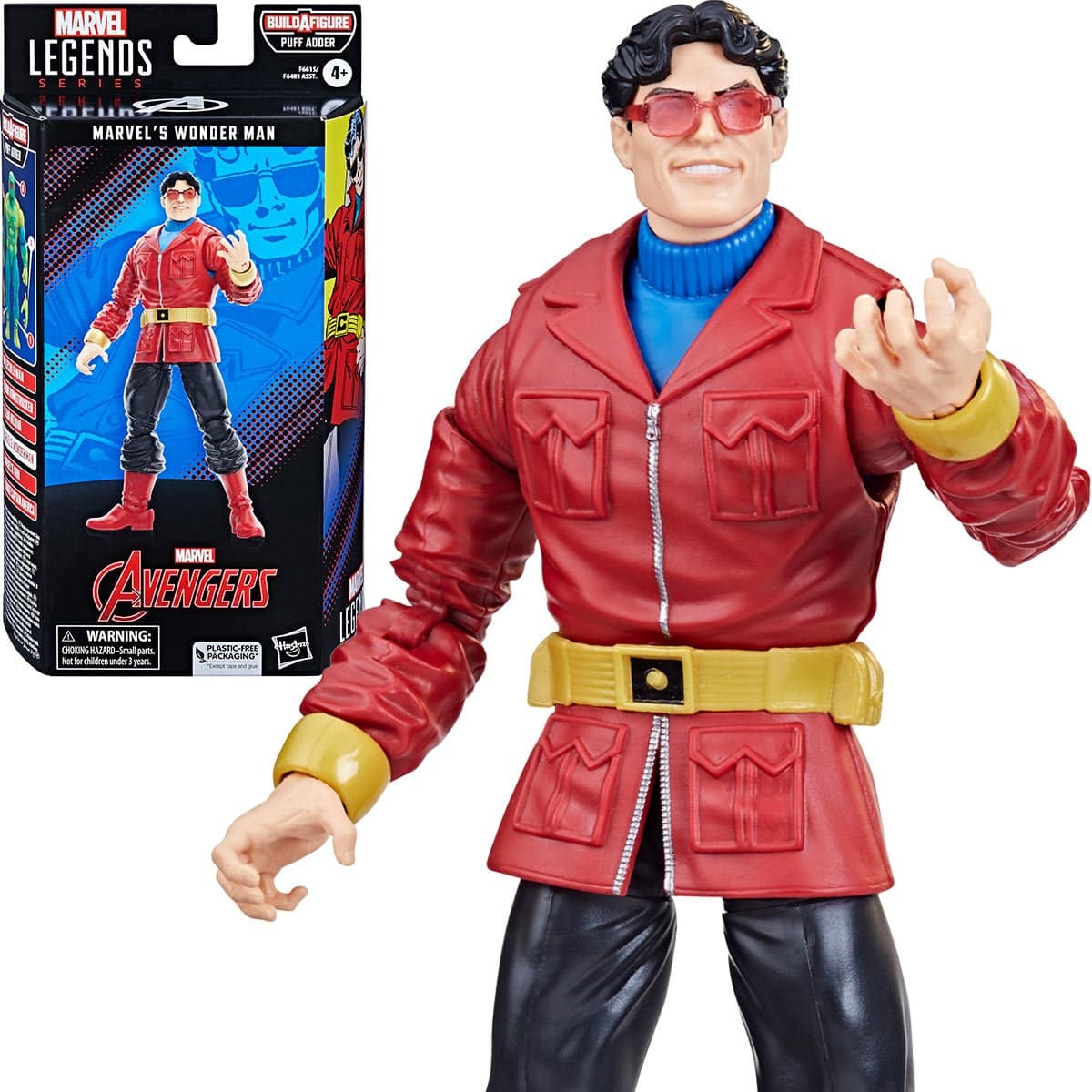 Last month Hasbro revealed a number of figures during NYCC and MCM which were held very close together and now they have shown off the promo images for the figures and have revealed the build-a-figure for the wave too. The wave consists of Ultimates Captain America, Extremis Iron Man, Baron Von Strucker, Yelena Belova, Wonder Man, Molecule Man, and The Orb.

I was thrilled with all the figures that they revealed and I am looking for most of the figures in the wave especially Captain America, Iron Man, Wonder Man, Baron Von Strucker, and the Orb. They all look unique and I am very impressed with all the sculpting on them, especially Captain America and Wonder Man. I have been hoping for the last few years that Marvel Legends would revisit Ultimates Cap as it’s been years since the Toybiz release so it really needed an update and he looks amazing I love all the detailing in his own costume.

I know Wonder Man has been on many fans’ lists for some time. I really like his glasses and his overall look. The Orb is a classic villain and looks incredible as does Baron Von Strucker with his head sculpt. The BAF is Puff Adder and I am not really familiar with but I really like his look. These figures are expected to be released next Summer but it’s likely they’ll be released earlier than that as is the way with Hasbro. Overall a great wave with some fantastic figures that I really want.

21 Savage Named Best Rapper Alive After Drake Collab, Fans Don’t Buy It
U.S. Senate Holds Hearing on Ticketmaster Operations: “The Solutions Are There for the Taking”
Players Are Already Getting Their Hands On Story Of Seasons: A Wonderful Life In Japan
Hogwarts Legacy Will Take 40 Hours to Beat, 100+ Hours to 100%
Original ‘Salem’s Lot’ Star Lance Kerwin Has Passed Away at 62