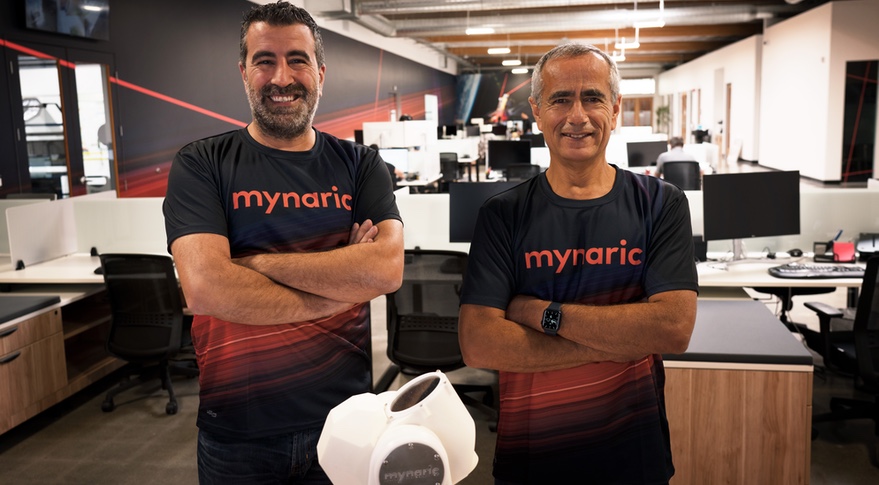 WASHINGTON — Mynaric has hired an experienced executive from the optical communications and semiconductor industries as its new president, charged with overseeing production of its laser communications systems.

Mynaric announced Aug. 18 that it named Mustafa Veziroglu as its new president. Veziroglu was previously chief operating officer for communications and sensing at SA Photonics and earlier held key positions at Xilinx and Lattice Semiconductor.

In the new role, he will oversee production, development and product management for laser communications systems that Mynaric is offering to commercial and government customers. He will be based in Germany, where Mynaric is headquartered; the company also has facilities in the United States.

A key priority will be scaling up production of laser communications terminals in anticipation of larger orders for satellite constellations. “The main challenge in the industry is how do we mature the design to a state where we can freeze it, and it’s good enough to meet the current need, and transfer it to manufacturing so that we can build those things in volume,” he said in an interview. “It’s that stage is where I think my initial focus is going to be.”

He said he was impressed by the steps Mynaric had taken to prepare for high-rate production. “It was really the nimbleness of the company and how they are leaning forward in terms of investment that company has made in preparation for really high-volume manufacturing,” he said.

Bulent Altan, chief executive of Mynaric, said he knew Veziroglu from his previous job and saw him as a good fit for the new role. “When we identified this president position, which is a very operational position for us, we decided to reach out to him,” he said in an interview.

The demand for laser communications systems, for both air and space applications, is for now dominated by government applications, Altan said. Mynaric was one of 11 companies and organizations selected by DARPA Aug. 10 for its space-based adaptive communications node, or Space-BACN, project to develop interoperable inter-satellite links. It is also Northrop Grumman’s supplier of laser communications terminals for its Space Development Agency (SDA) Transport Layer Tranche 1 satellite contract.

Altan, though, said he expected commercial satellite constellation developers to soon make decisions on laser communications links for their systems. “The year end will bring with it those commercial decisions,” he said, such as by Telesat and OneWeb’s next-generation constellation. “They are trying to figure out what their future in optical communications will be.”

Mynaric says its products can serve both commercial and government customers. “We are seeing a certain amount of divergence between the two markets when it comes to the required bandwidth,” Altan said. “The government is taking a more cautious route on demanding lower bandwidth versus the commercial players.” Mynaric’s system, he said, can adapt to both markets.

“There’s a learning curve,” said Veziroglu. “I believe that the learning from government will set us up for the much higher volumes for commercial.”

One challenge to scaling up production will be supply chain issues that are widespread throughout the space industry. “It helps that we are vertically integrated,” said Altan. He said electronics shortages involving higher-end components are an issue, but that the company has invested in stockpiling such items.