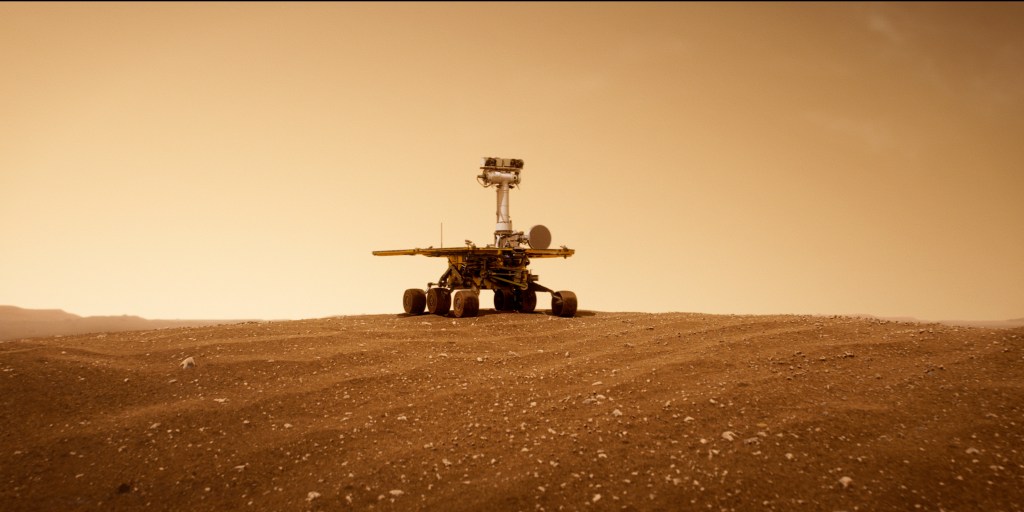 The movie produced by Jessica Hargrave, Darryl Frank, Justin Falvey, Brandon Carroll, and Matthew Goldberg tells the inspirational true story of Opportunity, a rover that was sent to Mars for a 90-day mission but ended up surviving for 15 years. The film follows Opportunity’s groundbreaking journey on Mars and the remarkable bond forged between a robot and her humans millions of miles away.

Said White, “We worked closely with our partners at Industrial Light & Magic to create visual effects that will transport audiences to Mars, so I am thrilled that Good Night Oppy will play both in theaters and on Prime Video. Oppy and her human team at JPL deserve to have their story told on the big screen and reach the widest audience possible.”

Darryl Frank and Justin Falvey, Presidents of Amblin Television said “Oppy’s story reminds us that there is no limit to human endeavor when bolstered by community and collaboration. We’re excited that audiences of all ages will have the chance to experience the bond between Oppy and her family on Earth, both on the big screen as well as at home with their own families, over Thanksgiving.”

Ahead Of His Zeus Debut In Thor: Love And Thunder, Russell Crowe Is Joining A Supernatural Thriller
Visby Medical tests positive for a Series E extension at $1B+ valuation
Broadway Box Office Holds Steady At $31M; ‘A Strange Loop’, ‘MJ’ Set House Records
Asus, Gigabyte Project Weaker Sales as Consumers Reject GPU Bundles
Taika Waititi Reveals The Hilarious Way The What We Do In The Shadows Movie Is Tied To The Hobbit Trilogy