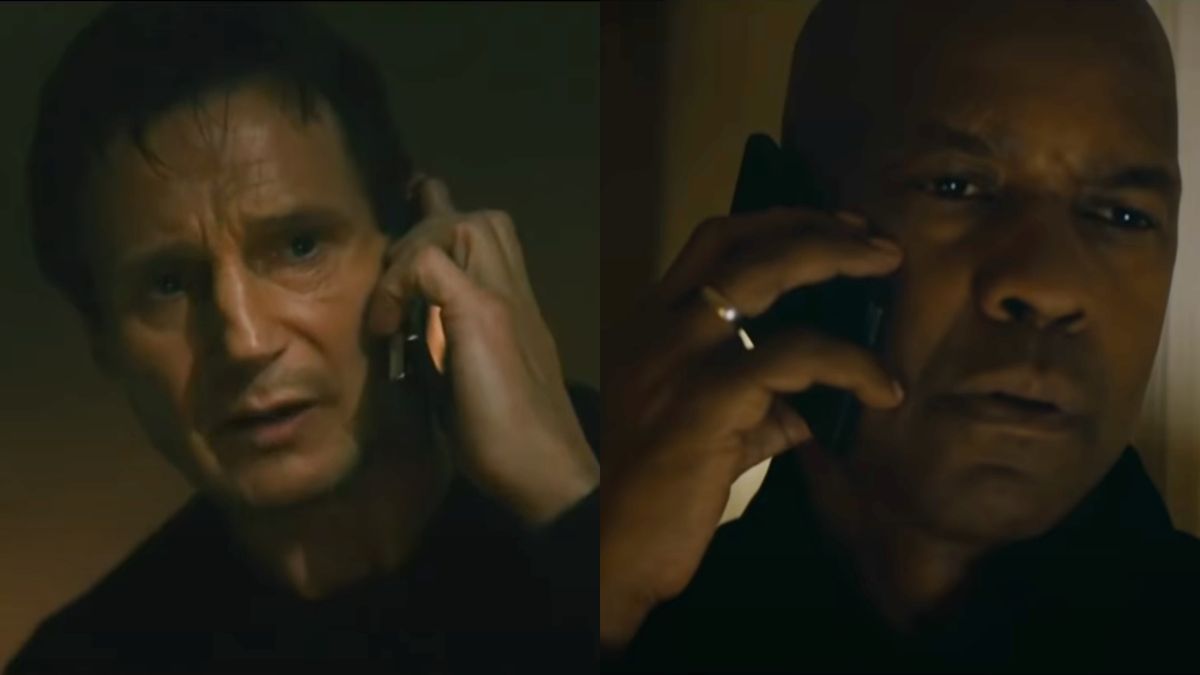 For someone who’s kicked as much ass as Liam Neeson has over the years, the art of action is something that has definitely caught the man’s eye. From Taken to Memory, and all the upcoming movies on the way, Neeson knows action, plain and simple. That why it’s impressive, and all the more exciting, that he’s recently admitted he’s obsessed with Denzel Washington’s Equalizer movies.

In a role that occupies the same sort of space as Liam Neeson’s action efforts, it’s Washington’s role as the cinematic Robert McCall that has the Irish actor fanning out. During an interview with Slashfilm to promote his recent psychological thriller Memory, Neeson recounted some of his acting heroes from his childhood. In that same breath, he voiced the following support for Denzel Washington’s acting abilities:

That right there is a spot-on take on Washington’s legendary acting career. Not only does that description sum up The Equalizer films rather well, but it could also apply to several other iconic Denzel Washington movies. You could just as easily use Liam Neeson’s words to describe his lead in The Tragedy of Macbeth as you could his performance as vengeful bodyguard John Creasy in Tony Scott’s Man on Fire.

Both of those movies see the Academy Award-winner as equal parts killer and sympathetic victim of fate, depending on how you view those stories of course. Even with the most lenient read on those parts, Denzel Washington’s acting abilities absolutely touch on both the vulnerable and the vicious. It’s a combination that even Liam Neeson has exhibited in his career, which is probably part of why he’s so drawn to the work of his peer.

Now that Liam Neeson has admitted himself as a fan of Washington’s body of work, it’s probably a safe bet that he was excited about the news that a third Equalizer movie is on its way. Of course, that enthusiasm could lead to some other exciting developments if all involved were properly motivated. In other words, maybe there’s a chance that Neeson and Denzel Washington could team up on either that new Equalizer film or another project down the line.

It’s not that crazy of a prospect, as Liam Neeson’s potential Naked Gun reboot can thank his love of Leslie Nielsen movies for staying alive as long as it has. It’s hard to think that Denzel Washington wouldn’t at least be curious to be a part of Neeson’s continued career in all-out action throwdowns. The only question is, should these two actors fight on the same side, or would it be more fun to pit them against each other on the big screen?

At the moment, Liam Neeson fans can catch his latest film, Memory, which is currently showing only in theaters. Meanwhile, Denzel Washington’s The Tragedy of Macbeth is available to watch with an Apple TV+ subscription.