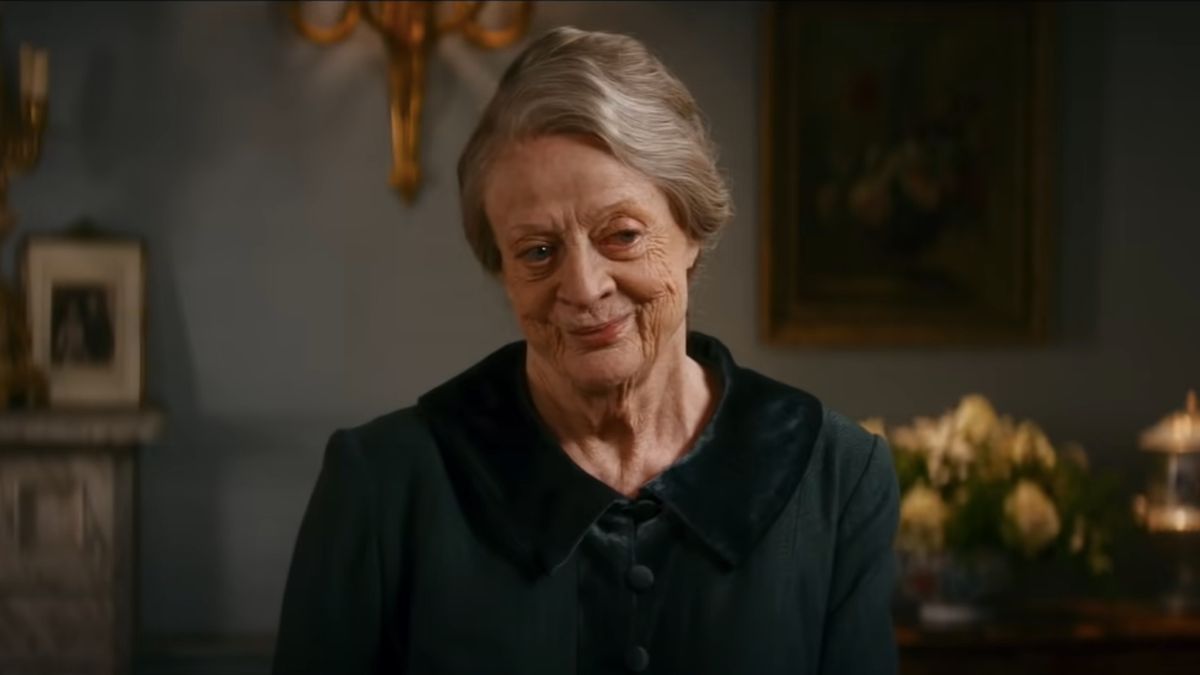 In the world of Downton Abbey, it’s hard not to imagine the Dowager Countess sitting squarely at the center of creator Julian Fellowes’ fictional universe. That’s not to downplay the importance of the spectacular cast that makes up the rest of the roster, but Dame Maggie Smith is clearly a fan favorite. Ahead of Downton Abbey: A New Era’s debut on the schedule of 2022 movie releases, the man behind the matriarch opened up about why Smith’s casting was such a coup for the series that started it all.

In the first of several fireside chats that Julian Fellowes will be having with other Downton cast members, the man himself spoke with Hugh Bonneville about that very subject. Here’s how Fellowes explained this notion in a video released by Focus Features:

Some roles (and in the case of Downton Abbey, some actors) are a good indicator of having a winning formula on your hands. Dame Maggie Smith’s Dowager Countess is absolutely proof of that assumption, as throughout the six season run of ITV’s hit drama series, she’s been a constant fan favorite. Always ready with a stern word or a couple of sharp barbs against her opponents, that adoration has carried over into the world of the films that followed the end of the Downton Abbey TV series’ run.

Of course, it’s that fondness that’s left fans anticipating massive heartbreak in Downton Abbey: A New Era, as there have been rumors that the Dowager Countess might be taking her last bow. With a long-held secret finally being revealed to the rest of the Downton family, Violet Grantham’s life and times seem to be a very important thread in this next chapter.

That sort of thing can be a sign that a character’s on their way out, and Downton Abbey is certainly no stranger to heartbreaking departures. Anyone currently caught in the middle of a catch-up binge of the previous entries as a Peacock subscriber can tell you that, and there’s certainly going to be plenty of others joining those ranks in the weeks to come.

Whatever the future holds in store for Maggie Smith’s iconic character, there are some things we can automatically assume. One is that if there is a death in the cards for Downton Abbey A New Era, Julian Fellowes probably has a good reason for giving Violet Grantham, or whomever the bell tolls for this time, such an exit. Another assumption is that whether or not there’s room for Dame Smith to return yet again, so long as there’s a good reason behind it all, she’ll be game.

The wait is almost over for domestic audiences, as Downton Abbey: A New Era is set to open on May 20th. Meanwhile, moviegoers in the United Kingdom will get to dig in a month early, with the film’s debut set to take place tomorrow. Either way, be mindful of spoilers, as they’re undoubtedly going to be flying fast and furious once that first showing lets out. So for the sake of the Dowager Countess, mind your spoilers in the name of being good company.

Twitter sues India’s government over content takedown orders
This record-fast nova could be seen with the naked eye for a day and then vanished
‘Final Destination 6’: Jeffrey Reddick Teases That the Next Movie Switches Up the Franchise Formula
Cineworld & CEO To Be Fined By Israeli Court Over Local Distribution Matter
FRIGHTGOWN Screening Series Returns to Celebrate Queer Indie Horror This Summer