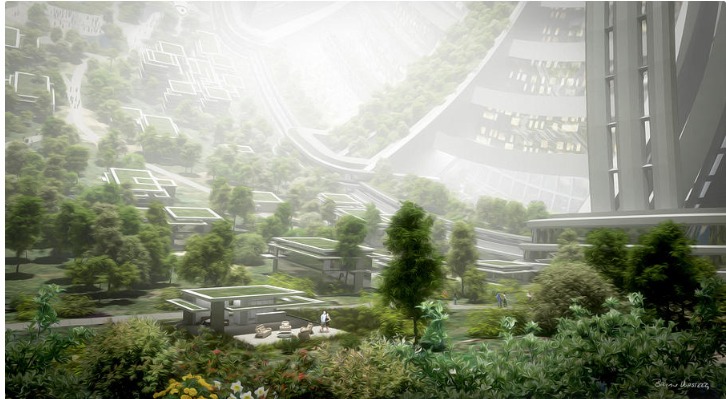 For the first time, three branches of the US government–the US Space Force, the Department of Defense’s Defense Innovation Unit, and the Air Force Research Laboratory–have issued a report together, the 2021 State of the Space Industrial Base Report.   And that report has been endorsed by both the NASA Administrator and the Space Force Chief of Space Operations

The report shows that if we want to stay ahead of China and uplift even the poorest among us, we have to turn to life’s next resource base, space.  Or, as Howard Bloom, head of the Space Development Steering Committee and the man who co-founded the Asian Technology Summit, puts it, “Space can save the earth.”

The 2021 State of the Space Industrial Base report calls on our nation’s leaders to make space development and settlement the national vision.  “Development means mining in the sky, not here on earth,” says Bloom.  “And settlement means building human communities and planting ecosystems on the moon, Mars, and in the spaces in between.  Together, development and settlement mean opening something new, something that will nourish the earth for centuries to come, a space economy.”

The State of the Space Industrial Base report urges the nation’s leaders:

In the past, we’ve depended on NASA to put humans into space.  But the State of the Space Industrial Base report says that  private sector companies like SpaceX, Blue Origin, and Northrop Grumman can be the engines of space development and space settlement.  Says the report, the private sector has become a major source of space innovation.  The report also recognizes that from here on out, rockets will have to be reusable to bring down the cost of launch and to establish a space transportation system that operates as reliably as an airline, with scheduled flights every day.

Clean energy tech needs to be pursued despite the mining it involves, New Scientist, November 11, 2021,