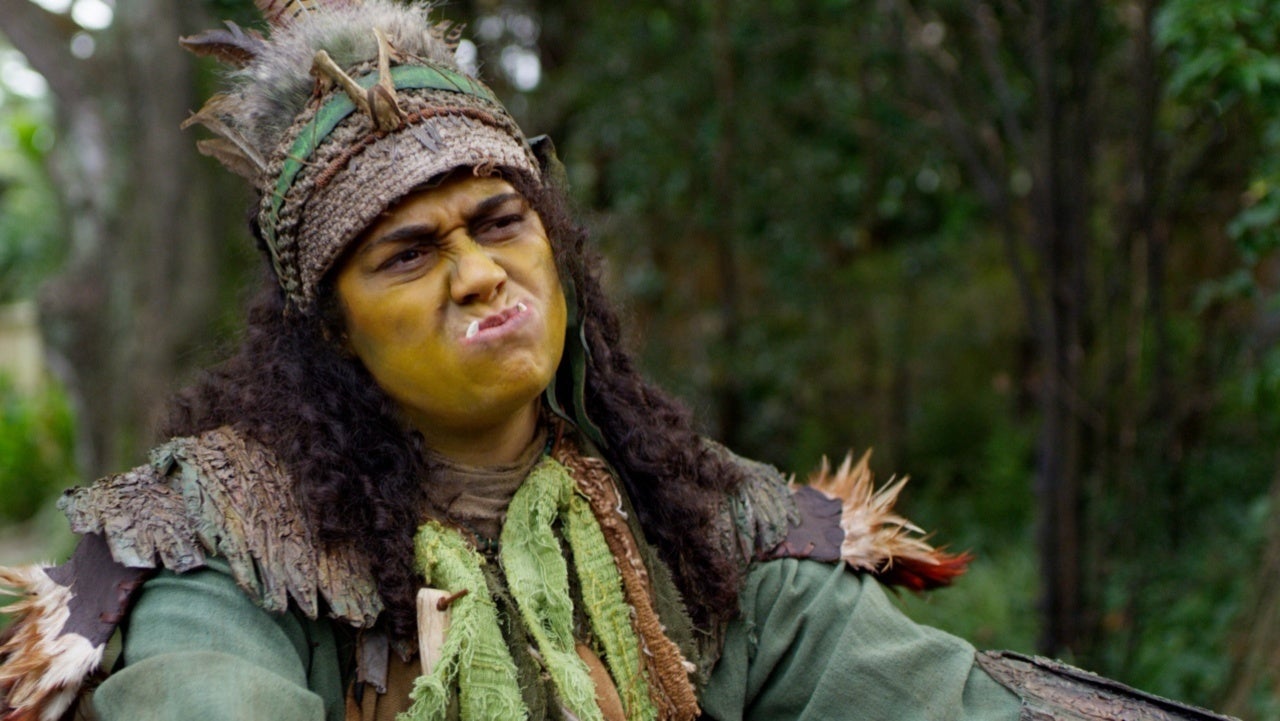 Viva La Dirt League’s new Dungeons & Dragons series launches today. The New Zealand-based sketch comedy channel’s new scripted series, D&D Logic, is a humorous take on tabletop roleplaying similar to how NPC Man or PUBG Logic delved into MMORPGs and PUBG fandom. The 10-episode series follows a D&D campaign, showing the action “in-world” from the perspective of the characters who have to deal with the sometimes inscrutable and unpredictable actions of the players.

To help delve into the world of D&D Logic and learn more about the show, ComicBook.com spoke with series creative leads Adam King and Robert Hartley via email:

Adam King: I think that people’s interest in our content isn’t just that it’s ‘comedy skits’, it’s that we really delve into the games and the community that we’re making fun of. Whether it be fantasy MMOs with NPC Man, PUBG, Red Dead, Dark Souls, or the reality of retail work and everyday life – we like to think we’re showcasing real, relatable moments in a funny and unique way. So with our, and Rob’s passion for D&D, we wanted to extend that into the D&D world.

Robert Hartley: Also, the world of D&D isn’t as dissimilar to the world of video games as you might think. Within the high fantasy settings of World of Warcraft, Elder Scrolls, Dragon Age, and countless others, players create customisable characters and adventure in an open-world sandbox game, sometimes teaming up with other players or NPCs to go on quests and slay monsters. Sounds pretty D&D to me, even before considering Baldur’s Gate and Icewind Dale and other video games literally set in the D&D settings.

Is this a totally scripted project or did you have the cast/writing team sit down at all to play D&D for the show?

King: Unlike our D&D campaign on our second channel, this one is totally scripted. Though I believe we might do it round the other way and play some games based on the narrative of the show? Rob might be able to shed more light on this.

Hartley: Yes, this one is entirely scripted, though I did want the actors to at least know what it was they were going to be parodying, so for those of the cast who hadn’t ever played, I got them round to my place and ran an introductory oneshot for them. They played as the characters they were going to play in the series but nothing from that game made it into the scripts… yet.

Could you explain the basic plot of D&D Logic? What sort of campaign does it follow, who are the characters, etc.?

King: I’ll let our talented writer Mr. Robert Hartley take the stage on this one.

Hartley: So while it was important to me that each skit could stand alone, and be watched out of order or context of the others, I also wanted to reward those who do watch them all in order with a semblance of a throughline. So season one roughly follows the same general arc that you expect from a short campaign: meeting the rest of the party, working out how combat works, learning a little more about each other’s flaws and strengths, exploring the world of the campaign and fighting a Big Bad Evil Guy (BBEG) at the end.

What were some of the challenges of bringing D&D Logic from concept to a finished product? How did production differ from Epic NPC Man or some of your other sketch comedy shows?

King: D&D Logic is one of our biggest productions by far. It has our biggest cast, with nine main actors and a completely new overhaul for costumes for all of them. Four characters are in full prosthetics and face paint, with a further three in smaller amounts of prosthetics, as well as more diverse locations and longer sketches. This project has put our crew to the test in a fantastic way, and I really think it is going to show on screen.

Hartley: D&D 5th Edition has 13 different classes that you can play as (wizard, fighter, rogue, barbarian etc) and I knew that I wanted this to feel like an ensemble, rather than one main character. After all, the whole point of the game is to play as a team of adventurers, working together against the challenges thrown at you. So I initially didn’t know which classes to focus on and assigned all 13 classes a role. It was then at a production meeting that I was reminded how that means a significant increase in cast size and budget! So I then went through and wrote out 4 of the classes, to save them for a later season, perhaps.

There are several live or animated projects based on D&D in the works right now, including a full-length movie. Why is now the right time to adapt D&D games into more traditional media?

King: As a Dungeons and Dragons novice, I can see that D&D is having a massive resurgence right now. Whether it’s people’s desire for interaction within storytelling, or the acceptance of geek/nerd culture into the mainstream, or even just people jumping on the hot topic, it really feels like peoples interest is either lightly piqued by the game or they’re already fully immersed and are looking for ancillary content to enjoy even more.

Hartley: Yes, Adam has said it well. I can’t explain why D&D has become so popular recently any easier than I could describe the shape of a flame. I can certainly speculate, but what use is that to anyone. All I know for sure is that it is played by more people than ever before and there is an audience for D&D content.

If D&D Logic ends up being as popular as some of your other shows, would you want it to continue beyond the initial 10-episode run?

King: Even from before we started shooting we were pretty confident that our audience were going to love D&D Logic and already talk internally about what we want to showcase within Season 2, Season 3 and beyond. There are even some little easter eggs, character points and story points that we are setting up in season 1 that wont pay off until later seasons. So we’re most certainly in the mindset of future seasons.

Hartley: I have a list of around 50 ideas for skits so I certainly hope it continues! And as Adam says, I have deliberately set up jokes that I don’t intend to pay off until season 4 or beyond! As a DM, I am used to playing the long game!

Is there anything else you’d like to tell our readers to get them to tune into the show?

Hartley: Couldn’t have said it better myself. There’s something in here for a huge range of interests.

Leaker Reveals Images From New ‘Silent Hill’ Game?
Kendrick Lamar Releases New Album Mr. Morale & The Big Steppers: Listen and Read the Full Credits
Top Twitter execs, including heads of revenue and consumer products, are out following Musk deal
Downton Abbey Star Shares Funny Story About The Maggie Smith-Oriented Request She Had On The A New Era Set
Octopuses tragically destroy themselves after mating. We may finally know why