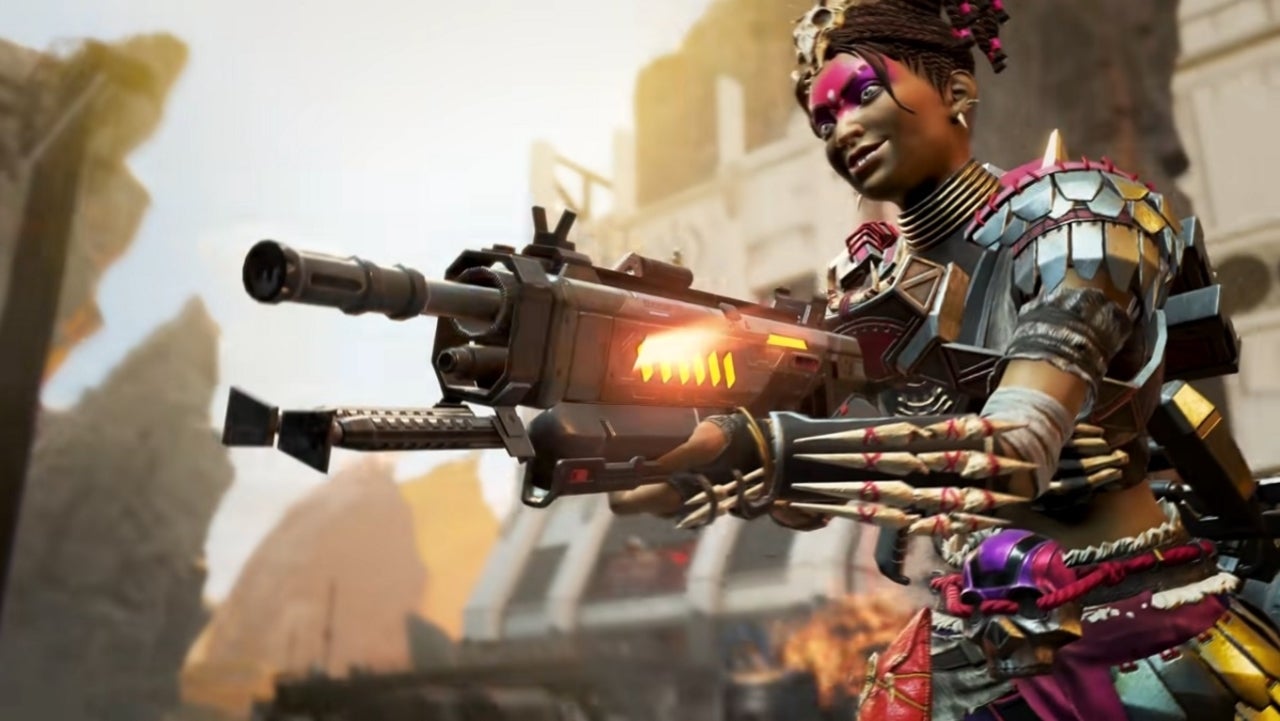 Apex Legends is getting a new weapon called the “Rampage” when the Emergence season begins on August 3rd. It’s an LMG created by Rampart herself, and although it’s a slow-firing weapon, it comes with an innovative feature that allows players to load a Thermite Grenade into it. Ahead of the new season’s start, Respawn Entertainment shared a video that showed off more of this weapon and exactly what players can expect from it.

Respawn teamed up with content creator staycation to produce the video below that shows the Rampage in action over in the Firing Range. It holds 46 rounds when equipped with top-tier attachments and puts out a continues stream of fire, but it shoots slower than any other weapon in Apex Legends.

Meet Rampart’s newest invention: the Rampage LMG. Not only does it pack a punch, but a surprising source of firepower as well. 💥

We tapped @staycationtg to arm you with info about our newest weapon so you’re ready to cause a ruckus when Emergence begins Aug 3. pic.twitter.com/oAcqYiu0Vw

The real trick that the Rampage boasts compared to other weapons is how it cooperates with Thermite Grenades. If you’ve got one handy, you can load it into the weapon to speed up its rate of fire.

Over on the Apex Legends YouTube channel, Respawn and Electronic Arts shared a separate preview of what the weapon can do as part of the new season’s first gameplay trailer. It showed the Rampage busting down doors, so don’t expect to be safe behind those whenever Season 10 starts.

“And there’s plenty of chaos to go around: thanks to overmining, World’s Edge is crumbling beneath the Legends’ feet,” Respawn said about the new season. “Seer’s not the only one with an eye for potential: Rampart’s taken the opportunity to invent a new LMG that turns Thermite Grenades into literal firepower. Call it the Rampage.”

Apex Legends: Emergence is scheduled to get underway on August 3rd across all platforms.