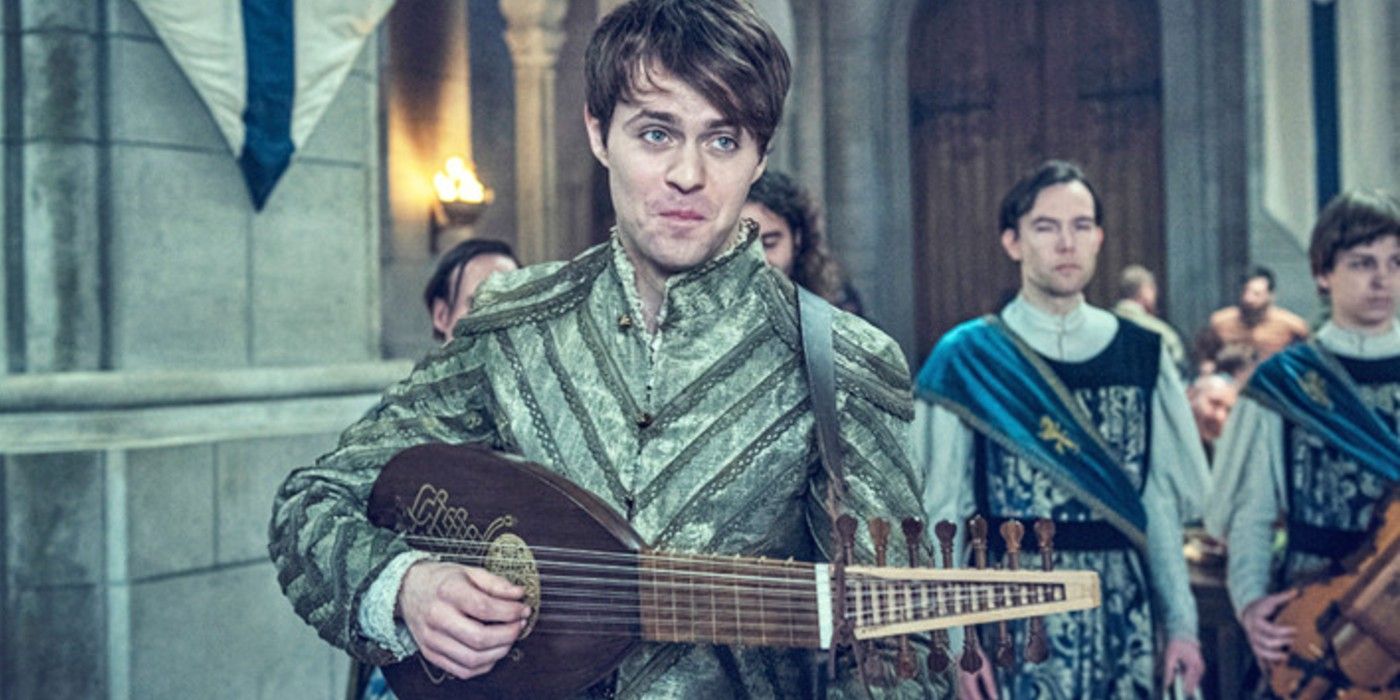 Netflix pokes fun at The Witcher‘s Jaskier age confusion with the Old beach meme. The Witcher premiered on Netflix in 2019 and is based on the popular book series by Polish fantasy author Andrzej Sapkowski and the three video games the books inspired. The eight-episode first season, adapted primarily from the author’s short story prequels The Last Wish and Sword of Destiny, was well-received by fans and critics and was renewed for a second season that will hit Netflix on December 17 of this year.

The Witcher is well-known for its confusing timeline. The first season followed Henry Cavill’s monster slayer Geralt of Rivia, Princess Cirilla of Cintra (Freya Allan), and the powerful sorceress Yennefer of Vengerberg (Anya Chalotra) through different points of time as their destinies become entwined, eventually merging into a single timeline by the end of the season. However, to add to the confusion of the non-linear timeline for fans is that the character Jaskier (Joey Batey), a human, does not seem to age at all throughout the roughly 20 years of Geralt’s timeline in season 1. Jaskier was the fan-favorite bard who accompanied Geralt on his journey, much to the Witcher’s annoyance. Now, Jaskier’s apparent agelessness is getting the meme treatment.

Related: How The Witcher Has Already Teased Jaskier’s Season 2 Return

Netflix poked fun at The Witcher‘s aging inconsistencies with a new meme circulating the internet. M. Night Shyamalan’s new thriller film Old centers around a group of people who discover a secluded beach that causes them to age rapidly and experience their entire lives in one day. In a tweet, Netflix Geeked acknowledged Jaskier’s ageless looks with an Old-inspired meme. See the tweet below:

The beach from Old has become a meme since Shyamalan’s thriller premiered last week. The film has also done quite well at the domestic box office, already hitting number 1 this past weekend, beating Space Jam. While reviews for the film have been very mixed, it is still generating a lot of buzz on the internet and audiences are still heading to the theaters to see the horror director’s latest flick.

Netflix giving Jaskier the meme treatment is perfect, especially heading into The Witcher season 2 later this year. Fans have figured out that Jaskier was around 18 when he met Geralt, which would make him about 42 by the end of the season. In a Reddit AMA, showrunner Lauren Schmidt Hissrich even admitted that this was just a mistake on the show’s part by not having Jaskier age and that they would better address this in season 2. However, some fans have come up with other theories, including the idea that Jaskier is actually immortal or that the whole show is being told from Jaskier’s point of view, so he would choose to see himself younger. Whatever the reason is, it’s probably funnier to just call it a plot hole and make a meme out of it.

Molly is a movie/TV news writer for Screen Rant with a love for all things pop culture. She received her bachelor’s in Journalism from George Mason University and her master’s in Journalism & Public Affairs from American University. She’s written for a variety of online publications, including her online graduate publication The Wash, Her Campus and Arlington Magazine. She especially loves writing about movies, TV and musical theatre.