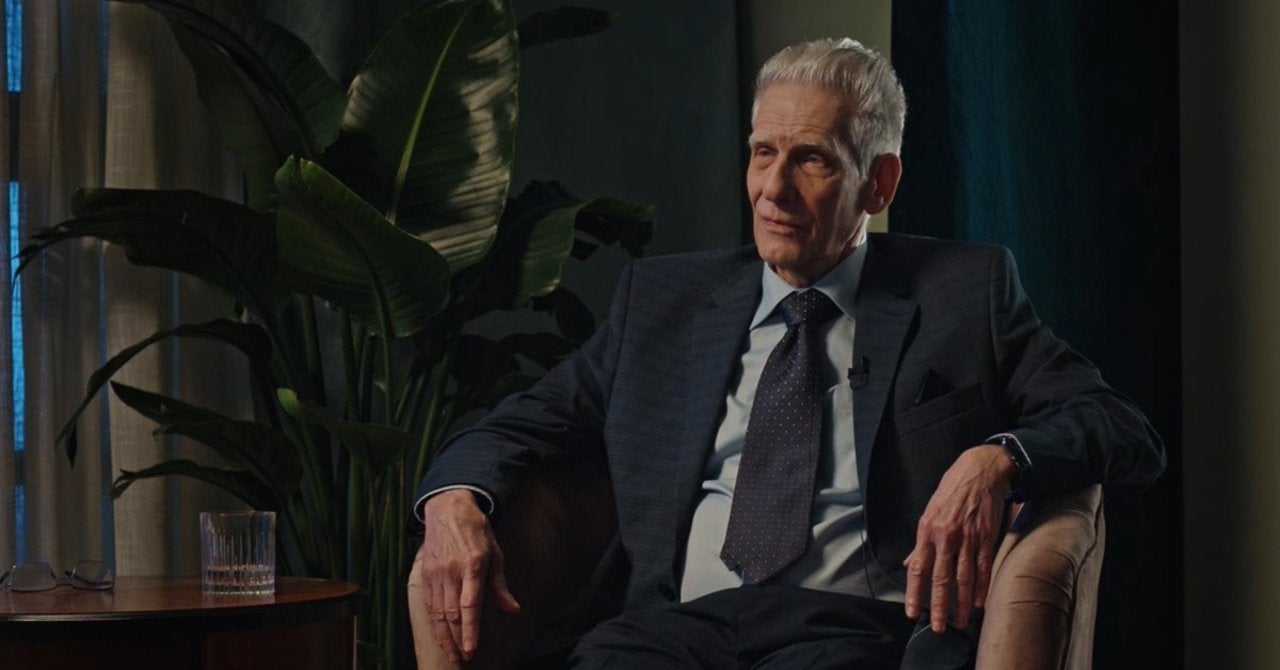 Thanks to films like The Brood, The Fly, and Scanners, filmmaker David Cronenberg is considered one of the most beloved genre filmmakers in history, though his skills aren’t limited to being behind the camera, as he’s made for just as captivating a figure on-screen as well. While many of his roles might be relegated to being glorified cameos in horror films, Season 4 of the horror anthology series Slasher sees the filmmaker playing an integral role in the unsettling narrative, an experience that makes for one of his most ambitious endeavors. You can check out an exclusive featurette above in which Cronenberg talks about joining the cast of Slasher: Flesh & Blood before it debuts on Shudder on August 12th.

Slasher: Flesh & Blood follows a wealthy but dysfunctional family gathering for a reunion on a secluded island. Their old wounds and competitive rivalries flare up when the family realizes a masked killer is among them, intent on cruelly picking them off one by one.

“Slasher: Flesh & Blood is like Knives Out done by John Carpenter and takes the Slasher franchise to a new level with a gripping and scary story about family secrets, intrigue, murder, and legacy,” Shudder general manager Craig Engler shared when news emerged of the series heading to Shudder, per Rue Morgue. “We’re incredibly lucky to have David Cronenberg, an icon of the genre, giving a standout performance as the fearsome, intimidating patriarch of the Galloway family who sets the tone for the shocking twists, crazy mysteries, and total mayhem that’s to come. Shudder members won’t want to miss a single episode of this incredible event series.”

As Cronenberg himself noted, his reputation and demeanor often result in him portraying specific archetypes in films and TV, having even starred in multiple episodes of Paramount+’s Star Trek: Discovery. Despite how well horror fans know his reputation, Slasher: Flesh & Blood will likely offer audiences things they never anticipated from the filmmaker.

Are you looking forward to checking out the new season? Let us know in the comments below or contact Patrick Cavanaugh directly on Twitter to talk all things Star Wars and horror!