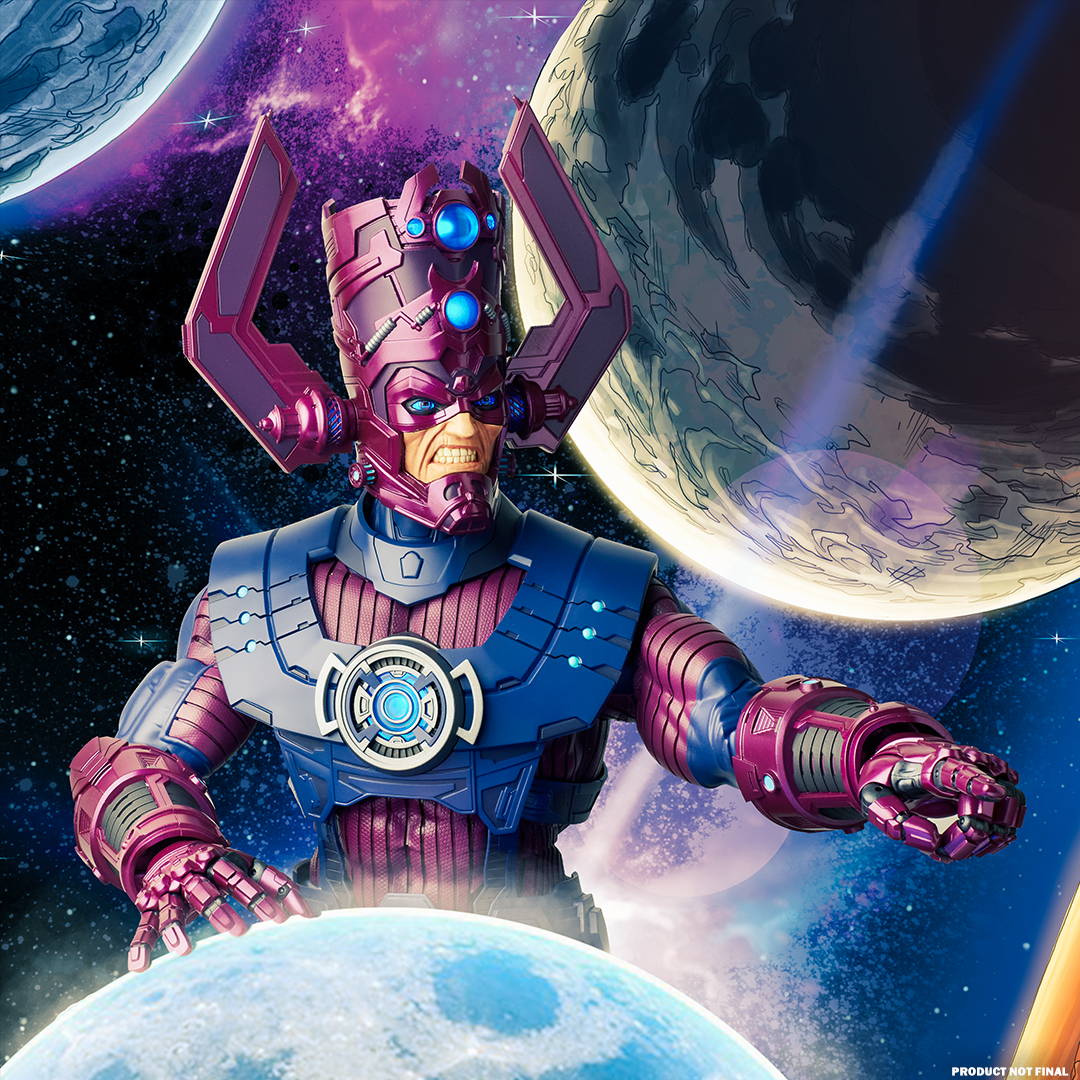 For a while now Hasbro has been teasing a new Marvel Legends Haslab project for some time now and now they have revealed it and it’s Galactus the eater of worlds! This figure looks fantastic and Galactus stands at a whopping 32″ tall. As you would imagine this figure looks absolutely fantastic.

From the image, you can see a standard Marvel Legend figure is incredibly small compared to the size of Galactus. As you would imagine this Haslab Galactus comes with a number of accessories when they go beyond their goal and announce stretch goals as they did with the Sentinel.

I would absolutely love to get this figure but unfortunately, I won’t be able to afford this one as it’s over $300 and I know I won’t have the money by the end of next month to afford it. Here’s the press release from Hasbro:

The Devourer of Worlds. He Who Hungers. A living embodiment of entropy and survival. A universal constant. A force of nature. Hasbro Pulse proudly presents the next fan-funded HasLab project: Marvel Legends Galactus!

A near-omnipotent being who must consume entire planets to survive, Galactus cares not for the lives doomed by his hunger. His is a power beyond mortal understanding…and an appetite without limit.

From the depths of the Marvel Cosmos, one of the most iconic characters in comic book history has arrived as the next Marvel Legends HasLab project. Galactus is a truly out-of-this-world figure in and out of the Marvel Universe, and here you will have a chance to help bring him to life.

Hasbro Pulse invites you to join us in bringing the Great Devourer to our world, with all the features and detailing you know and love from the Marvel Legends Series. At a staggering 32” tall and covered in intricate LED-enhanced detail, he’s the largest and most complex Marvel Legends figure ever: