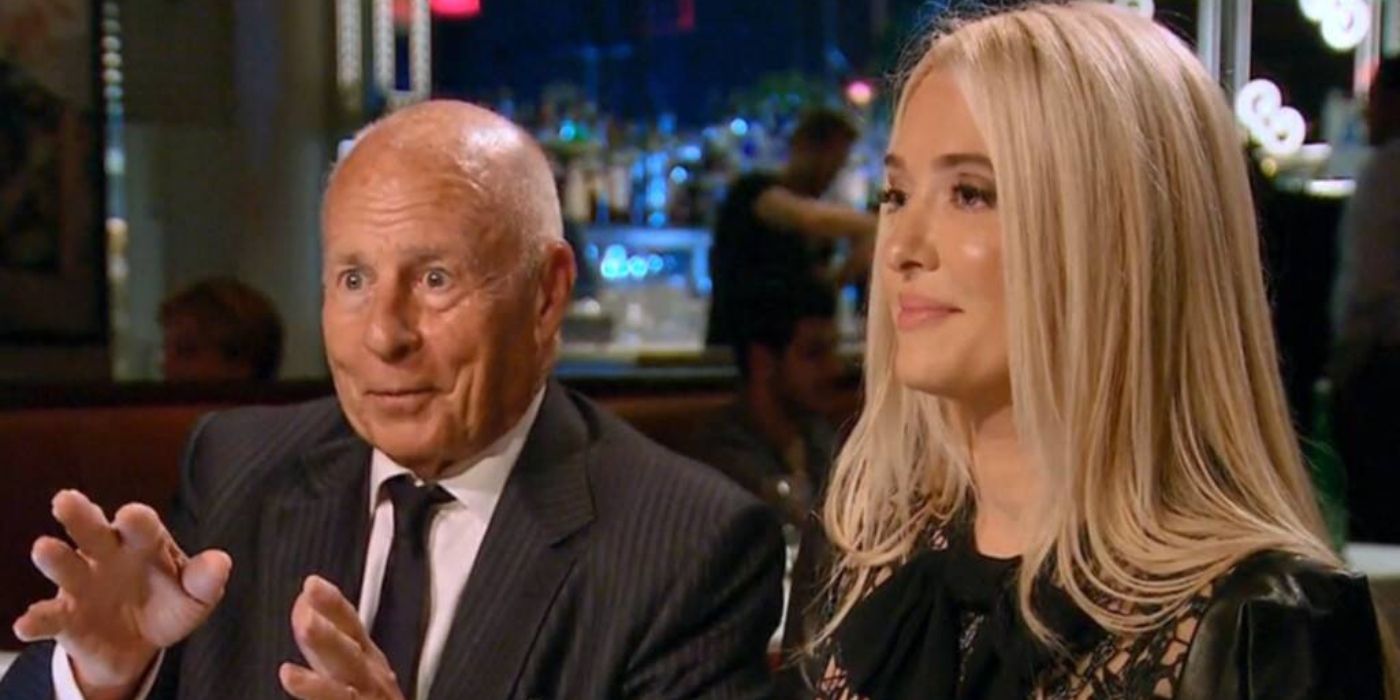 Tom Girardi, the estranged husband of The Real Housewives of Beverly Hills star Erika Jayne, has broken his silence on his conservatorship amid his multiple lawsuits and health issues. The couple announced their divorce in November 2020 after more than 21 years of marriage. Since then, the pair have been accused of keeping money from clients who were the victims of the Lion Air Flight 610 plane crash. In fact, some believe the divorce is a sham and was their way of embezzling money.

Toward the end of Wednesday night’s brand new episode of the Bravo series, the women find out through text that Erika had filed for divorce from Tom earlier that day. Kyle Richards, Lisa Rinna, and Dort Kemsley immediately hopped on a Zoom call together and were shocked by the announcement. The women had no idea the couple’s marriage was in trouble, as they were with Erika a few days earlier for their cast trip in Lake Tahoe.

Related: RHOBH: What We Know About The Erika Jayne & Tom Girardi Documentary

On Wednesday, Us Weekly reported that the former lawyer attended a virtual court hearing where he addressed his conservatorship for the first time. His brother, Robert Girardi, was placed in control of Tom’s wellbeing, estate, and finances. “Obviously, I disagree with the conservatorship altogether,” the 82-year-old said to the judge. Tom also detailed his plan to end the conservatorship. “I think that we should put together the reasons why the conservatorship should be dissolved, and then we’ll address it, address the court,” he said, noting, “right now, I have nothing to say to the court.” In spite of Tom’s plea, the judge ruled Robert should remain in charge of decisions regarding Tom’s healthcare, daily dealings, estate, and finances.

Tom was put under a temporary conservatorship in February after his brother took control of his daily activities and personal care. The decision to place Tom under the conservatorship came after one of his attorneys claimed in December 2020 during a court hearing that he was hospitalized for an undisclosed serious illness. The unknown disease led raised some eyebrows about Tom’s mental state, and the conservatorship was put into place. A few months later, in March 2021, court documents revealed the former layer was diagnosed with early-onset Alzheimer’s and dementia after undergoing a medical assessment as part of Robert’s efforts to become his permanent conservator. As a result, the Los Angeles powerhouse attorney lost his license and can no longer practice law.

Erika has yet to discuss her divorce from Tom and the legal issues to follow in the current season of The Real Housewives of Beverly Hills. Viewers got a glimpse into the drama on Wednesday night, but only regarding the filing. Now that Tom has spoken out for the first time, fans are wondering if he will have anything to say regarding the new season.

Next: RHOBH: Erika’s Finances to Be Investigated As a Part of Legal Battle

Sabrina is a copywriter/content specialist with a passion for writing. She graduated with a BA in English and a certificate in Social Media marketing. During her downtime, she loves watching tv and spending quality time with her adorable puppy.