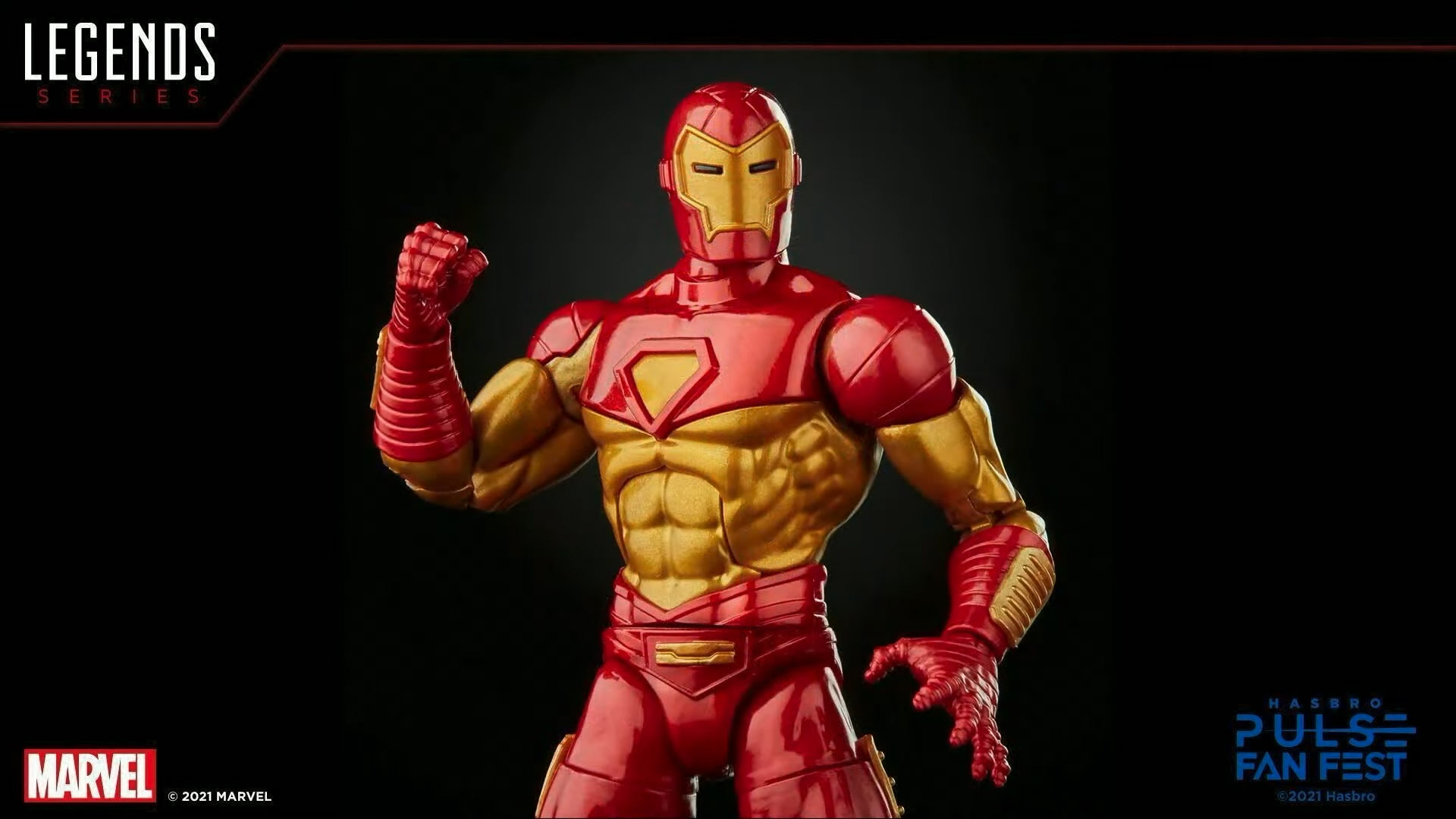 As you already know Hasbro had their Pulse Fan Fest 2021 event last night revealing products from all their biggest licenses. For their Marvel Legends Panel, they revealed a complete Iron Man wave along with the Build-a-Figure Ursa Major, a roleplay Eye of Agamotto, more retro Marvel figures, Quasar packaging shots, some teasers as well as the Marvel Legends Endgame Thor!

I don’t collect the retro figures though I do see their appeal and I really do like the art cards for them as well, they do look fantastic and very retro. It’s nice that Hasbro is expanding their Marvel Legends Prop replica line with some more affordable replicas and the Eye of Agamotto looks absolutely fantastic and I love that you can either have it on a stand or wear it. Also with the time stone being removable is a fantastic touch. I would really love to get it!

It has been rumored for some time that one of the upcoming Marvel Legends waves would be Iron Man-themed and those rumors turned out to be true and I for one am very excited for this wave. I personally really love the look of the Stealth Suit Iron Man, Ironheart, and the Modular Iron Man figures. I missed out on the 80th anniversary Iron Man figure so I would love to get the Stealth version and the Ironheart figure does look very unique and as I grew up in the 90’s I am very fond of the Iron Man suits from the ’90s and the Modular one looks perfect and will look great on display next to the War Machine figure which came out last year. If you haven’t got that one yet I would highly recommend doing so it’s a fantastic figure!

Then finally we have the Marvel Legends MCU Endgame Thor figure! I know a lot of people have been excited about this figure (myself included) and it doesn’t disappoint. It looks exactly how I would hope it to be. My only complaint being there’s no alternate head with normal eyes. I really love that the Stormbreaker and Mjolnir are cast in semi-translucent blue plastic. I notice on the packaging that it says Infinity Saga Thor which I guess is hinting at a deluxe line of MCU Infinity Saga figures at a slightly higher price point. I’m very curious to see what other characters we’ll be getting in this series of figures…

They also showed off the packaging for the Haslab Sentinel which will be released later this year and it looks absolutely huge! I would have loved to get one of these but alas I didn’t have the money at the time.

Also, there were some teasers as well for some upcoming products such as a Fantastic Four Haslab project which I’m guessing will be either their car/plane or Galactus. They also revealed that there will be a second Age of Apocalypse wave by revealing an AOA Sabertooth figure which looked fantastic.