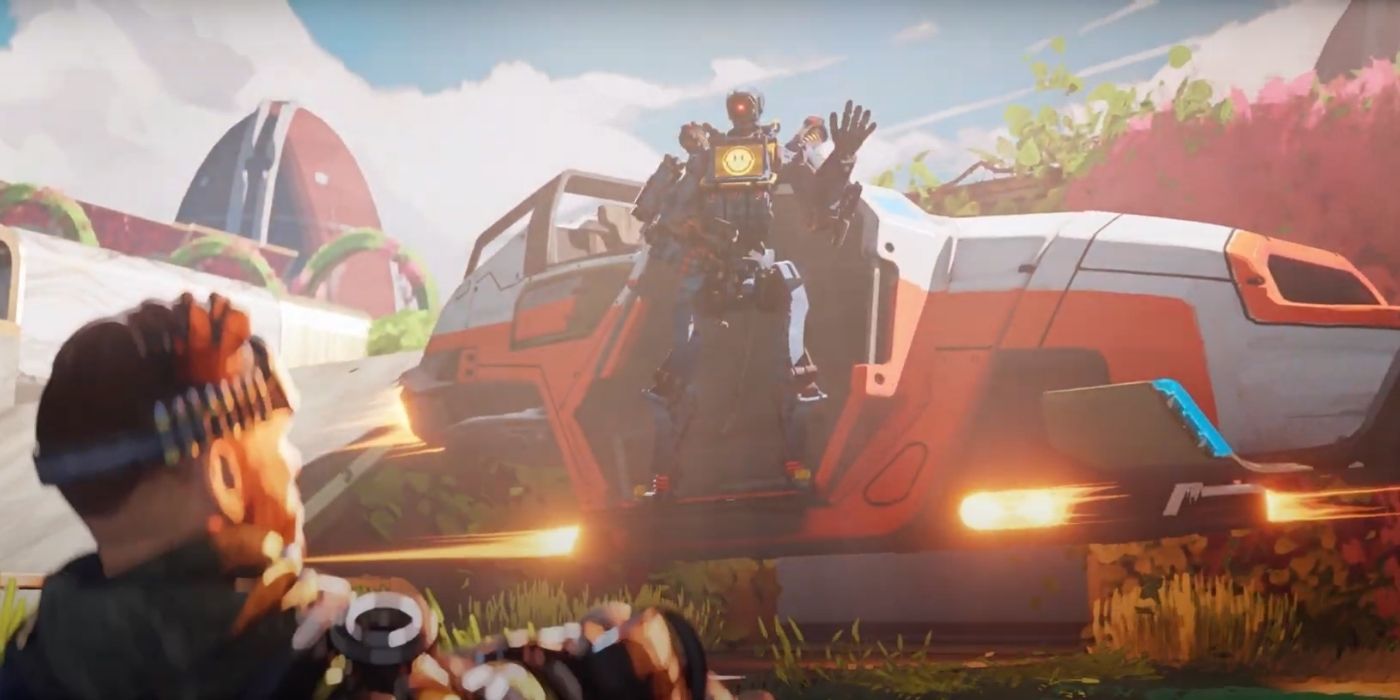 Respawn Entertainment has released the latest episode in the Stories from the Outlands, a series of lore-focused trailers each based around the Legends from its hit battle royale, Apex Legends. The newest trailer focuses on Pathfinder, a helpful MRVN robot that found his calling as a deadly mercenary in the Apex Games. A character since the initial release of the free-to-play game, Pathfinder has had the least character development over the course of the game’s evolving story. As new Legends emerged and old ones got supplemental material, Pathfinder was still just a friendly robot with a mysterious past.

Debuting heroes will often get their own Stories from the Outlands trailer, often lining up with a new season in the game’s ongoing service. They can range in both animation and storytelling style, but they all take place in the same universe as Apex Legends (and the dearly missed Titanfall) and piece together to form more of the game’s ever-growing lore. The videos have also surprised fans from time to time, such as when they promoted a red herring Legend named Forge only to have him murdered in the video by robot assassin Revenant, the actually debuting playable character.

The new Apex Legends trailer doesn’t have any huge twists, but it does feature Pathfinder donning a trenchcoat in a detective noir style romp through the big city with his new friend. It shows that Pathfinder was fired from a long string of odd jobs before joining the Apex Games and that he held all the answers to his true origins inside his memory banks at some point. Unfortunately, the adventure depicted in the video causes him to lose those memories, but it does hint towards the greater story that Respawn wants to tell with the character.

The trailer is releasing in the lead up to the official reveal of the Fight Night collection event, a leaked in-game happening themed to the events of the trailer and Pathfinder. Collection Events are centered around a new set of cosmetics introduced into the game, and Fight Night will be the seventh one in the game’s history. The robot’s trenchcoat look will appear as a rare skin for players to procure, and the event will also introduce a boxing ring to the game’s map. Players will be able to duke it out one on one in some fashion, although the exact details of what will change during a match haven’t been made public as of yet.

Respawn is one of the few teams that captured in Apex Legends what has enraptured Fortnite fans and made it into one of the most popular games around. The developers seems to understand that in order for a live game to succeed completely, the universe has to feel alive. Changes have to be felt in-game and there need to be events running year-round to facilitate those changes. More and more games have run with the concept that was arguably innovated by Team Fortress 2 a decade ago, and many have seen how hard it can be. By making it seem like second nature without also working the team to death, Respawn proves their pedigree as one of the great developers of the modern era.

Next: Apex Legends Nessie Easter Egg Found In Medal Of Honor: Above And Beyond

Alex Santa Maria is a writer, editor, and critic based out of the Sunshine State. Raised on a healthy diet of gaming mags at an Xbox LAN center, Alex is an enthusiast who loves shooters, roguelikes, and arcade-style games. He has an unhealthy obsession with bad movies, a love of the 1980s, and the skills to rack up a high score on your local pinball table. When not covering the latest news on Screen Rant, you may find his byline on a growing number of webzones, including GameRevolution, TechRaptor, Mandatory, and WrestleZone.