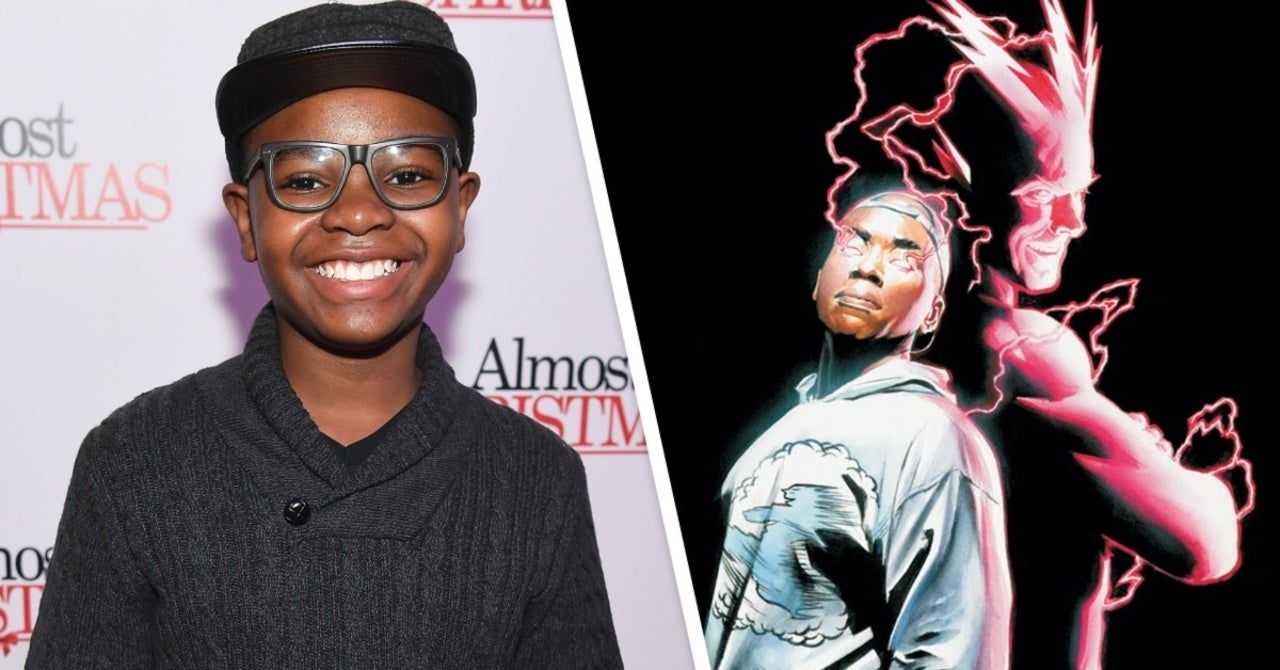 DC’s Stargirl is gearing up for its sophomore season, which is set to air sometime in 2021 on The CW. The hit live-action series has introduced fans to a new incarnation of the Justice Society of America, with countless takes on legacy characters along the way. One of the most highly-anticipated characters that has been teased on the series is Jakeem Thunder — and now we know who will be playing him. According to a new report from Decider, The Originals and Me, Myself, and I star Alkoya Brunson has been cast as Jakeem, and is set to appear on the series in a recurring role. This comes after the announcement earlier this month that Jim Gaffigan would be voicing Yz the Thunderbolt, the genie who joins forces with Jakeem in the comics.

In the comics, Jakeem is a self-reliant teenager in Keystone City, and the second human to summon and control the Thunderbolt after the Golden Age hero Johnny Thunder. As Johnny’s mental health declines, he puts the Thunderbolt inside of an ink pen – which, through a series of events, is unintentionally given to Jakeem by Jay Garrick. After gaining control of Yz, Jakeem goes on to join the Justice Society of America, and factors into multiple major DC Comics events in the process.

Stargirl‘s first season already laid the groundwork for Jakeem’s debut, first by having Mike Dugan (Trae Romano) reference him as his friend in the episode “Wildcat”. The series also showcased Thunderbolt’s pen, as part of the items within the Justice Society of America headquarters that Courtney Whitmore (Brec Bassinger) steals.

“There’s a reason that a character like Johnny Thunder and the Thunderbolt has resonated and survived decades, decades, and decades,” Stargirl creator Geoff Johns told ComicBook.com earlier this year. “Because there’s something really cool about a fricking pink genie that can do anything you ask it and all those kinds of things you want to present when you eventually do introduce them, present them in a way that is both true to who they are in the comics and for the fans that visually and spiritually and emotionally, and then also to new fans, new viewers, never heard of these characters, to get a sense of who they are and fall in love with them like we already are in love with them.”

What do you think of DC’s Stargirl casting Jakeem Thunder for Season 2? Share your thoughts with us in the comments below!

Stargirl will return with new episodes sometime in 2021 on The CW.