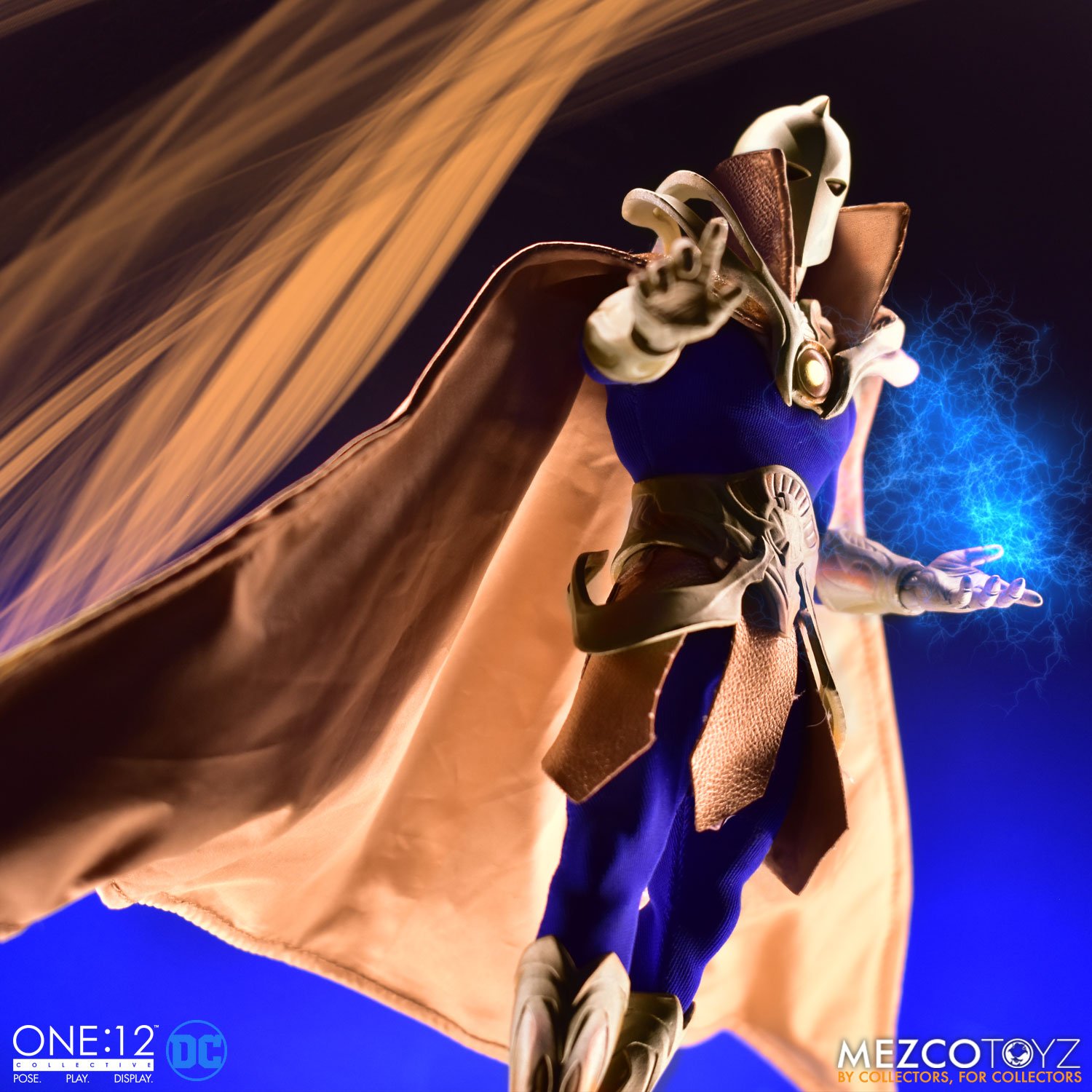 Mezco Toyz has just revealed their latest DC Comics One:12 Figure which is Dr. Fate. I am not too familiar with the character but I do know the character from the Justice League cartoon and the Injustice 2 video game. I have to say the look of this figure really does remind me of how this character looked in the video game.

I really like the look of the figure especially the soft goods cape, helmet, gauntlets, and belt. They really do look great and the mix of sculpted pieces and soft goods work very well,

Dr. Fate comes with a lot of accessories which is great to see. I really do love the look of the magic projection effects and the book of Thoth looks great. Of course, you get the usual interchangeable heads and hands which offers you a variety of poses to put Dr. Fate in.

What I also really like is that the figure has light-up features and the figure isn’t too expensive which is great to see. Hopefully, this means that the retail release Mezco One:12 figures come down in price as they have been a bit too high in the last few months. I should note that this figure is expected to be released between March and May of next year.

Here’s the press release from Mezco:

The One:12 Collective welcomes Dr. Fate, the most powerful heroic sorcerer on Earth.

The One:12 Collective Dr. Fate wears a fitted bodysuit underneath his fortified light-up chest armor, a leather-like cape with integrated posing wire, a leather-like tasset, and knee-high boots. The Master of Magic comes complete with two head portraits including a Helmet of Fate portrait with light-up eyes and an unmasked Kent Nelson portrait. An additional Helmet of Fate is included that can be held.

Harnessing magical powers older than the beginning of human civilization, Dr. Fate has been defending the side of light since the days of ancient Egypt. If there is a supernatural power that threatens to engulf planet Earth, rest assured that Dr. Fate will be at the ready.

Each One:12 Collective Dr. Fate figure is packaged in a collector-friendly box, designed with collectors in mind.