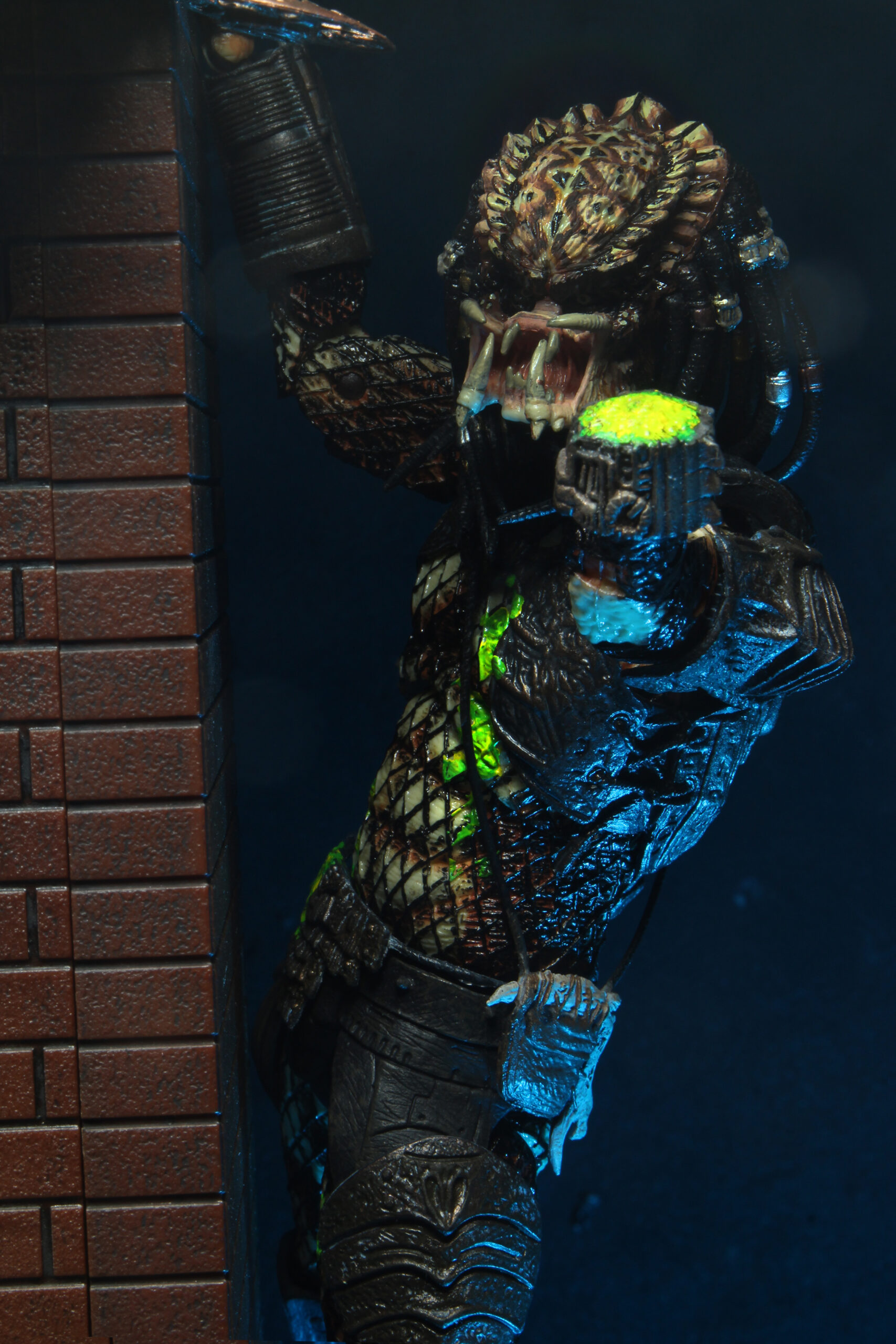 As that figure is rather old now NECA has updated the figure with some more articulation and better deco and also some new accessories. I’m personally really excited to get this figure as I missed out on that two-pack and this figure is a big upgrade over that original release.

You do get some new accessories with this you get a collapsed and extended versions of the combi-stick, an open and closed smart disc, a detachable severed arm, interchangeable hands, a bio mask, and two interchangeable heads including one wearing the respirator mask.

This is a fantastic looking figure and it’ll be released in April next year and if you missed out on the original figure or want to upgrade it, this figure is a must-have for you!

Here’s the press release from NECA:

30 years after its release, NECA is celebrating Predator 2’s anniversary with the release of the Ultimate Battle Damaged City Hunter.