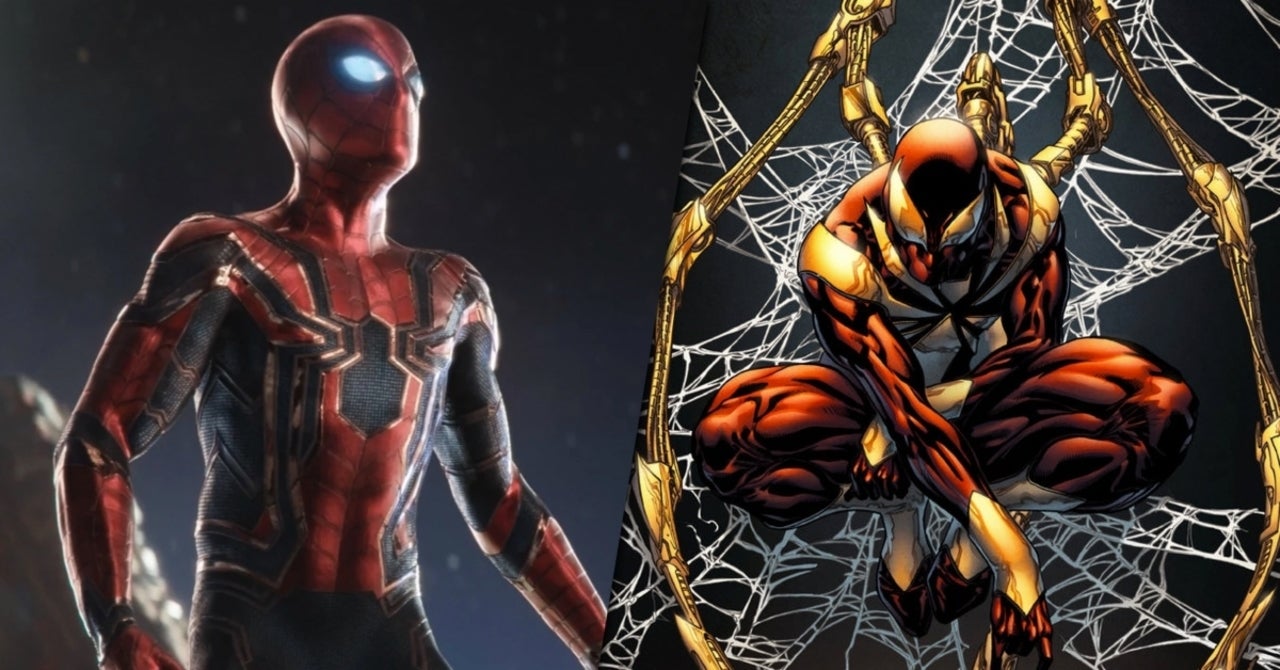 By the time Avengers: Infinity War had appeared in theaters, Tom Holland already had two appearances under his belt as Spider-Man. The fan-favorite actor appeared as Peter Parker in both Captain America: Civil War and Spider-Man: Homecoming, both of which kept him relatively grounded with the whole Friendly Neighborhood shtick. Then came Infinity War and most characters in the Marvel Cinematic Universe were instantly thrust outside of their comfort zones, something that most certainly included Spidey.

In The Wakanda Files: A Technological Exploration of the Avengers and Beyond, it’s revealed Tony Stark created the suit as a bargaining chip for getting Parker to join the Avengers. “Once he’s got the hang of the upgrades, let’s lend him a hand? Or four.” Stark’s files notate in the in-universe book released earlier this week. “If we give him nanotech spider legs that build out from his back, it can be a safeguard from falling, a defensive mechanism. We won’t get carried away like Cross did with that Yellowjacket suit, but it could be a fun touch.”

The listing adds, “Let’s mock up a prototype and dangle it in front of the kid. Just as a little incentive to keep on the straight and narrow, should he ever want to join the Avengers.”

Though the suit itself was first introduced at the end of Homecoming, we didn’t see it completely in action until Spidey (Holland) inadvertently traveled to space aboard the Q-Ship that invaded New York City with Ebony Maw and Cull Obsidian. Conveniently enough, he was made an Avenger shortly after receiving the suit anyway — funny how that works out, eh?

If you want to see the Iron Spider “file” in question, plus dozens of other fun MCU Easter eggs, you can order The Wakanda Files here.

The Iron Spider suit can be seen in Avengers: Infinity War and Avengers: Endgame, both now streaming on Disney+.

What other iconic Spidey suits would you like to see pop up at some point in the MCU? Let us know your thoughts either in the comments section or by hitting our writer @AdamBarnhardt up on Twitter to chat all things MCU!