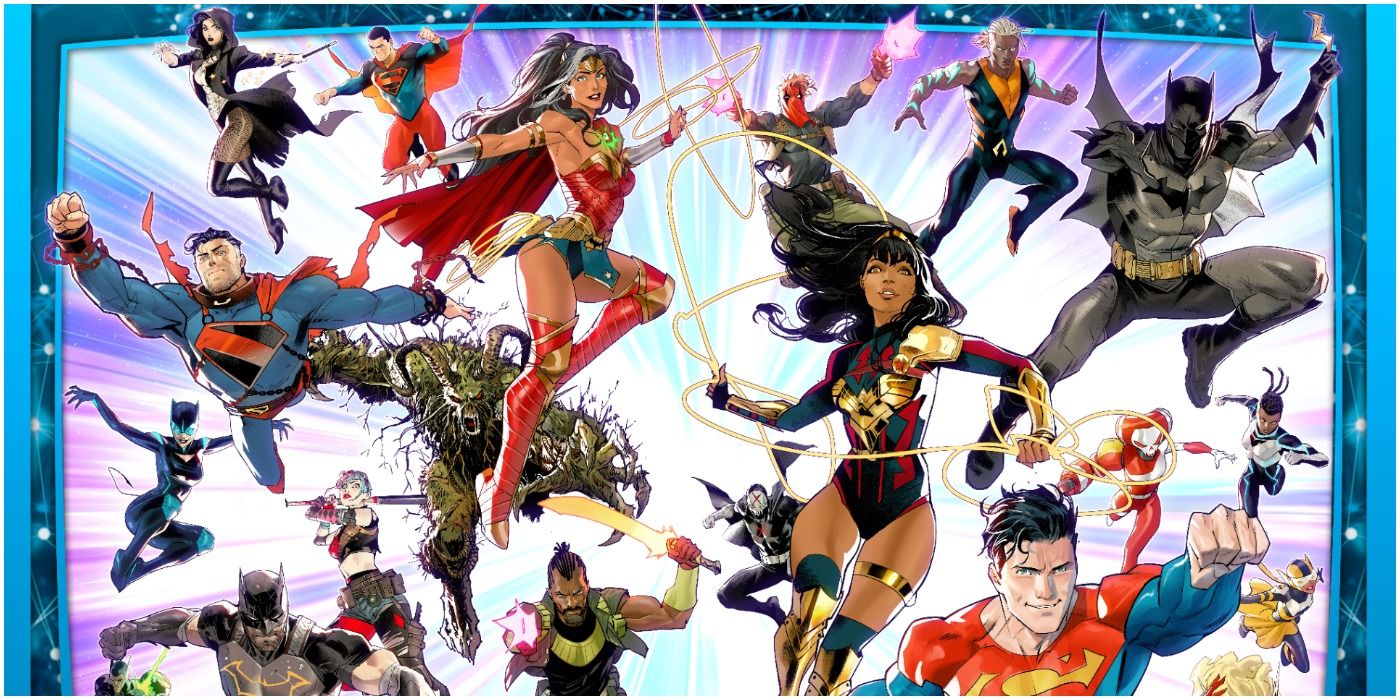 The Guardian will be making his triumphant return to the DC Universe during DC’s Future State event. During this mega event, the regular DC Universe line will cease publication for two months, and in its place, the publisher plans to release a series of mini-series and one-shots that tell the story of a future DC Universe spinning out of Death Metal. The Guardian will make his appearance in the Future State: Superman of Metropolis, in a story written by Sean Lewis (Coyotes) and drawn by Cully Hamner (Red).

The Guardian has a long and storied history at DC Comics, first appearing in Star-Spangled Comics #7 in April 1942. The Guardian was created by the legendary team of Joe Simon and Jack Kirby, who only a few months prior gave the world Captain America. The two characters both use indestructible shields and both lack superpowers but make up for it in fighting prowess. But whereas Captain America took the fight overseas, The Guardian, AKA Jim Harper, opted to help on the homefront, fighting for people often overlooked by the system. He made allies with a group of young kids calling themselves The Newsboy Legion as well. There have been multiple versions of the character over the years, including Grant Morrison’s The Manhattan Guardian which appeared in the Seven Soldiers event. Now a new version of the character is set to make his debut in January 2021.

Related: Superboy is Officially Stronger Than His Father, Superman

Not long after DC released the first details of the Future State event, Hamner tweeted a first look at his designs for the new incarnation of The Guardian. He revealed little details beyond the sketches, other than the title of the book and the other creators he was working with.

DC has also not revealed much more about Future State beyond the initial press release, so little is known of what role The Guardian will play. The Future State press release reveals Superman has left Earth after the planet turned on him for mishandling an international crisis. With a Superman-sized hole to fill in Metropolis, it can be inferred The Guardian is one of the heroes stepping up to fill it.

Lewis and Hamner have opted to ground The Guardian in his native Metropolis, showing respect for the character’s backstory. Hamner’s designs for the character harken back to previous incarnations of the character. And given his longetivity and ties to the Superman mythos, a mega event such as Future State is the perfect place to reintroduce the character to a new generation of readers.

Next: Who Has Killed Superman in DC Comics?

Shaun Corley is a pop culture enthusiast living in the Pacific Northwest. After stints in both customer service and academia, he’s turned his attention to writing about comic books–his lifelong passion. He is a graduate of Radford University, with a degree in English. When not reading comics, he enjoys spending time with his fiance and their dog.