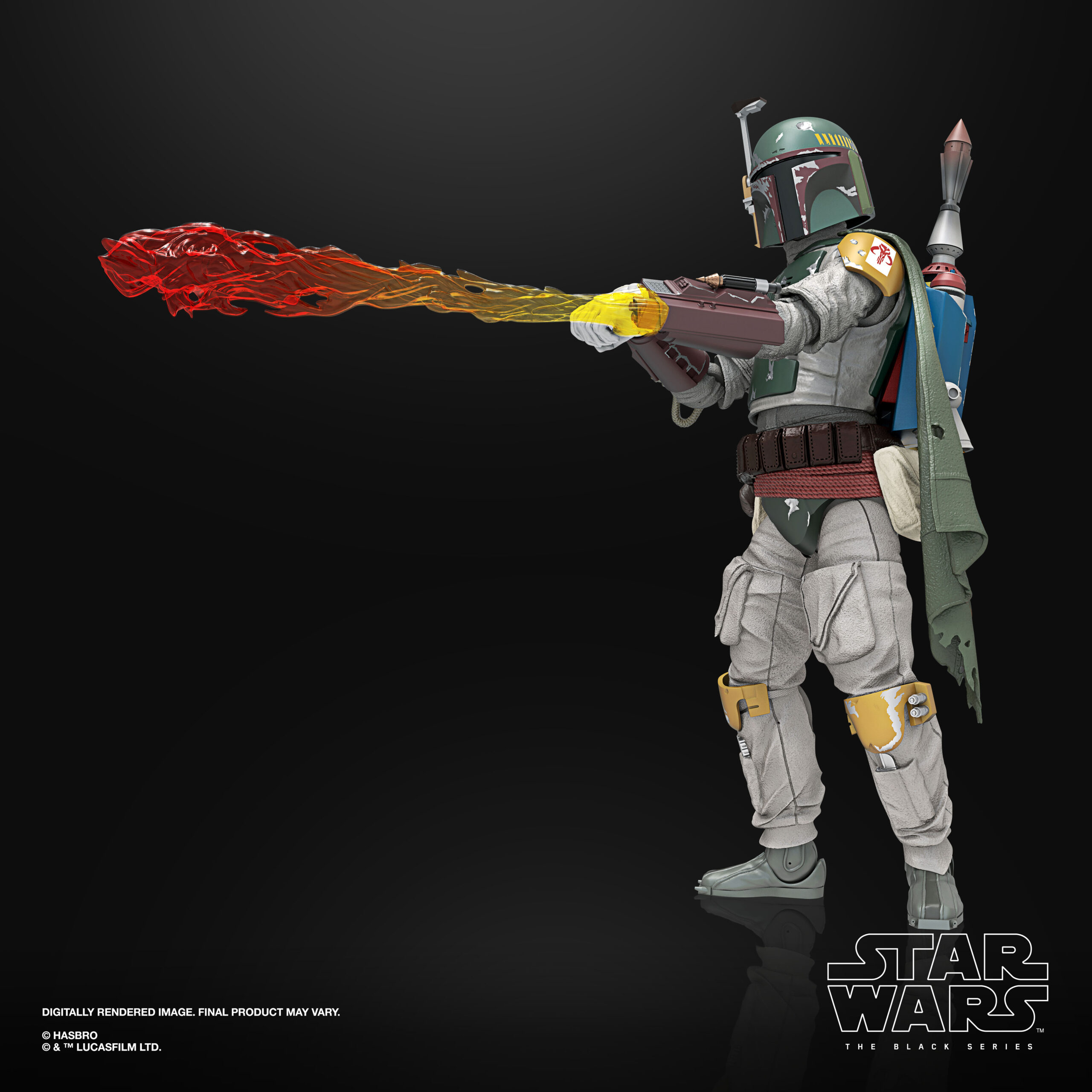 I have to say I am very impressed with all the reveals, especially for the Black Series line. Also, it’s nice to see some new additions and re-releases in the Vintage Collection line. Jar Jar Binks has been hinted to be in the line for a while and it’s great that he has a Deluxe release too which is at a slightly higher price point. Hopefully, we’ll see more characters from the prequel trilogy in the Black Series line down the line.

Speaking of Deluxe figure they are releasing a Return of the Jedi Boba Fett which has been on my wishlist for a while and it’s a fantastic-looking figure and it’s nice to see Boba coming with some new accessories as the grappling hook and the sliced gun. Also, the paint job looks great and a must-have for me.

I have to say I am quite surprised that they are releasing a Dark Side Rey that we briefly saw in Rise of Skywalker. Though I have to say It’s a unique looking figure and I did really like the idea of Dark Side Rey in the film. Also, she has a very unique looking lightsaber. We’ve known for quite some time that we’ll be getting an Incinerator Trooper and the Armorer from The Mandalorian will be joining the Black Series line. The exclusive Armorer looks great and I love her additional accessories.

It’s great to see that the archive line will be returning next year with some great re-releases; Thrawn, Commander Cody, Hoth Luke Skywalker, and Hoth Han Solo. It’s great that they have updated the Han and Luke with the face printing tech. I didn’t know that they would join in the line but I am very happy they have as the original figures are very expensive on the secondary market and they don’t look as good as these ones. I’ll definitely be picking these up once they become available.

I know that a lot of people don’t like the look of the Holiday Edition troopers but I think it’s a very fun and novel idea for the Holiday season and they would make fun decorations. Star Wars has always had a fun side and I really do like the ugly Christmas sweater designs they have put on some of the armored parts of some of the troopers it’s a great idea!

Here’s a breakdown of what they revealed at the Star Wars Hasbro Pulsecon panel: