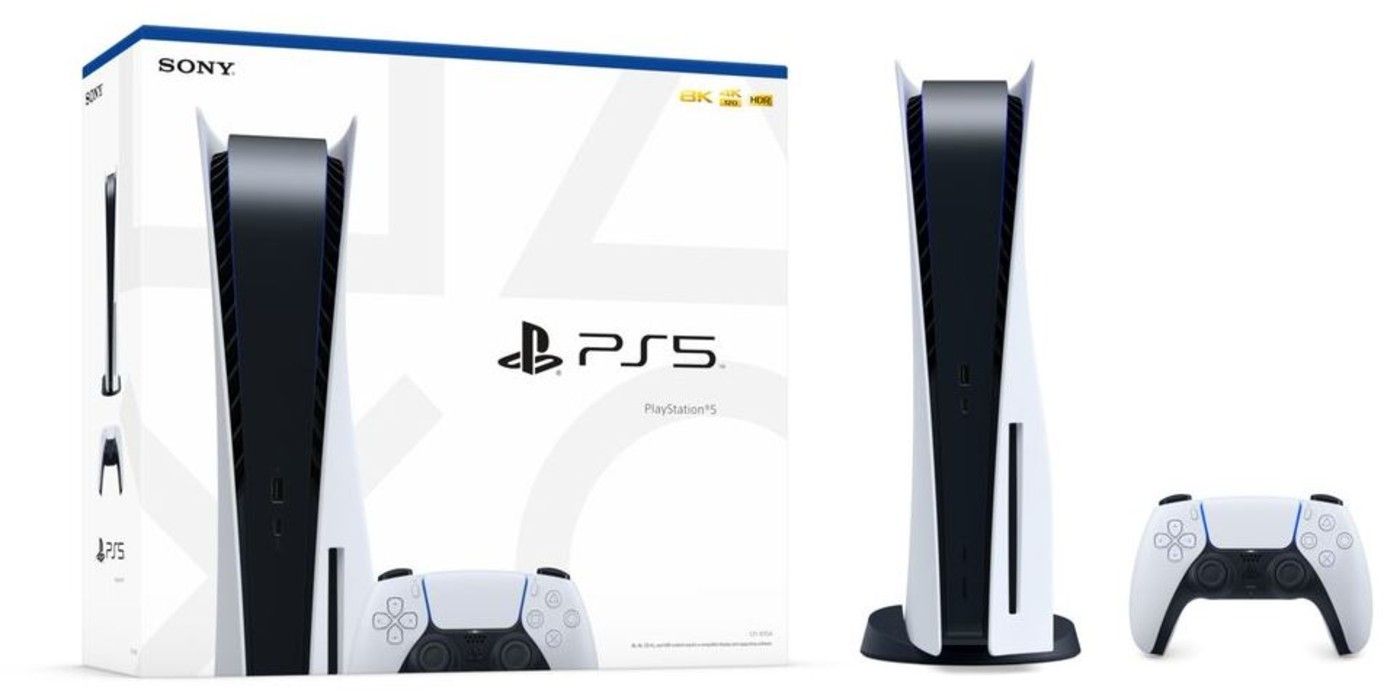 The box art for the PlayStation 5 has been revealed as digital storefronts post listings for the next-gen console. This development comes in the wake of a huge PS5 showcase that revealed several exciting games for the new system, like the long-awaited Final Fantasy 16. The event also gave fans a deep look at several previously announced titles, including Spider-Man: Miles Morales and Demon’s Souls. Most significantly, though, fans finally learned that the PS5 will cost $499 USD/$629 CAD when it releases on November 12th.

It almost feels like Sony has intentionally waited as long as possible before announcing the price of the PlayStation 5. Fans have had to wait months and months to learn how much the system will cost. Sony even opened preorder registration for PS4 owners last month before revealing how much they would be asked to pay. Of course, now that the price has actually been revealed, fans are scrambling to get their preorders in, generating so much traffic that it’s crashing GameStop’s servers.

The newfound availability of the PlayStation 5 also means fans are getting their first look at what the console’s box art looks like. Twitter deal hound Cheap Ass Gamer gave fans the first look. There’s nothing too exciting about the boxes; they feature the sleek, minimalist design one might expect given the design of the console itself. One interesting factor is that the cheaper, digital version of the console, which is selling for $399 USD/$499 CAD, gets a black box, which some fans in the comments think look nicer than the main console’s white box. The console itself isn’t black in either version, to the disappointment of some fans who were fooled by a fake mock-up of a black PS5 back in July.

The box is a pretty minor detail compared to everything else about the console, like the library of new titles that will be playable on it. But gamers have always cared about aesthetics, and getting a look at the package their brand new console will be arriving in is exciting for a lot of people. Seeing what the box looks like is a good reminder that, after so many long months, the PlayStation 5 is finally coming, and it won’t be too much longer before players finally get their hands on it.

It’s an overwhelming day for PlayStation fans. With such a high volume of news flooding in, it’s easy for something like the console’s packaging to slip through the cracks. But for a lot of fans who are already rushing to get in their preorders, this box art is another detail about the PlayStation 5 to treasure and anticipate.

Next: God Of War PS5 Releasing In 2021; Ragnarok Story Confirmed

Peter has been playing video games ever since he was a child, pulling his chair up to the TV so he could hold the GameCube controller for Wind Waker. Video games have been a vital part of his life ever since. They’ve been an important piece of his academic career as well; at the University of Redlands, where he studied Creative Writing and Theater, he once submitted a philosophy paper on the video game Soma. Today, in addition to his freelance work for Screen Rant, Peter spends most of his time blogging, playing Dungeons & Dragons, and, of course, playing video games. He believes that video games are an important and oft overlooked medium for telling stories, as well as an excellent medium for having fun. His favorite video game is still Wind Waker, the one that started it all, and he credits the fun he had with that game as the reason he’s here writing for Screen Rant today.