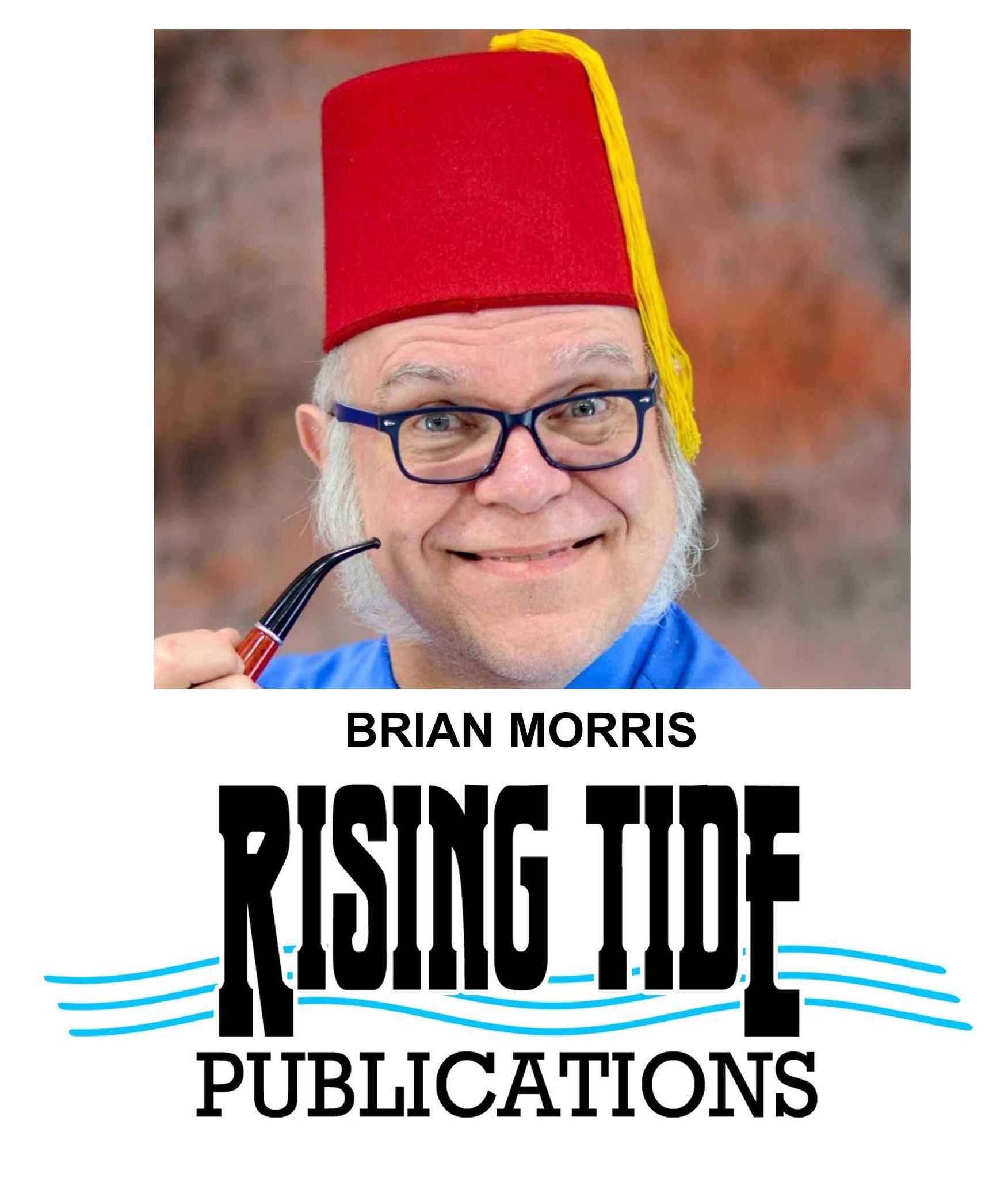 In the early part of 2020, the Coronavirus forced many conventions and other large gatherings of people to close their doors. As many wondered when the personal sales venues would open again, authorpreneur Brian K. Morris turned uncertainty into action and it paid off.

A professional writer for over two decades, Brian maintained an annual personal appearance schedule that ran from late January until just before Christmas. But things changed in 2020. As Brian stated. “By early February, I saw my shows either postponing or canceling altogether. Fortunately, independent creators can make decisions more quickly than a corporation with a number of people to answer to.”

Immediately, Brian amped up his promotional efforts. “I posted on any available social media about my books and invested some of my royalties into online ads after studying how to use them effectively.”

At the time, Brian broadcast live on Facebook three times weekly. So, when the lockdowns took effect, he increased his broadcasting output to a new show every day with an extra interview program on Tuesday nights that focused on other creatives. He kept people in touch with each other to voice their concerns as well as encouraging people to share information on their creative projects, past and present.

In response, Brian’s viewers loved the extra time with him. As more and more conventions fell victim to the rapidly spreading disease, Brian offered his own show stock in a special sale. As a result, he moved half a year’s worth of sales goods in ten days, tossing in extra swag.

Not only did Brian build more goodwill with his viewers, they shared the opening of his packages live on air, thus creating more enthusiasm for his work.

As a result of his promotions, Brian saw a definite uptick in his online book sales that continues to this day. Writing opportunities came his way as well. “Publishers pay attention to creators who aren’t shy about their work. I’m grateful to say my extra efforts paid off.”

Even though Brian pulled back on his broadcasting to four times a week less than three months after they began, he continues to promote himself and others online, creating a network of support that helps everyone involved.

To see the works of Brian K. Morris: www.amazon.com/author/briankmorris

To watch recent episodes of his live broadcasts: https://bit.ly/YouTubeBKM

Bates Motel: How the Most Frightening Place on Earth Was Built
Here’s When This Is Us, The Blacklist, One Chicago, and More Return This Fall on NBC
Bill Murray-Sofia Coppola Reteam ‘On The Rocks’ Hits Theaters Next Friday
Power Rangers Reveals from Hasbro PulseCon
SZA to Perform “Drew Barrymore” on The Drew Barrymore Show