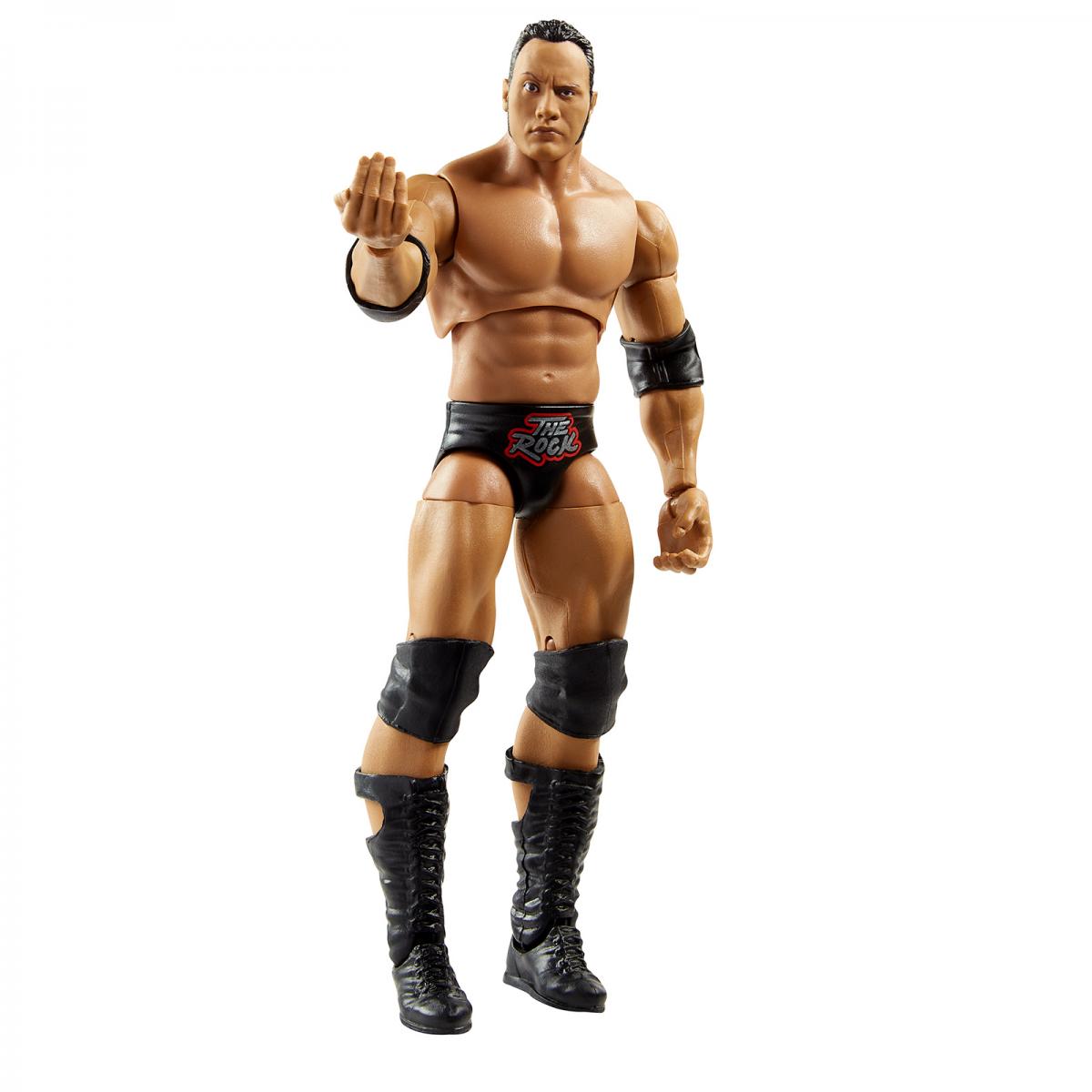 At SDCC Mattel revealed quite a lot of WWE figures for their various lines including the Basic, Elite, Masters of the WWE Universe and the line I really love the Ultimate line.

Earlier this year we got our first looks at the Ultimate Charlotte Flair, The Rock and Hollywood Hulk Hogan. Now we have brand new images of the actual figures of The Rock and Charlotte and unfortunately, these are Exclusives.

Charlotte Flair will be a Ringside Collectibles Exclusive and The Rock will be an Amazon Exclusive. The problems I have with this is Ringside Collectibles is a bit pricey to ship here in the UK, though you do get them shipped pretty quickly and The Rock is an Amazon Exclusive and it hasn’t popped on Amazon UK yet. I should mention that these two figures in Wave 6.

The last image we saw of Hollywood Hulk Hogan was an unpainted render and now we have an update of the render but in color. It’s nice that we get a better look at the figure and all his accessories and it’s a really nice looking figure. At the moment it’s unclear what wave he’ll be in.

The other announcements were just scans of Edge from his recent return to the WWE, Bray Wyatt’s new character The Fiend and Macho Man Randy Savage. I should mention that not all the accessories are shown with these figures just yet such as Macho Man’s iconic entrance robe.

I honestly would love to get most of these and hopefully these will pop up n Smyth’s stores later this year and early next year!

Expect release dates and more information on these releases soon!