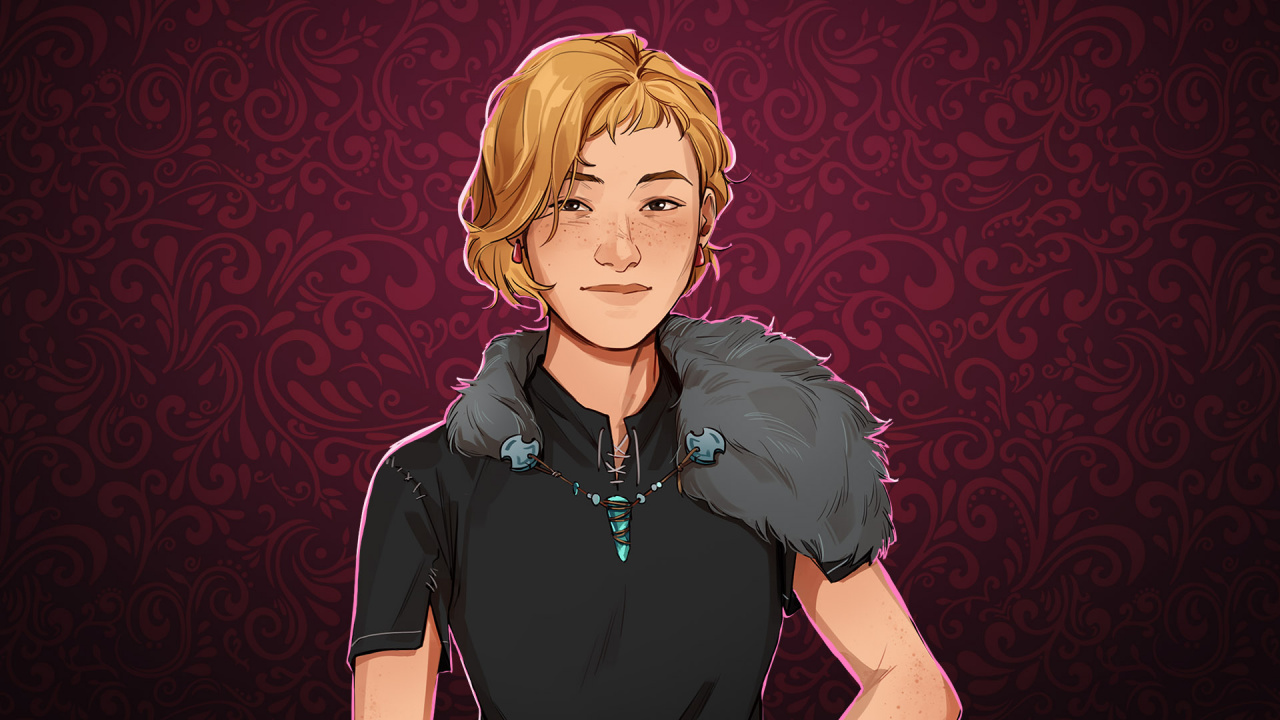 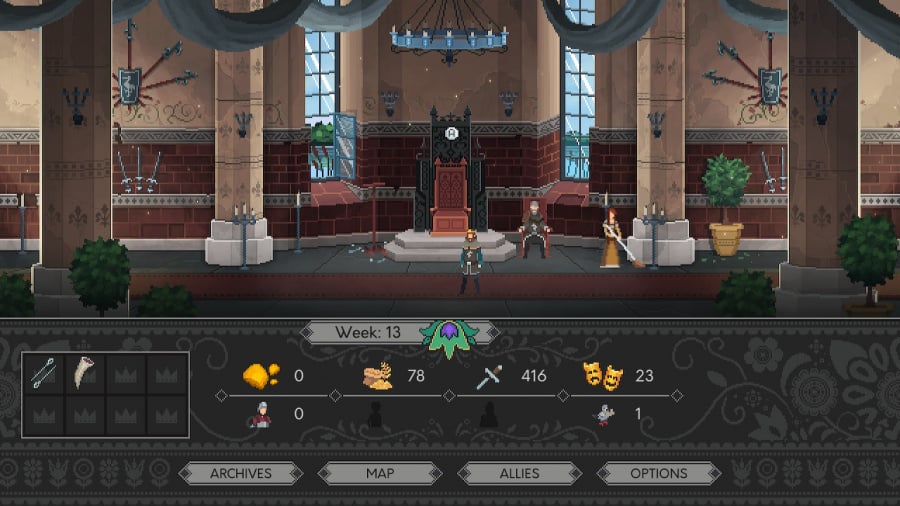 Modern European royalty has things easy. Without any form of meaningful power to wield, all they have to deal with is intra-family bickering and the odd scandal. The regal protagonist of Yes, Your Grace has to deal with all this, plus a kingdom on the brink of bankruptcy, starvation, and a drug epidemic. Oh, and there’s also the small matter of a faceless barbarian army at his borders, come to make good on a dark promise.

Yes, Your Grace is a kingdom management game that tasks you, as the beleaguered King Eryk, with building an army to fend off the encroaching hordes. That’s your primary goal. But you need to do so whilst keeping your people fed, safe and happy. And all the while you have to find time to be a good husband, and a father to three precocious daughters.

This is all achieved through a combination of familiar elements. There’s a fair amount of Reigns to the way you must maintain four key resources: money, food, military strength, and contentment. And there’s also a little point-and-click adventuring to be done, as you stalk around your castle gathering evidence for a climactic trial, and a pinch of the narrative adventure to the plentiful chats you’ll have with various family members, lords and servants. 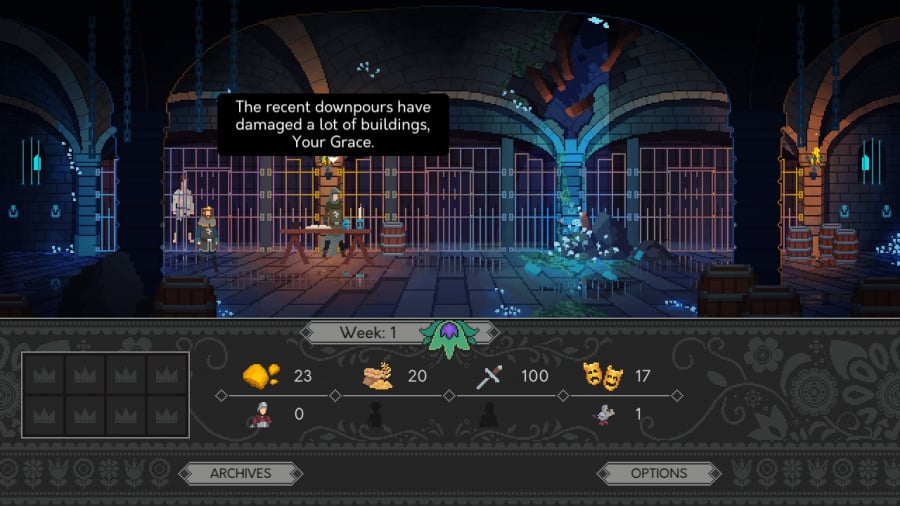 We mentioned the Reigns-like system at the game’s core, but it’s rarely as simple as playing one dwindling resource off against another through a binary narrative choice. Each day will start with you, in your throne room, fielding requests from a line of subjects, travelling merchants and visiting dignitaries. These queries can often be solved with some of your money or supplies, but you might also need to lend the party your general, witch, or hunter.

Deciding which problem deserves your finite resources is all part of the strategy. That said, much of the process is a bit of a gamble. It’s generally not possible to gather all the relevant details to inform such a decision until after the fact, while you’re forced to deal with most problems in a linear fashion. It’s a shame you can’t have more petitioners hold off until you’ve heard everyone out for the day, but at least it forces you to make decisions and accept the consequences in real-time – which is, of course, how it is for real rulers.

Once you’ve wrapped up your daily surgery, you’re free to roam about your castle and deal with more personal matters. This domestic side of Yes, Your Grace is one of its stronger elements. Arbitrating between your two warring older daughters, talking the oldest out of her melancholy state, and indulging the youngest’s flights of fancy might not be massively consequential, but these moments all serve to ground the story and make the game’s pixel-art characters more relatable. 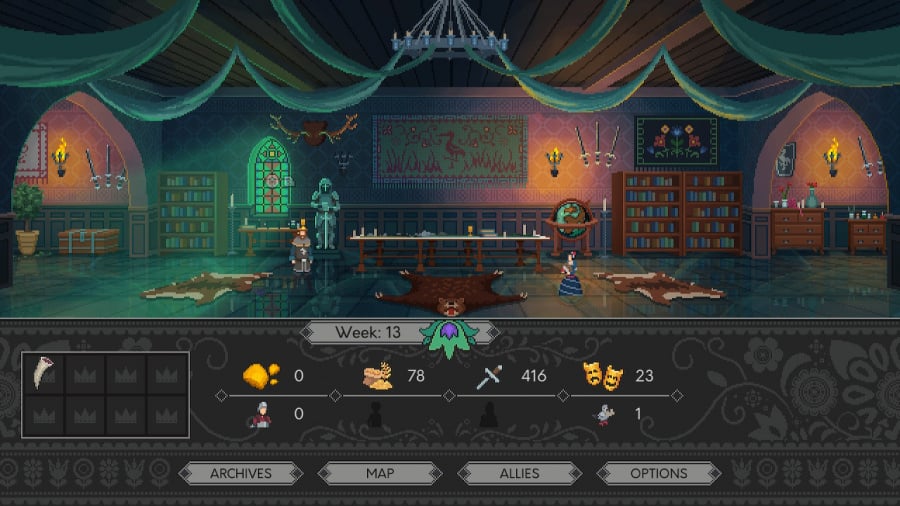 Finally, before you move things forward to the next day, you’ll need to return to your throne room and conduct some more kingly duties. Early on in the game, you’ll be tasked with forming alliances to help bolster the war effort. You’ll do this by sending out a carrier pigeon to summon neighbouring royals. These kings and queens are admirably distinct and varied and will require some sort of payment from you if they’re to join your side. And this is rarely as banal as money, with tricky decisions to be made.

Eventually, your castle-wandering and decision making will be scaled up and shifted to the battlefield immediately outside your walls. Here all your preceding efforts will pay off – or fail calamitously. Yes, Your Grace can be a brutal game, wiping you out if you let any part of the equation slide, even ahead of the big battle.

It’s worth mentioning that Yes, Your Grace doesn’t shy away from the rigid, patriarchal and occasionally queasy social structures of the medieval era just because it’s a colourful fantasy game. The game hinges on you being pressured to marry off your eldest daughter, who is just 13 at the outset, while the game also touches upon the matter of spousal abuse. It doesn’t always stick the landing in terms of tone, with the combination of humour and drama not always coming across as natural. But the writing is solid, and there’s plenty of personality to its babbling characters. 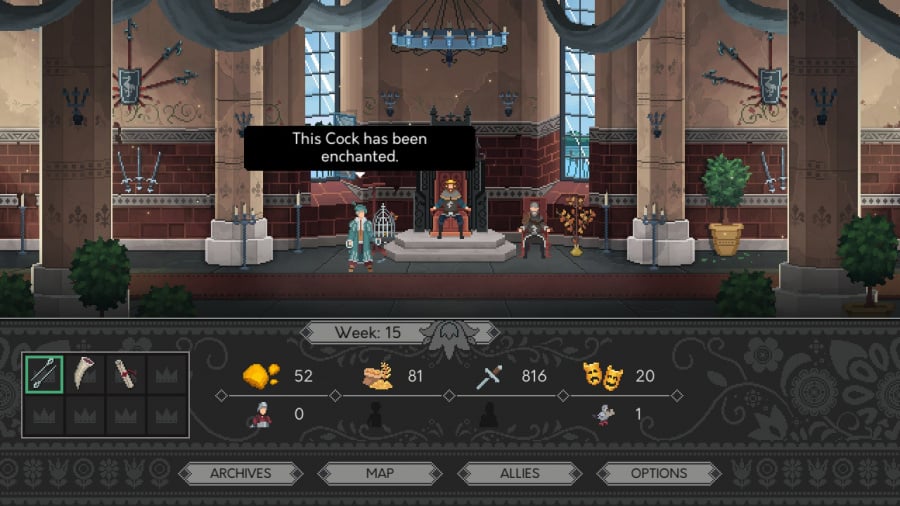 It’s a shame the game’s menus aren’t more elegant. They simply don’t feel well optimised for console controls, with awkward menus that speak to the game’s PC origins and the majority of Joy-Con buttons going entirely unused. We also encountered a couple of bugs that required a restart, which was annoying rather than calamitous, given the short, sharp phase-based nature of the game.

Yes, Your Grace is an odd mixture of a game. It tempts you in with its humour, its personality, and its easy-to-grasp mechanics. But it can really punish you with its insistence on frugality, and with its demand that you make decisions with less than a complete picture. No single element is wholly satisfying, but crucially it has that one thing that many games lack: heart.

An interesting combination of kingdom management and point-and-click adventuring that doesn’t always form into a cohesive whole. Yes, Your Grace has a flavour all of its own, though, and you’ll genuinely come to care for the royal family at its core.