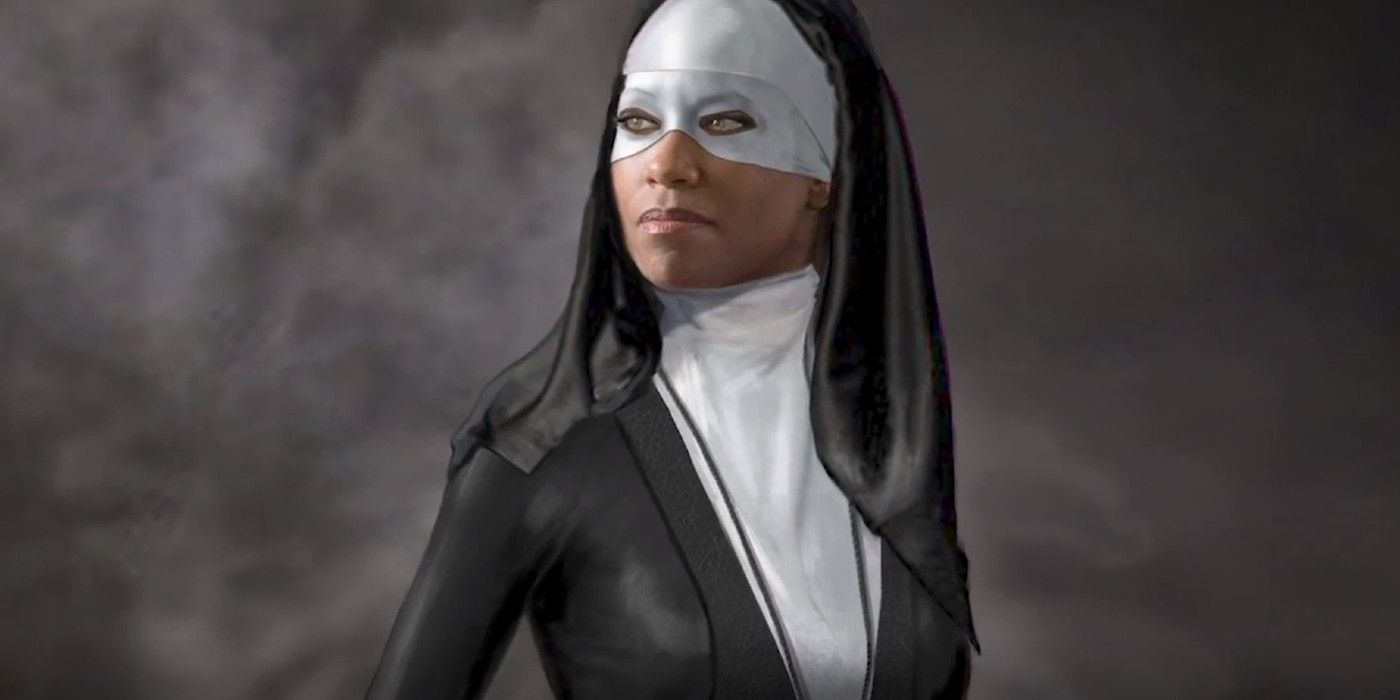 Costume designers Sharen Davis and Meghan Kasperlik have revealed early Watchmen art showing Regina King as Sister Night in a more traditional nun costume compared to the one she eventually wore in the show. The HBO show was released to rave reviews last year, mainly thanks to its intelligent narrative, and the way it expanded the universe created by Alan Moore’s graphic novel.

Created by Damon Lindelof, Watchmen is set in the same universe as the iconic graphic novel but follows a group of police officers in the city of Tulsa, Oklahoma, rather than the superheroes of the original. However, there are several character crossovers, including Jean Smar’s Laurie Black, now an FBI agent, and Yahya Abdul-Mateen II’s Carl Abar, who is revealed halfway through the season to be Dr. Manhattan. The main thrust of the narrative concerns the character of Angela Abar. She is married to Dr. Manhattan and is also a police officer, forced to disguise herself as Sister Night when she performs her duties. His outfit consists of a black skirt and hood, shaped to look much like a nun’s habit, something Laurie comments on in an early episode. Season 1 ended on a cliffhanger, and it seems like if a season 2 does happen, neither Lindelof nor King will be involved.

Related: Watchmen Series Ratings Not As Big A Hit For HBO As You May Think

In a new video interview released by Variety, Davis and Kasperlik talk about how they devised Sister Night’s outfit, and King reveals what she thought when she first saw an early rendering on what she would look like in costume. The rendering, featuring King’s face, shows that the early draft of the outfit made Sister Night look far more like a nun, with a far longer piece of white cloth on her chest, and a white face mask and head covering instead of the black one seen in the show.

King reveals that she first saw the outfit when she read the script for the first time. She says showrunner Lindelof included a note in her script, encouraging her to open it only when she reached the point in the script where we see Abar put on the Sister Night outfit for the first time. King goes on to say that looking at the rendering gave her “chills.” Davis added that she wanted the outfit to reflect “reality” and that she chose the outfit because of the background information that Lindelof provided for the character.

The outfit seen in the rendering provides an interesting counterpoint to the one seen on the show. By making Sister Night look even more like a nun, it gives her character a slightly less subtle look. The contrast, though, looks great, and the white face mask is particularly cool. However, the overall impression is of a more goofy outfit, and not one that looks particularly fearsome.

So you can see why Lindelof, Davis, and Kasperlik chose to change the outfit to the much darker version we eventually saw on Watchmen. It lends Sister Night more of a sense of mystery and makes her look far more dangerous. As seen on the show, the black mask and head covering allow her to blend into her surroundings at night, and the outfit just makes more practical sense for a police officer trying not to be seen.