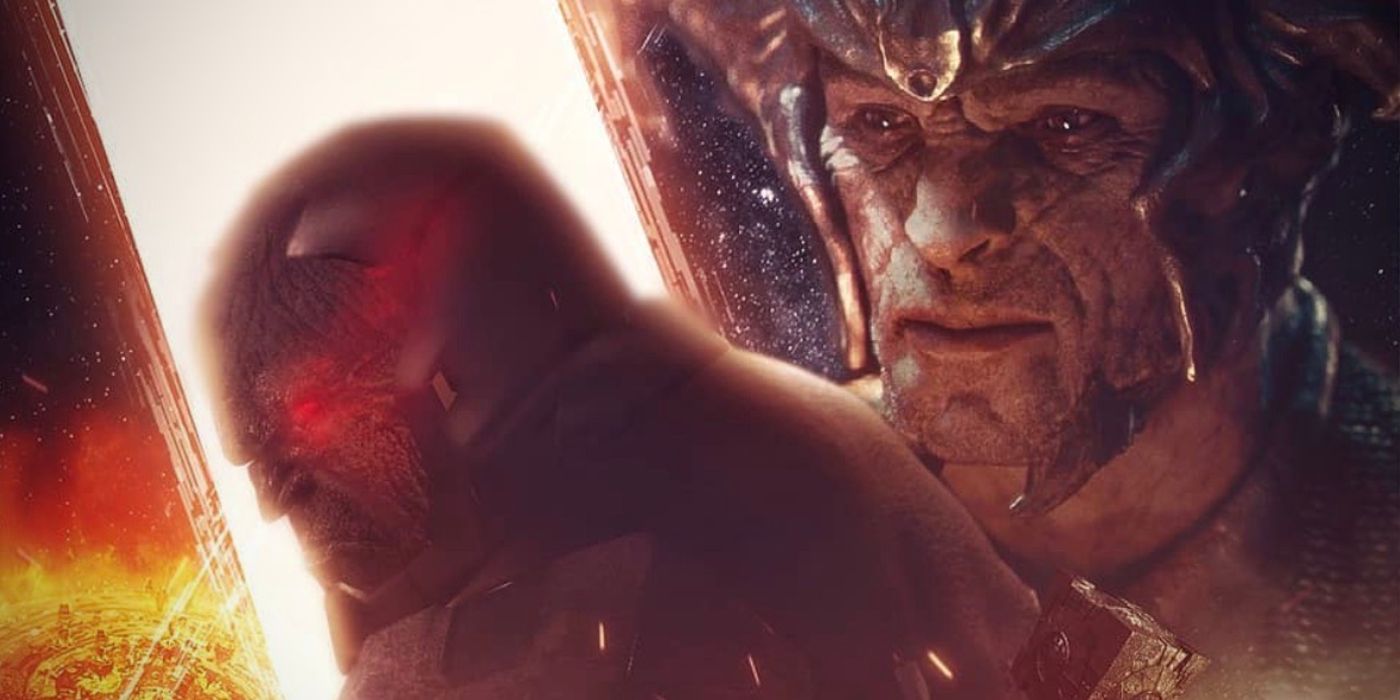 A new fan poster for the Snyder Cut of Justice League introduces Darkseid to the DCEU. Darkseid first appeared in the comics in 1970 as a cameo in Superman’s Pal Jimmy Olson #134 before making his full appearance the next year in Forever People #1. Darkseid has yet to appear in the DCEU, but the character was teased in Batman v Superman: Dawn of Justice during Batman’s Knightmare sequence. The character was supposed to make his grand entrance in Justice League, but the scene was ultimately cut out of the film to focus on Steppenwolf.

It’s been known for a while that Zack Snyder planned to include Darkseid in Justice League, and the director even released concept art of Darkseid to show what the character would have looked like. Snyder has confirmed that Darkseid will appear in the Snyder Cut, but it’s unknown how big of a role the character will have in the finished product. Original Darkseid actor Ray Porter will reportedly return for the Snyder Cut as well. The director also recently released the first official full-color image of Darkseid, but now a piece of fan art imagines what Darkseid could look like on a poster for the Snyder Cut.

Digital artist erathrim20 recently shared his poster for the Snyder Cut, which prominently features Darkseid. Steppenwolf and the Mother Boxes are also included as well Cyborg, the Flash, Wonder Woman, Batman, Aquaman, and Superman, the latter of which was left out of a lot of marketing material for the film. Erathrim20’s original Instagram post can be seen below:

Since Snyder has released so many details about his version of the film since the #ReleaseTheSnyderCut movement started, fans have a pretty good idea of what the film could add in compared to what the theatrical version included. In addition to Darkseid, the Snyder Cut could also include characters like Martian Manhunter and Atom, while also adding back in large chunks of Aquaman, the Flash, and Cyborg’s backstories. What fans know for sure, however, is that the Snyder Cut is coming to HBO Max next year and could cost over $30 million to finish.

Christopher is a news writer at Screen Rant, as well as a remote editor for Screen Rant and Valnet’s other websites. He graduated from Rock Valley College in 2018 with an Associate of Arts degree and a Media Production Specialist certificate.

After running his own movie blog for over five years, Christopher joined the Screen Rant team in 2018 as a list writer. Christopher is a sucker for ‘80s horror and giant monster movies, but has covered a wide range of topics during his employment at Screen Rant.