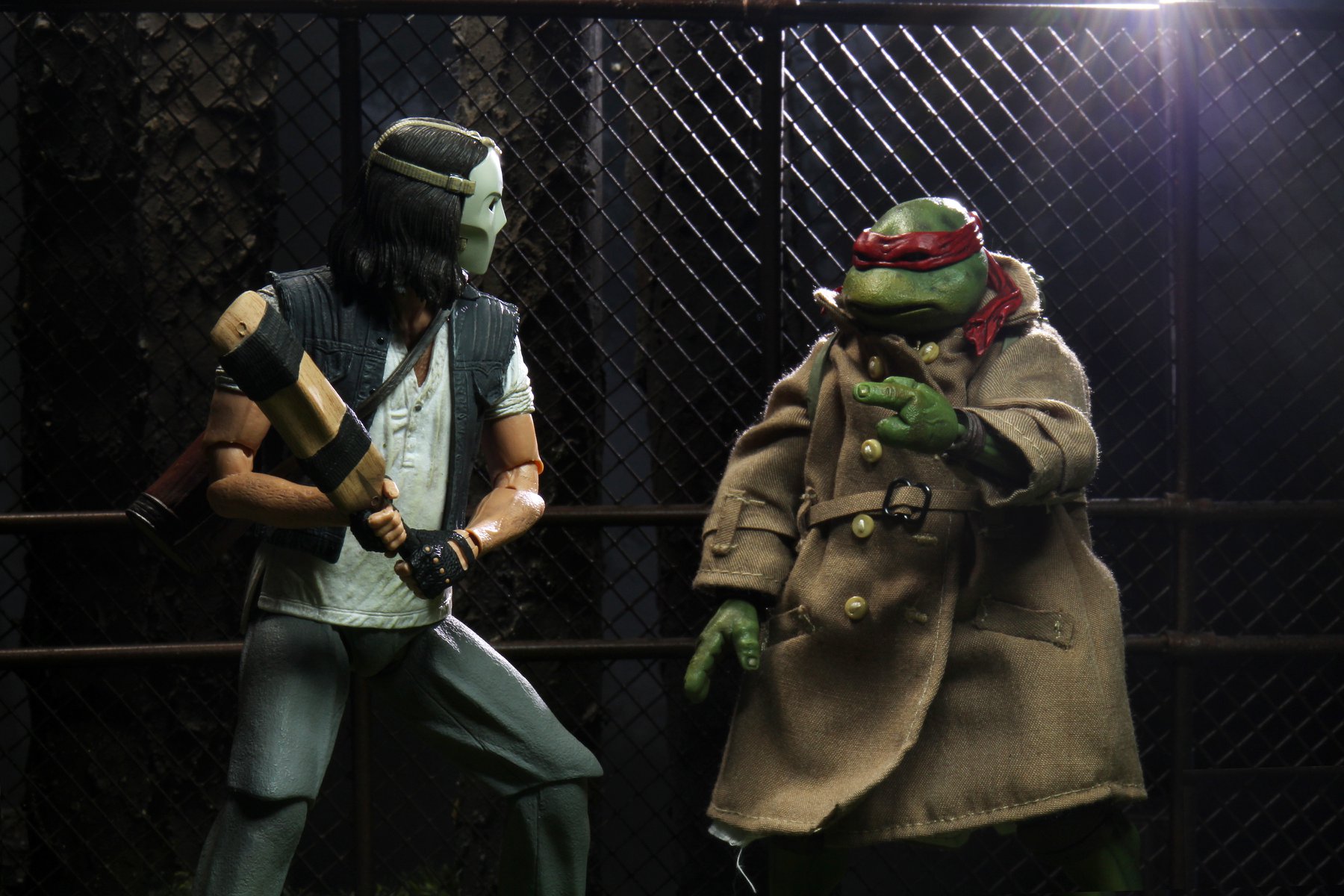 At Toy Fair just last month NECA showed off a lot of new TMNT figures. Among them was a two-pack of Raphael and Casey Jones from the original 1990 film. I know a lot of fans have been looking forward to this and myself included.

It should be noted
firstly that Casey Jone’s iconic mask is not removable as they don’t
have the likeness to Elias Koteas. The detailing on the figure is
absolutely excellent and the sculpt is near nigh perfect!

The trench coat Raphael has been on the wish list for ages before this figure was announced you could get custom pieces on the internet but it’s great that NECA has released an official release. It looks like the trench coat has a bendy wire in it which is sweet!

This set will be a Walmart Exclusive and it’ll be released sometime in the summer and hopefully, it’ll get an international release and I would really love to get it!