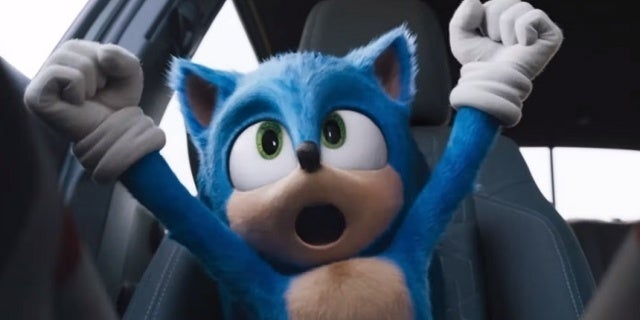 Just in case you haven’t already purchased the Sonic the Hedgehog movie on digital, which is out today, the first eight minutes of the video game adaptation have now been made available online for anyone that wants to check it out! Be warned, however, as these eight minutes set up the entirety of the film, so if you haven’t already been spoiled, this will certainly start you down that path.

Light spoilers for Sonic the Hedgehog follow. You’ve been warned.

More specifically, Fandango has uploaded the first eight minutes of the Paramount Pictures film to YouTube and elsewhere, and you can check it out above. This covers the flashback to Sonic’s early childhood, dealings with Longclaw, escape to Earth, and his first (unseen) interactions with Tom, the character portrayed by James Marsden. It’s by no means comprehensive, but it’s absolutely a taste of what the full film brings to the table. If you like these eight minutes, you’ll probably like the whole thing.

Who has the first 8 minutes of #SonicMovie? WE DO.

Watch the rest of Sonic the Hedgehog on FandangoNOW today! https://t.co/a27M28jeBQ pic.twitter.com/ipIJgxGiYu

Did you get a chance to see the Sonic the Hedgehog movie in theaters? Are you looking forward to watching it on home video? Let us know in the comments, or hit me up directly on Twitter at @rollinbishop to talk all things gaming!

“Based on the global blockbuster videogame franchise from Sega, SONIC THE HEDGEHOG tells the story of the world’s speediest hedgehog as he embraces his new home on Earth. In this live-action adventure comedy, Sonic and his new best friend Tom (James Marsden) team up to defend the planet from the evil genius Dr. Robotnik (Jim Carrey) and his plans for world domination. The family-friendly film also stars Tika Sumpter and Ben Schwartz as the voice of Sonic.”

Sonic the Hedgehog is now available to purchase on digital with a physical Blu-ray and 4K Ultra HD release set for May 19th. You can pick it up via Amazon right here. The film stars Ben Schwartz as the voice of the eponymous hedgehog, James Marsden as Tom Wachowski, a police officer that befriends Sonic, and Jim Carrey as Dr. Robotnik, the franchise’s classic villain and scientist. You can check out all of our previous coverage of the Sonic the Hedgehog movie here.