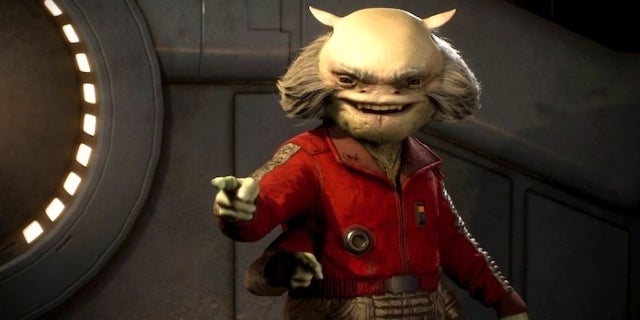 Star Wars Jedi: Fallen Order released this past November via the PS4, Xbox One, and PC, and it was a rare experience from EA: a single-player, narrative-driven game with no gimmicks attached to it. And for developer Respawn, a team responsible for first-person multiplayer shooters, it was also something different. That said, the risk paid off because the game released to strong reviews and now we know it’s doing exceptionally at a commercial level as well.

During a recent earnings call, EA noted that the game has already surpassed eight million copies sold, meaning it has surpassed EA’s expectations for the title, proving to the publisher that in addition to multiplayer Star Wars games, single-player Star Wars games are in demand, especially ones that focus on story.

Going into the game’s launch, EA expected the title to sell six to eight million copies by March 2020. It’s not even February yet, and this has already been achieved. As a result, EA has shifted its sales projection for the game, and now expects it to hit 10 million copies sold by the end of the fiscal year.

Star Wars Jedi: Fallen Order is available for PS4, Xbox One, and PC. For more news, media, and rumors on narrative-driven, single-player Star Wars game, be sure to take a moment and peep all of our past and all of our recent coverage of title to make sure you’re up to date with all your information.

“Even though a riveting, single-player Star Wars game is an experience people have been yearning for in recent years, it was difficult at the start to get excited about Star Wars Jedi: Fallen Order,” reads the opening of our official review of the game. “Cal Kestis, the protagonist in Fallen Order, was a newcomer to the saga and would have to earn his stripes as a memorable character, and, on top of that, the idea of mowing people down as an overpowered Jedi didn’t seem particularly appealing or rewarding. But, as more was revealed about the game, including its influences from other series and how players would have to essentially rebuild him, the game became immensely more attractive. After playing it through to the end, those updated expectations held up, as Fallen Order proved to be a tremendously entertaining and a sometimes challenging game that’s a welcome shift from Electronic Arts’ past endeavors, though whether or not it’s a meaningful Star Wars story will rest solely on the individual’s familiarity with the franchise.”