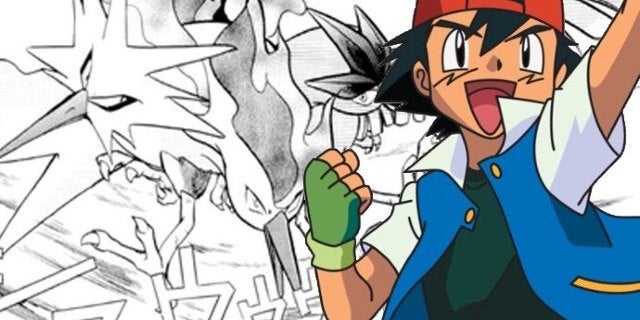 Pokemon has done some truly amazing things during its run, but the series has a darker side which some overlook. If you have not heard about the Pokemon Adventures series, then you should know the dark manga shows off a different side of the franchise. The series follows Red and his team as they journey around the Pokemon universe, but they experience a slew of truly dark events. And in one case, Pokemon Adventures went so far as to perform live experiments on a few Legendary Pokemon.

For those who do not know, the Pokemon Adventures manga shown a dark light on the franchise, and it did so in various ways. One means was through Team Rocket as the organization was straight-up terrifying in the manga. The group would murder and steal with zero remorse, and the occasional experiment was conducted on Pokemon.

In one infamous chapter, Pokemon Adventures saw Team Rocket capture the three Legendary Birds of the Kanto region. The task was done shortly after the organization fused a Eevee in order to give the pocket monster access to all of its evolutions at any time. After this test, Team Rocket went up to the Big Leagues by capturing the Legendary Birds when they were weakened.

The birds were scientifically fused together with Moltres in the center. Articuno was put to one side with Zapdos on the other. This massive creature was debuted in The Winged Legends with both Red and Green fighting the beast. Eventually Blue was forced to join in, and the only reason the gang won the hard battle was thanks to a mid-fight evolution on Ivysaur’s behalf into Venasaur.

With the battle over, fans were glad to see no permanent damage done to the birds. The fusion separated under a big attack, allowing the Legendary Pokemon to fly away. Still, fans are still creeped out to this day knowing the third birds were forced into one, and they’d like it if Thu-Fi-Zer never made a comeback.

What do you make of this horrifying science experiment? Let me know in the comments or hit me up on Twitter @MeganPetersCB to talk all things comics and anime!