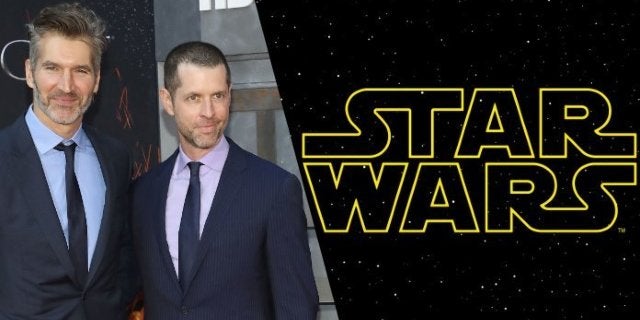 In some respects, there’s never been a better time to be a Star Wars fans, as we not only have all of the franchise’s original installments to enjoy, but we also have a number of exciting projects on the horizon that will deliver us all-new perspectives on the galaxy far, far away. Whether it be movies or TV series, Lucasfilm expands its storytelling opportunities each year, yet the studio has earned a bad reputation when it comes to announcing projects that never end up coming to fruition. While some projects end up being tweaked in their development process, some projects are scrapped entirely, while other projects have been completed yet have no plans for release.

Reactions from fans have been mixed about these various projects that we’ll never get to see as we originally expected, as not all audiences were enthusiastic about filmmaker choices, while changes in creative leadership have resulted in endeavors that offer a sense of conflicted visions. Given the longevity of the franchise, a number of movie and TV projects have been theorized or casually mentioned over the decades, with the series not seeing major projects cancelled until the last decade.

Scroll down to see what Star Wars movie and TV projects we’ll never get to see!

In May of 2015, Lucasfilm confirmed that Trank was no longer attached to the project, leaving fans to speculate what his project was and how far into development it had gotten. Also in 2015, Trank’s Fantastic Four film landed in theaters to disappointing reviews, resulting in various reports about the massive changes the studio forced the filmmaker to make leading to the disastrous film. With Kinberg having been a producer on that project, reports claimed that it was the collaborative process between the filmmaker and the studio, in addition to his desire to pursue original storytelling opportunities, which resulted in the decision for him to walk away from his Star Wars project.

Speaking to the collaborative process between Lucasfilm and a filmmaker, there have been highly-contested debates about how much of the Rogue One audiences saw in theaters came from director Gareth Edwards and how much is owed to one of the film’s credited screenwriters, Tony Gilroy.

It’s common practice for big-budget films to undergo reshoots, as the massive scale of those productions and their extended shooting schedules can oftentimes result in a director discovering things about the project that they wish they had known when production began. As evidenced by the film’s trailers, a number of shots and sequences we saw in the film’s marketing campaign never made it into the finished film, leading to speculation about how much the film changed course during the reshoot process.

While Edwards is still credited as the sole director, Gilroy has taken much of the credit for using the reshoots to course-correct Edwards’ original vision, leaving us to wonder just how different Edwards’ original film is from what we saw in theaters.

Few filmmaking teams have been as successful in recent years as Phil Lord and Chris Miller, having accomplished the seemingly impossible tasks of delivering big-screen adaptations of 21 Jump Street and the iconic LEGO toys. Both their filmmaking sensibilities and brand of humor made fans excited for their take on Han Solo’s origins, only for the pair to exit the project shortly before production had been completed.

While neither the filmmakers nor the studio has explicitly stated what led to their departure, sources close to the project ultimately chalk it up to Lord and Miller putting their unique stamp on the saga, leading Lucasfilm to request the film’s reshoots rein in the filmmakers’ more ambitious style, which the pair wasn’t interested in. Following their departure, Ron Howard stepped in to helm reshoots and, while we don’t know how much of the actual story was impacted, we know that Michael K. Williams had originally played Dryden Vos, a role which Paul Bettany took over due to the different direction the reshoots took.

Solo: A Star Wars Story became one of Lucasfilm’s bigger financial disappointments, with the bad press related to Lord and Miller’s departure playing at least some part in that underwhelming release.

Before Star Wars: The Force Awakens landed in theaters, Colin Trevorrow was announced to direct Star Wars: Episode IX, based on his success with Jurassic World. The filmmaker had proven he could helm an entry into a beloved franchise and, if nothing else, lead that project to huge box office numbers.

Months after Phil Lord and Chris Miller left Solo, Lucasfilm revealed that it had parted ways with Trevorrow. With Star Wars: The Last Jedi still months away from release, there was likely very little development on Lucasfilm’s part for Episode IX, leaving fans to wonder what it was about the collaborative process that led to the divorce. Whether it was his concept for the final film or merely the working relationship, whatever the filmmaker had planned for the film, we’re unlikely to ever learn about it.

Since his live-action debut in Star Wars: The Empire Strikes Back, a certain subset of Star Wars fans have wanted to get more stories featuring the iconic bounty hunter Boba Fett. Rumors about such projects have existed for decades, with reports about the project the week of Solo‘s release seemingly confirming that Logan director James Mangold would be developing the film.

Given that Lucasfilm never officially announced the Boba Fett project, they were never required to reveal that it was cancelled. However, when Solo failed to impress audiences, this put a halt on a majority of the Star Wars projects that Lucasfilm was working on, with Mangold ultimately moving on to other projects.

With the character’s popularity, we won’t rule out a Boba Fett film being developed at some point in the future, but that reported project has seemingly died.

Around the same time as reports about a Boba Fett film emerged, rumors circulated that the Jedi Master Obi-Wan Kenobi would also be getting his own film. Adding fuel to the fire was Ewan McGregor, who played Kenobi in the prequels, attending the premiere of Solo: A Star Wars Story. In May of 2018, it seemed like virtually any film was possible, with the actor’s acclaim among fans making such a project feel like an automatic home run.

Sadly, no substantial talks ever came from the project, likely due to the disappointing release of Solo. Luckily, this past summer saw the announcement that Disney+ was delivering a new Obi-Wan Kenobi series starring McGregor, who admitted that the project was originally envisioned as a film. The actor also noted he has been in talks with Lucasfilm about reprising Kenobi for four years, so it’s unknown if the original plan for a Kenobi film will be adapted for this series or if we’re getting an entirely original storyline.

Another project announced prior to the release of Solo: A Star Wars Story was a series of films from Game of Thrones co-creators David Benioff and D.B. Weiss. Given their work on the fantasy series, some fans thought this was a great choice for new films, though the debut of the final season resulted in backlash against the creators for the decisions they made.

With fans curious if “Star Wars fatigue” would impact the creators’ films, Disney CEO Bob Iger reportedly confirmed that the pair’s first film had secured the December 2022 release date for an untitled Star Wars film. Despite the future looking promising for the project, last month saw the pair part ways from the franchise, with the prevailing theory being that a deal they have with Netflix would have eaten up too much of their time and Lucasfilm being frustrated that the pair would commit so much of their efforts to a competing streaming service.

From the minds behind Robot Chicken, the animated Star Wars Detours was announced at Star Wars Celebration V in 2012. At the time, there were no Star Wars films on the horizon and the only new canonical stories being told were in Star Wars: The Clone Wars. The event at which the series was revealed even featured a brief trailer for the project.

Months later, Disney purchased Lucasfilm and shelved the series indefinitely. Understandably, with new projects on the way, the studio was seemingly nervous about offering viewers a comedic take on the franchise while more dramatic installments were being released, which would potentially confuse younger viewers about the intended tone of the saga.

Making matters even more frustrating is that co-creator Seth Green confirmed there are dozens of completed episodes and scripts, with there being no word on when they could ever see the light of day.

Yet another casualty of Disney’s purchase of Lucasfilm came in the abandonment of the prequel trilogy being converted into 3D and released theatrically.

In February of 2012, Star Wars: The Phantom Menace landed in theaters, with some audiences being glad to revisit the film more than a decade after it landed in theaters, allowing them to digest the event with a set of fresh eyes. Regardless of the 3D aspect, many fans were excited to see the film back up on the big screen. Other fans, however, saw this as nothing more than a cash grab, hoping to revive interest in the saga.

At the time, the plan was for Star Wars: Attack of the Clones and Star Wars: Revenge of the Sith to receive the same treatment, set to land in theaters in the fall of 2013. Understandably, once the sequel trilogy was announced, there was no reason to invest in the 3D conversion process when the new films were drawing enough excitement.