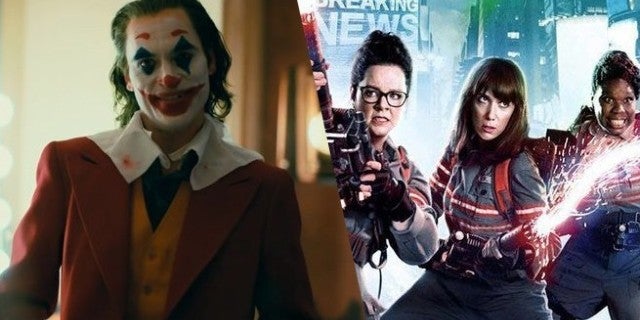 Joker’s trail to theatrical release this year was littered with controversies, including director Todd Phillips sounding off on far-left outrage culture. Well, now the director of 2016’s Ghostbusters has sounded off on that idea. Paul Feig talked to Variety about his reaction to Phillips’ comments at a red carpet event. The Ghostbusters director seemed to struggle with the idea because of his mostly agreeable nature. One strength of Joker during this current run would have to be the way that the film has converted controversy into interest and eventually box office success. While people certainly had things to say about Phillips’ approach, the results have proven to work for the studio and his film in a huge way. But, these questions about woke culture are going to keep coming as the year continues.

Feig answered, “I just don’t want to offend people. And I’ve had a good time making people laugh without offending anybody, I think? If somebody was offended, I would feel terrible about that. I’ve lived my life with bullies and being made fun of and I feel so terrible when it happens to me that my only goal in life is to not make anybody else feel that way. Look, Todd’s a genius, he’s redefined comedy with his movies. I just don’t understand that sentiment because I’ve never had a hard time not offending people and still getting laughs, but we all work differently.”

Paul Feig refutes “Joker” director Todd Phillips’ claim that woke culture is ruining comedies: “I’ve never had a hard time not offending people and still getting laughs, but we all work differently” pic.twitter.com/BcE7XYtgiu

Of course, the comments under the post are littered with fans talking about how that previous Ghostbusters film offended them in some way. Now, Joker has no shortage of fans right now as DC’s latest continues to do damage for Warner Bros. A ton of records have fallen since Joker’s release. It is the highest-grossing R-rated film of all time after passing Deadpool. The movie passed $800 million last week and that was enough to prompt a response from Warner Bros. Chairman, Toby Emmerich. The chairman also told The Hollywood Reporter about the film’s recent success during an executive roundtable.

“The impetus behind making Joker really came from Todd [Phillips]. But one of the advantages of being Warner Bros. and having DC is that we don’t feel that all the movies have to be — not that Disney’s films are — but we don’t feel our films have to be of the same tone or in a connected universe. We thought making an R-rated supervillain origin story was a cool idea. We didn’t see [the success] coming at this level when we greenlit the film,” Emmerich explained.

When it comes to sanctions, PE firms must proceed with great caution
‘Strangers’: Claire Foy Starring in Upcoming Movie That Brings Long-Dead Parents Back to Life
Deepest shipwreck ever found discovered at nearly 7,000 meters below sea level
As Sandra Bullock Prepares To Take A Break From Acting, The Star Talks About Feeling ‘So Burnt Out’ From Her Career
Pac-Man World Re-Pac is coming to Switch in August