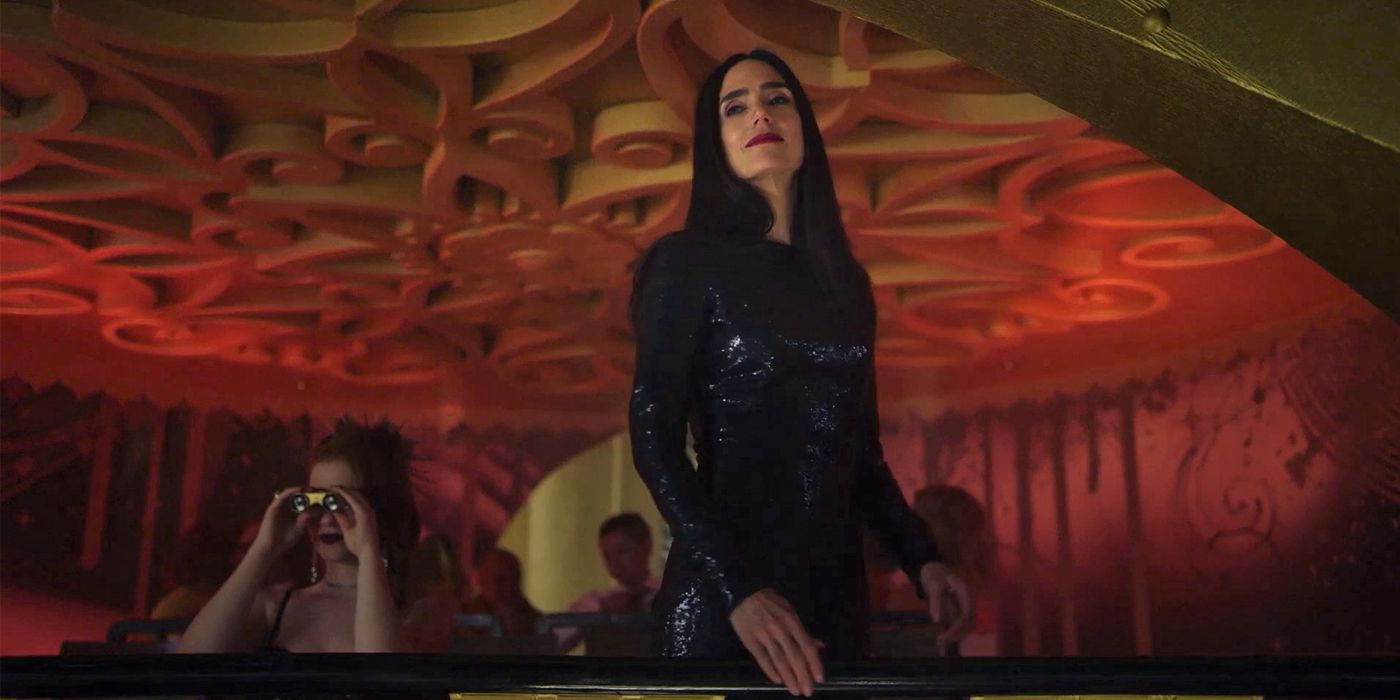 In the Spring of 2020, TBS will be unveiling Snowpiercer, a sci-fi series that’s a reboot of the 2014 film of the same name (which is in turn based on a comic series). The show is set in a frozen version of our world, more than seven years after the apocalyptic event that turned everything to ice. Much like the film, the series will be set on a massive train (1001 cars, to be precise) that circles the globe, never stopping, and providing a self-sustaining world for the few surviving members of humanity. After the release of the official Snowpiercer trailer at SDCC, the show appeared at NYCC to reveal a new clip, and to talk about how the upcoming show will stand apart from the film.

One major change, of course, is the format of the story – as a series, rather than a film, Snowpiercer will be expanding on the stories of the characters… and that goes for every part of the train. In the film, the majority of the character building happens in the tail section, followed by a race up the train, with only glimpses of how the other sections live. The show, however, will spend time in multiple areas and classes, exploring life on the train in a different way. In addition, there are a few changes made to the concept – including a brand new section: the Nightcar.

RELATED: Snowpiercer TV Show Is NOT In Same Continuity As Film

The Nightcar started life as a brothel on the original luxury train, and since the global disaster, has continued to act as the heart of the train, and somewhere people can go to forget their troubles. Lena Hall (who plays Miss Audrey, the Madam of the Nightcar), Sheila Vand (who plays Zarah Ferami, a tailie who moved up to work in the Nightcar), Steven Ogg (who plays Pike, a tailie gang leader), and Graeme Manson (executive producer and showrunner) spoke about what to expect from this rolling brothel, and how it will deal with issues of sex, birth control, and grief in a post-apocalyptic world.

Hall’s main take on the Nightcar is primarily about how – despite the origins in traditional sex work for the rich – it has become vitally important to the emotional wellbeing of the train, and how the focus has shifted away from just being about sex. Both Vand and Manson were also keen to discuss how the Nightcar is about emotional connection, and the ability to grieve for the loss of the world – not just about getting drunk and laid.

Hall: Miss Audrey… was supposed to just run this brothel that’s on this luxury liner. And then suddenly it’s become the ark, so she had to find some other thing that was a little more helpful than just being the madam of a brothel. And she’s an incredible empath, and actually possesses some psychic abilities, and can help people. she’s almost like a therapist, she helps people get off the train in their mind, she helps them deal with the loss of the old world, all of the people they left behind, the death… kind of work through the trauma, so that they can survive in these tight quarters.

Vand: Yeah, and so the night car isn’t really specifically about sex, actually, it’s more of like a hypnotic therapy that allows you to access your memories from before the train. And so people can visit loved ones that they’ve lost. And from my character, she’s so existential on this train, she’s just like, what is even the purpose? Like, why did we all survive, like, we’re miserable, we all were traumatized. So I think the night car is something that she finds some value in, like creativity, but there is definitely a sensuality to it.

Manson: For Lena’s character, and for sure, Sheila’s, who also works in the night car, they discovered that at the end of the world, people weren’t coming to the night car for sex anymore, they were coming to grieve. They needed to, you know, and sex can be part of it, perhaps. But there is a more important, they found a more important thing to do with the night car, which is to tend to the sort of soul in the train.

From these comments, it seems that the Nightcar is going to involve lots of character vulnerability, and provide some fascinating insights into the world before the global freeze. Character backstories can be explored through the memories that they access, which will also allow Snowpiercer to more fully explore the psychic abilities that exist in this world, and the technology that they possess.

However, the Nightcar isn’t just about accessing memories in order to grieve, it will also be a way to look at some issues that are unique to the Snowpiercer world… including what would happen when this society is incapable of making everything that used to exist. The train may have the ability to provide food, but there are certainly some things that are going to ‘go extinct’.

Hall: It slowly will paint the picture of all these issues [alcohol, birth control, etc running out]. There are some things that I’ve brought up and I’m like, “I want answers dammit!”, we need to have an episode about what happens when the lipstick runs out! You know, because it is bizarrely such a part of Miss Audrey’s character is that she’s like a Dita Von Teese. Always picture perfect, has to be. So what happens for her when her beloved red lipstick is out?

Finally, the Nightcar is also a great way to create neutral ground for various different passenger classes to meet in (although presumably, not the Tailies!)… and to take advantage of the vocal talents of Hall. From the trailers and her comments, it is clear that this is going to be a phenomenal cabaret car with plenty of cocktails and sequined costumes, which adds something very different to the show – and will create a stark contrast with the Tail Section, too. And while there will be multiple sections of the train that get a little more attention in the series format, it seems that the Nightcar is going to be the most important.

Hall: Well, to me, singing is like one of the purest forms of an emotional connection. So what’s interesting and how what they’ve done is they’ve made it like, whenever I sing, I kind of command an entire audience to feel something to feel that exact thing. That’s how it’s worked in.

The night car is central to the train. So it is between everything. It’s like Switzerland, everyone comes to this car and mingles there. And, and so it’s like this fun space where all kinds of things can happen. And I’m just kind of the mother of the train, I guess.

NEXT: What To Expect From The Snowpiercer TV Show