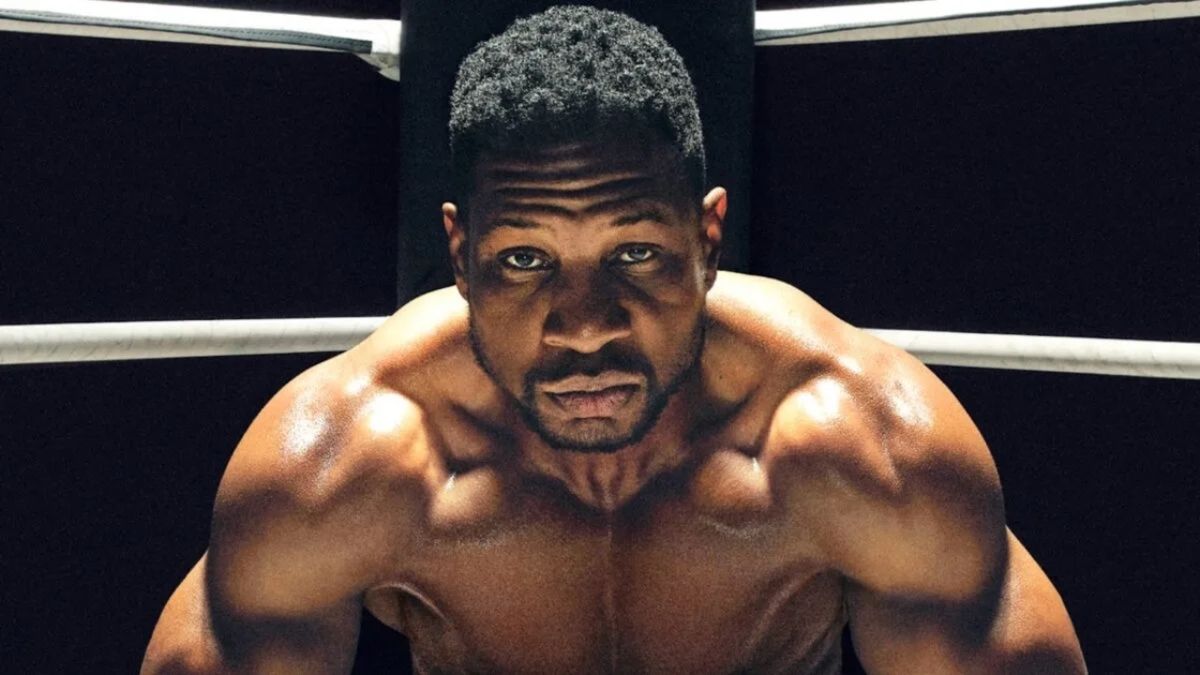 In 2023, Jonathan Majors is about to become both the MCU’s next big threat and the next adversary to Michael B. Jordan’s Adonis Creed, so he had to look the part of course. Ahead of Creed III’s release, Majors has broken the internet for his absolutely ripped physique, but that’s not the only role in which he’ll show off his impressive physique. The actor is also playing an amateur bodybuilder in the upcoming 2023 movie Magazine Dreams.

As the Sundance Film Festival unveiled its slate of films premiering this January, a first look at Jonathan Majors next role was revealed. Check out Majors in Magazine Dreams:

The image from Magazine Dreams features a profile of Jonathan Majors showing off an entire body of packed muscles to tease the movie. The movie will enter in the festival’s U.S. Dramatic Competition during the Utah fest running from January 19 to 29. The movie is described as follows:

The movie will also star Swallow’s Haley Bennett and Zola’s Taylour Paige. It comes from writer/director Elijah Bynum, who previously helmed the 2017 movie Hot Summer Nights starring Timothée Chalamet. Sundance movies like Magazine Dreams often produce critically-acclaimed indie darlings, including last year’s CODA, which went on to win Best Picture at the Oscars after previously having its premiere at the Sundance Film Festival.

CinemaBlend recently interviewed Jonathan Majors for Devotion, a war action film based on true events about a pair of U.S. Navy pilots who risked their lives during the Korean War. He starred in the acclaimed movie alongside Top Gun: Maverick’s Glen Powell and Joe Jonas.

Once Magazine Dreams premieres in January, Jonathan Majors next film will be Ant-Man and the Wasp: Quantumania, where he’ll play the villain of the Marvel movie, Kang the Conqueror. It hits theaters on February 17. The actor has shared that his workout schedule for the Ant-Man sequel was quite intense, requiring him to wake up at 4:30 a.m. for morning gym time before returning at 7 p.m. in the evening for another session.

Given how ripped he and Michael B. Jordan look in promotional images for Creed III, it’s clear the actor has been putting a lot of hours at the gym lately. But as Jonathan Majors has teased, his Creed character will be majorly in shape due to a “loss” that we’ll surely learn when Creed III comes out. The trailer shows that Majors plays a childhood friend of Adonis’ whom he must not only fight, but with whom he must face his past demons. Creed III hits theaters on March 3, and stay tuned here on CinemaBlend for coverage of the 2023 Sundance Film Festival as well.