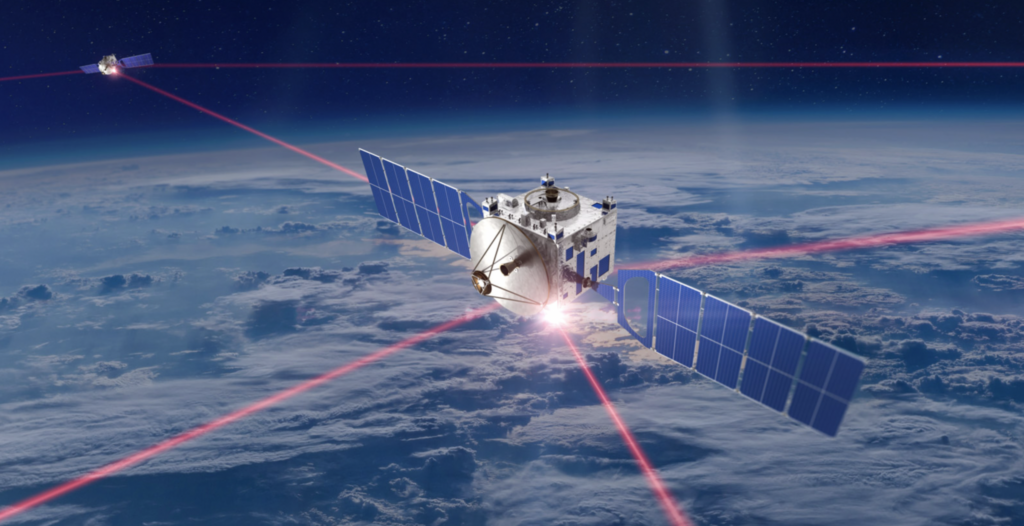 WASHINGTON — Mynaric selected a cybersecurity tool from Redwire and BigBear.ai for an inter-satellite laser communications terminal it is developing for the Defense Advanced Research Projects Agency, the companies announced Dec. 6.

DARPA’s goal is to enable seamless communications between government and commercial networks in low Earth orbit.

“SpaceCREST will be a critical tool for the proactive maintenance and protection for government and commercial customers building the next generation of resilient space architectures,” said Dean Bellamy, Redwire’s executive vice president of national security space.

“SpaceCREST will be used to identify vulnerabilities that could affect the terminal or disrupt its operation and then find ways to protect against those vulnerabilities,” he said.

BigBear.ai and space infrastructure provider Redwire signed an agreement in October 2021 to collaborate on SpaceCREST.

“A significant and growing amount of critical infrastructure in the U.S. relies on space systems, and by partnering with Redwire, we can use our advanced predictive analytics capabilities to identify and protect against potential cyber vulnerabilities in a high-fidelity simulation environment,” said Brian Frutchey, chief technology officer of BigBear.ai.