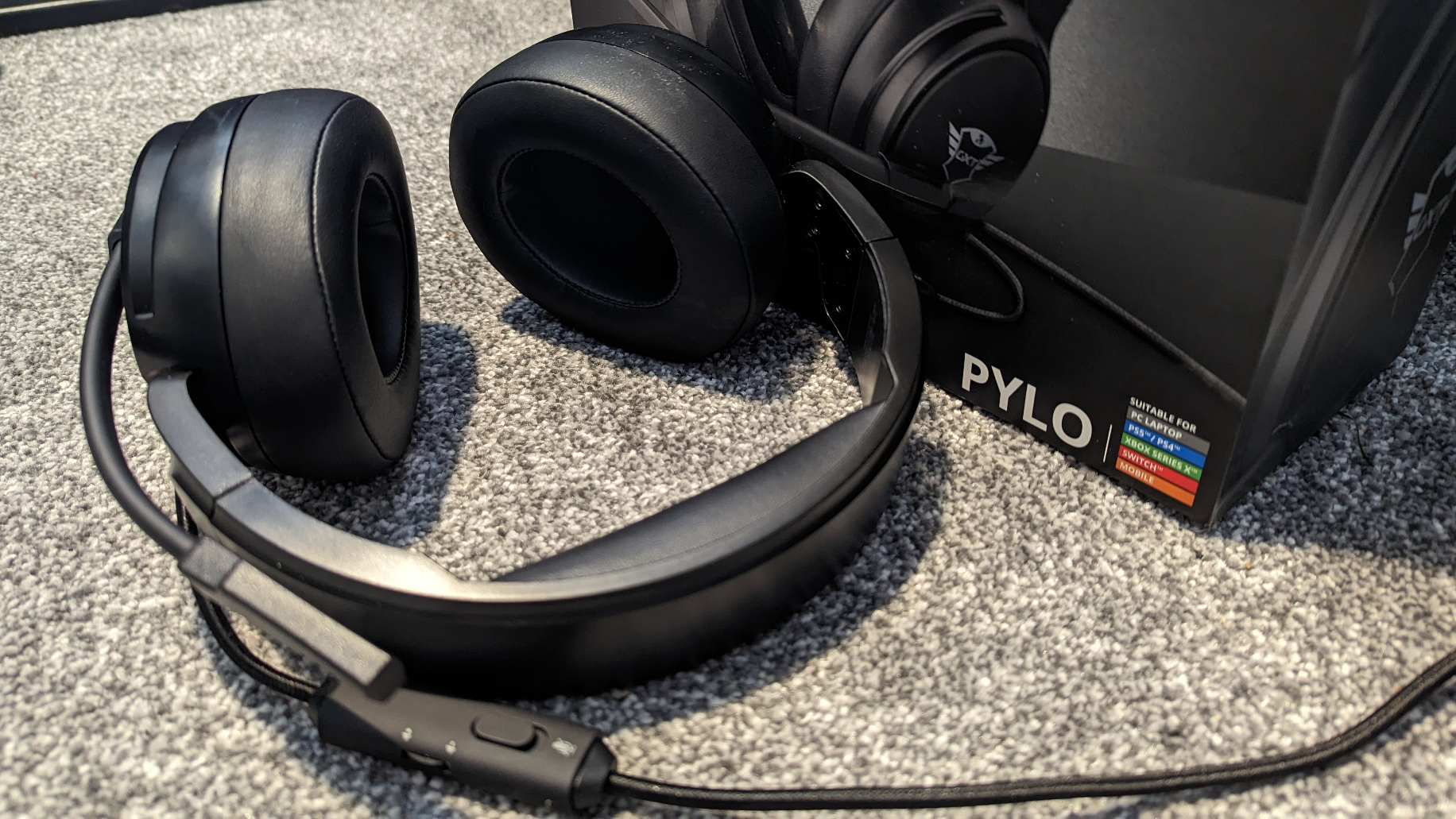 How much did you pay for your last gaming headset?

Was it a couple of hundred quid? A little bit less perhaps? Maybe you settled on something like the Turtle Beach Stealth 600 Gen 2 MAX for around a ton, or the RIG 500 Pro HX Gen-2 for less still.

Well, if your wallet cannot stretch to allow for such purchases, but you need to keep your gaming sessions to yourself, Trust have got your back with the GXT 433 Pylo multiformat gaming headset. The best thing about it? It’s cheap. Like really cheap. But it’s also a capable headset that is perfect for pick up and play sessions.

You may not have heard of Trust, instead relying on the likes of Turtle Beach, Razer or SteelSeries for your headset needs. And if you have heard of Trust, you may well have been put off by previous products; we tested their GXT 310 Radius headset in 2020 and frankly, it was rubbish.

So it comes as a bit of a surprise that the Trust GXT 433 Pylo is actually pretty decent. Don’t get us wrong, we’re not taking our favoured EPOS H6PRO headset from our head, but if push came to shove and we had to use this on the daily, we’d have few qualms.

The Trust GXT 433 Pylo is pretty much a standard, generic headset. Black all over, cheap scratchy plastic adorned by just a couple of logos on the earcups, this far from stands out. But it’s got an easily adjustable, brushed metal, headband in place, with tons of under headband padding and memory foamed earcups ensuring that it is comfortable to wear, even if those cups have little movement or swivel. If you had to describe a generic gaming headset, this would be it.

In hand it feels fine if a little heavy. It weighs in at 356 grams, but feels fairly well weighted and so placing it on your head and spending a few hours at a time, immersed in the heat of gaming, is absolutely no problem.

Much of this is due to the pleather-covered memory-foamed earcups that sit around your ears, covering them with ease and piping in some decent, fairly clear audio from the enclosed 50mm drivers. It means that the Pylo is capable of covering what is required of a gaming headset, getting pretty loud as you fire up the volume to max levels.

But there’s a severe lack of buttonry here and in fact the flip-down mic is the only addition to the headset, working off the left cup and folding down into place, in front of the mouth and ensuring both game and party chat can take place. It’s here where a real issue with the Trust Pylo plays out and should you consider sticking volume levels anywhere near the maximum allowed, you’ll find that the mic picks up a host of it, delivering a ton of echo to your gaming mates. A simple turn down of the volume, either via the in-line dial or through your console system is needed. We’ve found that to remove that echo, you’ll need to shift things down to middling volume levels.

Once you get things at a decent level, chat works well. The mic doesn’t seem as crystal clear as other higher quality offerings, but it does the job for an evening of fun; it’ll certainly let you communicate and instruct. It’s also a bit of a shame that the mic, while happily capable of folding up out of the way, is only mutable via a switch on that same volume control. Hunting it down is a little fiddly.

We’ve also got a little bit of concern in terms of the cable which connects the Pylo to your controller of choice. For us this feels just too short and running at a metre in length, we’d like just a little bit more; even if that was just another twenty centimetres or so, it would have been appreciated. It’s nice that the cable is braided though and with a 3.5mm jack on the end it means the Pylo is more than handy when moving between Xbox, PlayStation, Switch, PC (another PC cable is included in the box, extending the length when used on PC) and mobile. Basically, if you’ve got a device with an audio jack, you should be able to use this headset.

Yet when you consider the asking price of the Trust GXT 433 Pylo, it all becomes clear; any little negatives paling into insignificance. See, running a recommended retail price of £40 or so, the Pylo can also be found as low as £19.99. Frankly, that’s a steal. In fact, the full asking price makes it pretty tempting too.

We’re not going to tell you to go and buy the Pylo right here and right now. We’re not even going to tell you to consider it over the multitude of other gaming headsets that are on the market; other headsets that are of a greater quality both in terms of feel and sound. But we will tell you that should you be on the hunt for a super cheap multiformat gaming headset that is surprisingly good, it’s the Trust GXT 433 Pylo that you should at least be considering.

We can’t believe there’s a better headset option at such a low price. Especially if you can grab it at that sale price.

Huge thanks go out to Trust for providing us with their GXT 433 Pylo headset for review. Pick one up from Trust themselves, or through Amazon.