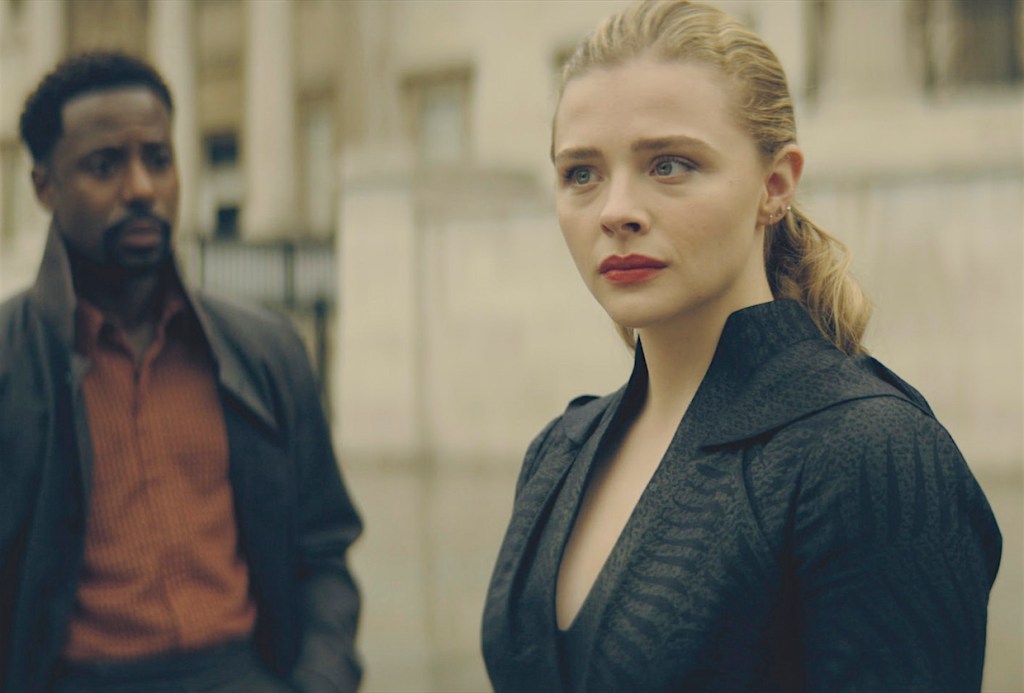 Prime Video’s new series The Peripheral is some seriously dark and mind-bending science fiction — and it’s bending my mind a little trying to figure out what to say about it. On one hand, it’s a visually stunning, smartly realized story that kicks off with an exceptional pilot (premiering this Friday). On the other hand, the next two episodes I watched were a letdown, getting more meandering and confusing as they went. So do I recommend it, in the hopes that it finds a groove later on, or do I warn you away, despite all the fun sci-fi flourishes? 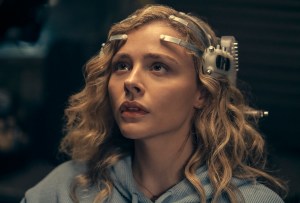 We pick up in the year 2032, where Chloe Grace Moretz stars as Flynne, a small-town girl with an ailing mom who makes fast cash along with her military vet brother Burton (Midsommar’s Jack Reynor) as highly skilled virtual gamers in shoot-’em-up war games. Burton then asks her to beta-test a futuristic gaming headset with weird metal prongs, and when Flynne puts it on, suddenly she’s riding a motorcycle through futuristic London, controlling it with her mind like a dream. It’s an exhilarating experience, and the money is life-changing, but soon, the game turns sinister — and then Flynne gets a call from a man a hundred years in the future, warning her that what’s she “playing” is not just a game.

The Peripheral builds out a fascinating world in its premiere, with gleaming visual effects and ingenious high-tech gizmos. The “game” Flynne plays is just jaw-droppingly cool, complete with invisible cars and lethal stun guns. (During her first mission, she ends up in close-quarters combat with a robot chauffeur.) Writer Scott B. Smith’s credits are scant since the 1998 film A Simple Plan, but Westworld creators Jonathan Nolan and Lisa Joy are onboard as executive producers — though that may serve as more of a warning to that show’s disgruntled fans than anything — and it’s based on a novel by sci-fi pioneer William Gibson, so it’s peppered with thought-provoking philosophical queries. (This is one of those shows that leaves us contemplating at every turn, “What is even real, man?”) 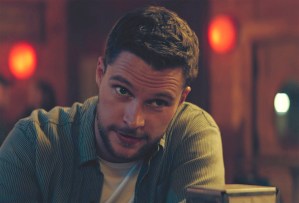 The cast adds some much-needed humanity to all the futuristic action, too. Moretz has always seemed wise beyond her years (I loved watching her trade barbs with Jack Donaghy on 30 Rock), and she brings real pluck and fire to Flynne’s quest. Reynor has Stephen Amell looks and a Tim Riggins drawl as Flynne’s protective brother Burton. Westworld‘s Louis Hertham makes a solid villain as sadistic crime boss Corbell Pickett — but the scripts have him do a bit too much mustache-twirling, ruling over Flynne’s dusty small town like the bad guy from Road House.

After the breakneck pace of the premiere, though, the whole story slows to a crawl in the next two episodes, trading in all that action for ponderous and confusing conversation. (I found myself writing in my notes, “Don’t go off the rails, please,” but it didn’t listen.) During the premiere, I felt confident I understood 80 percent of what’s going on… but that number started dropping precipitously after that. The further Flynne delves into the mysteries behind the game, the less interesting it all becomes. Will we ever get the answers we seek? Knowing the history of sci-fi TV, probably not. The Peripheral is definitely a cut above everyday science fiction, with intriguing concepts and sharp effects; like the titular device, its potential is enormous. But do we really want to play the game long enough to see if that potential ever gets unlocked?

THE TVLINE BOTTOM LINE: The Peripheral is a cut above everyday sci-fi with cool futuristic effects, but it starts meandering after a stellar pilot.