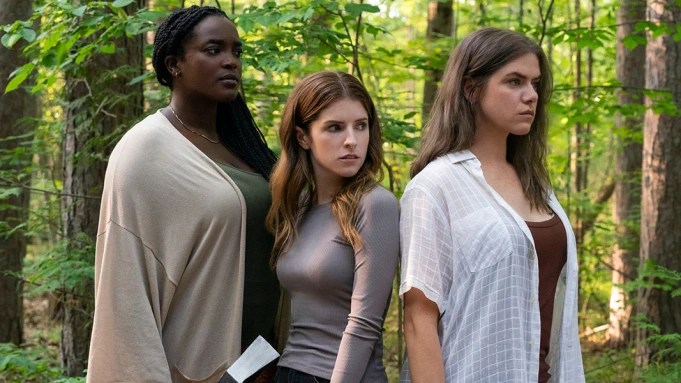 EXCLUSIVE: Lionsgate is giving an Oscar-qualifying run to the psychological thriller Alice, Darling on December 30 before the pic’s nationwide release in 2023.

The film, which made its world premiere at the Toronto Film Festival where it notched a near 90% on Rotten Tomatoes, stars Oscar nominee Anna Kendrick as a woman woman pushed to the breaking point by her psychologically abusive boyfriend, Simon. While on vacation with two close girlfriends, Alice rediscovers the essence of herself and gains some much-needed perspective. Slowly, she starts to fray the cords of codependency that bind her. But Simon’s vengeance is as inevitable as it is shattering – and, once unleashed, it tests Alice’s strength, her courage and the bonds of her deep-rooted friendships.

Alice, Darling is continuing on to the Philadelphia Film Festival (October 28) and the GEMS festival in Miami (November 4).

Check out a clip from Alice, Darling below: