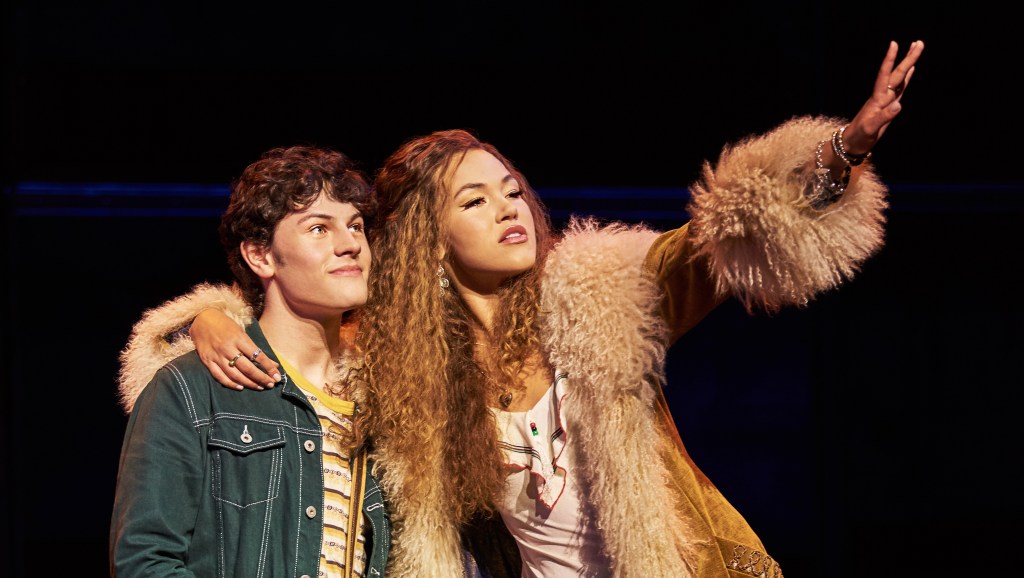 Broadway box office held steady at $28,621,480 last week as a slate of new productions began or continued previews (Almost Famous and Kimberly Akimbo filled more than 90% of their seats), MJ and Leopoldstadt set house records and The Phantom of the Opera was once again standing room only as the long-running Andrew Lloyd Webber musical heads toward its Feb. 18 closing.

Total attendance for the 27 Broadway shows was 225,731 for the week ending Oct. 16, a barely perceptible increase of 1.5% over the previous week.

Among the most recent arrivals, Almost Famous, the musical adaptation of the 2000 film in previews ahead of a Nov. 13 opening, scored big, grossing $606,780 and filling 94% of seats at the Jacobs. The musical Kimberly Akimbo, opening Nov. 10 at the Booth, was at 91% of capacity, grossing $300,433 for six previews.

KPOP, the new production about the South Korean musical genre phenomenon, took in $191,119 for four performances, at 83.81% of capacity at Circle in the Square. Opening night is Nov. 20. The Suzan-Lori Parks Pulitzer Prize-winning play Topdog/Underdog, opening Thursday, grossed $220,016, at about 86% of capacity at the Golden.

The Piano Lesson, starring Samuel L. Jackson, John David Washington and Danielle Brooks, opened at the Barrymore on Oct. 13, and had a good week, at the box office anyway – Brooks had to miss some performances due to Covid. The August Wilson revival took in $697,282.

At the Neil Simon Theatre, MJ broke another house record, selling out and grossing $1,777,138. Tom Stoppard’s Leopoldstadt set a house record at the Longacre with a take of $1,095,529, becoming the first new play of the season to top $1m in weekly grosses.

Continuing on its rejuvenated success since announcing its February closing notice, The Phantom of the Opera sold out the Majestic again, grossing $1,603,263. The Music Man, closing Jan. 1, grossed its typically stellar $2,925,463, and again had Broadway’s top average ticket price at $240.64 (Topdog/Underdog had the lowest at $39.98). Funny Girl was SRO at the August Wilson, grossing $1,696,356.

The 27 productions reporting figures on Broadway last week were 1776, Aladdin, Almost Famous, Beetlejuice, The Book of Mormon, Chicago, Cost of Living, Death of a Salesman, Funny Girl, Hadestown, Hamilton, Harry Potter and the Cursed Child, Into the Woods, Kimberly Akimbo, The Kite Runner, KPOP, Leopoldstadt, The Lion King, The Music Man, MJ, Moulin Rouge!, The Phantom of the Opera, The Piano Lesson, Six, A Strange Loop, Topdog/Underdog and Wicked.

All figures courtesy of the Broadway League.