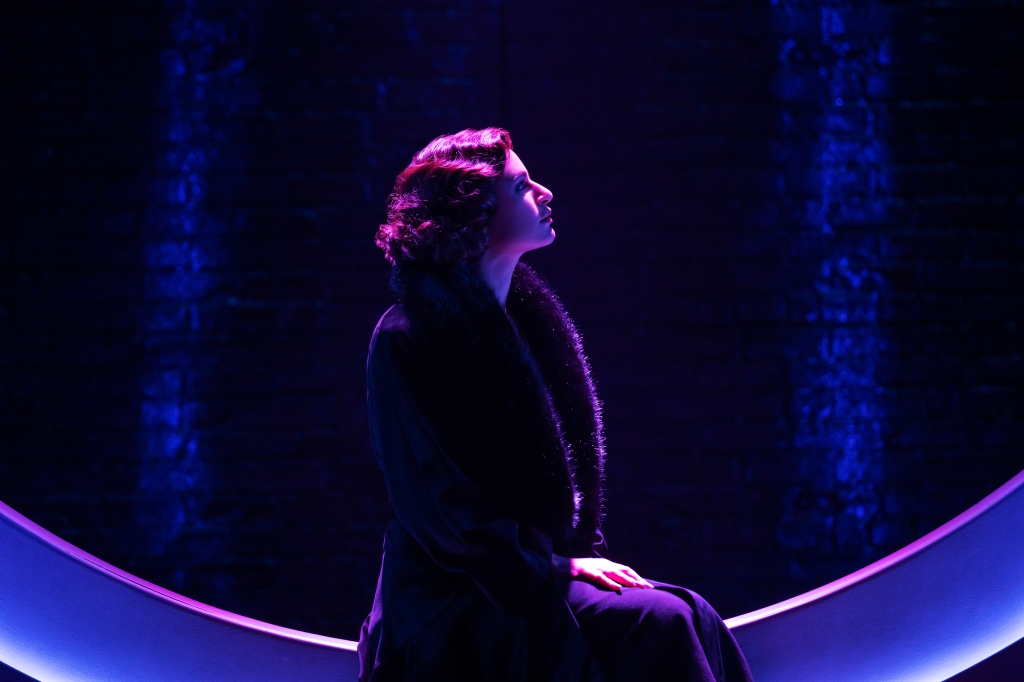 Well, that’s that. After all the controversies and badly handled original castings and headlines and backstage bruisings and firings or resignations or whatever they were, Funny Girl is, as so many suspected all along, the musical that Lea Michele was born to lead. Broadway’s new Fanny Brice is, to put is simply and without exaggeration, a knock-out.

Michele has been in the role since early September, but, with some cast members out sick with Covid in recent weeks, and to give the newcomer some breathing room, critics have only in recent days been invited to the August Wilson to observe the changes. The wait was worth it.

From the moment she begins to sing the opening number “Who Are You Now?,” audiences relax in the assurance that this musical, for whatever its other merits – or lack thereof, and there is plenty of lack thereof – will be sung by a voice that can do it justice. No, more than justice, because Michele is so good in the role of Fanny that she lifts the entire mixed-bag production if not up to her level then pretty darn close. She makes performers who were fine the first time around – Ramin Karimloo as Nick Arnstein, Peter Francis James as Florenz Ziegfeld – seem all that much better, and raises the general level of performance to such a degree that the terrific Jared Grimes, as dance teacher Eddie, now no longer seems adrift during his spectacular tap dance routines: He seems a part of the show, rather apart from the show.

Without unduly rehashing the summer’s unfortunate headlines, Funny Girl opened last spring with Beanie Feldstein as Fanny and Jane Lynch as her mother, Mrs. Brice. Feldstein was never as bad as the gossip suggested – she’s an amiable stage performer with a just-adequate singing voice. Alas, Funny Girl, a just-adequate musical, needs a lot more from its star, otherwise there’s just way too much adequate begging for attention. Needless to say, the star for whom the show was created seemed to grasp this with everything she had, knowing full well that Funny Girl needed Barbra Streisand even way back when.

While Michele has made no bones about her Barbra love over the years – it was a running joke on Glee – she delivers a Fanny Brice that only hews to the original when it’s absolutely unavoidable – line readings of jokes written for Streisand still sound like Streisand, power ballads still insist on the big, belted notes that have been Streisand’s calling card since long before Michele was born.

But to suggest that Michele is Streisand 2.0 would be as demeaning as it is inaccurate. To my ears, Michele’s “People” is breathier than the Streisand classic, perhaps a bit warmer. “I’m The Greatest Star” arrives with such force-of-nature gusto that those multiple standing ovations you’ve been reading about seem absolutely spontaneous and heartfelt. And “Don’t Rain On My Parade” – in both its early can-do bravado and as the fearsome second-act pledge of survival – is returned to its rightful place among Broadway’s big, beloved showstoppers, with Michele’s crystalline, belted tones ringing out.

The new Fanny is equally at home during the non-singing segments, nailing the punchlines, such as they are, and finding a comfort level with her cast mates that Feldstein didn’t always reach. Michele and Karimloo have an easy chemistry – at one point during the reviewed performance, there was a slight mishap with that famous blue marble egg that Nick gifts Fanny. It slipped from their hands and landed with a thud on the table, prompting laughter in the audience and among the two stars. After a summer of rumored tensions and and hurt feelings, those onstage smiles felt like a deep breath let loose.

And Michele isn’t the only newcomer providing fresh air: Tovah Feldshuh is a gem as Mrs. Brice, a tiny ball of grit and fire and maternal devotion that makes clear just exactly where Fanny got her gumption and talent. Feldshuh, in ways that the woefully miscast Jane Lynch wasn’t, is entirely credible as the old-school saloon hoofer of yore who raised her very funny girl to survive in the world of show-biz and the world at large.

Her Fanny clearly took some important lessons to heart. Seems there’s been a lot of that going on over at the Wilson.

We May Finally Know How Lightning Gets Its Zigzag Shape
After Falling For Christmas, Lindsay Lohan’s Return To Acting Put Her Opposite Santa Claus Thanks To Pepsi
‘Operation Blood Hunt’ – World War II Werewolf Movie Being Compared to ‘Predator’ and ‘The Dirty Dozen’
Suspected Killer of Migos’ Takeoff Arrested
Official Trailer For HBO’s ‘The Last of Us’ Released [Video]