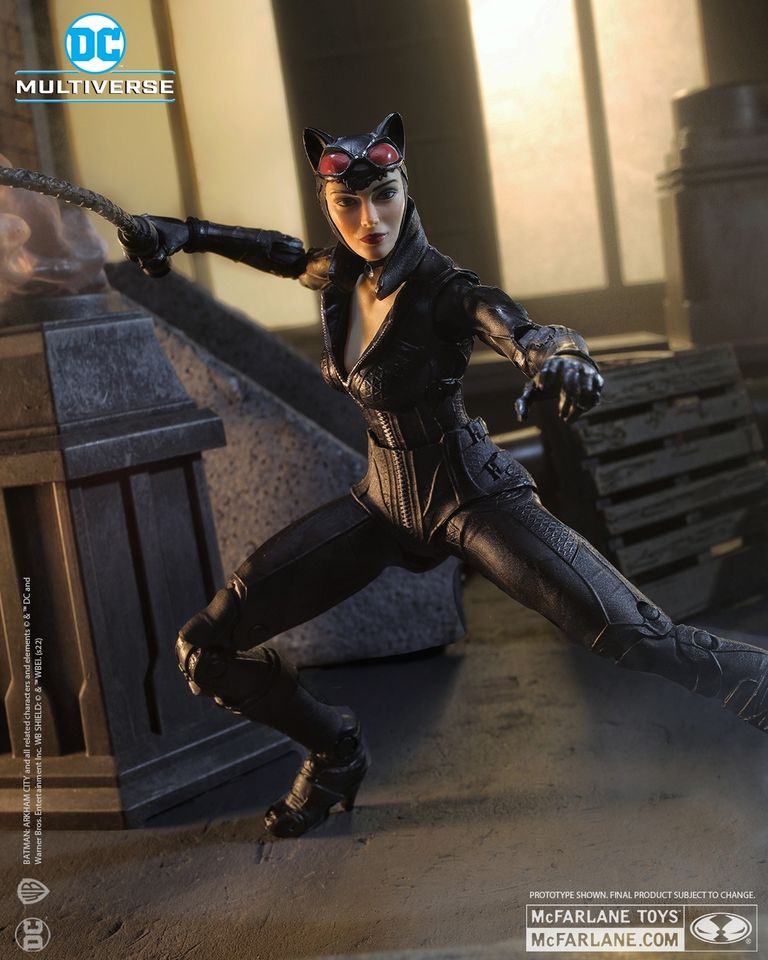 McFarlane Toys has revealed most of their first Batman Arkham City-themed wave. The figures that they have revealed are Arkham City Batman, Catwoman, and Penguin and they haven’t revealed the final figure or the BAF yet which I am sure they will show them soon.

I really like the look of the Arkham City Batman who looks very accurate to the one in the game. I am really happy to see another Catwoman figure as we haven’t had many figures of her and she looks fantastic. The Penguin figure looks fantastic and is very accurate as well. I do wonder what the other figure will be in the wave and the BAF as well and I don’t doubt that we’ll see another wave as there are plenty of characters in the game that they could make into figures and I don’t doubt McFarlane will.

Hopefully, these figures will be fully revealed and will be up for pre-order soon.

UPDATE: The final figure is now revealed to be Ra’s Al Ghul who looks fantastic, I think McFarlane has hit it out of the park for this wave and hopefully we’ll see the BAF soon!