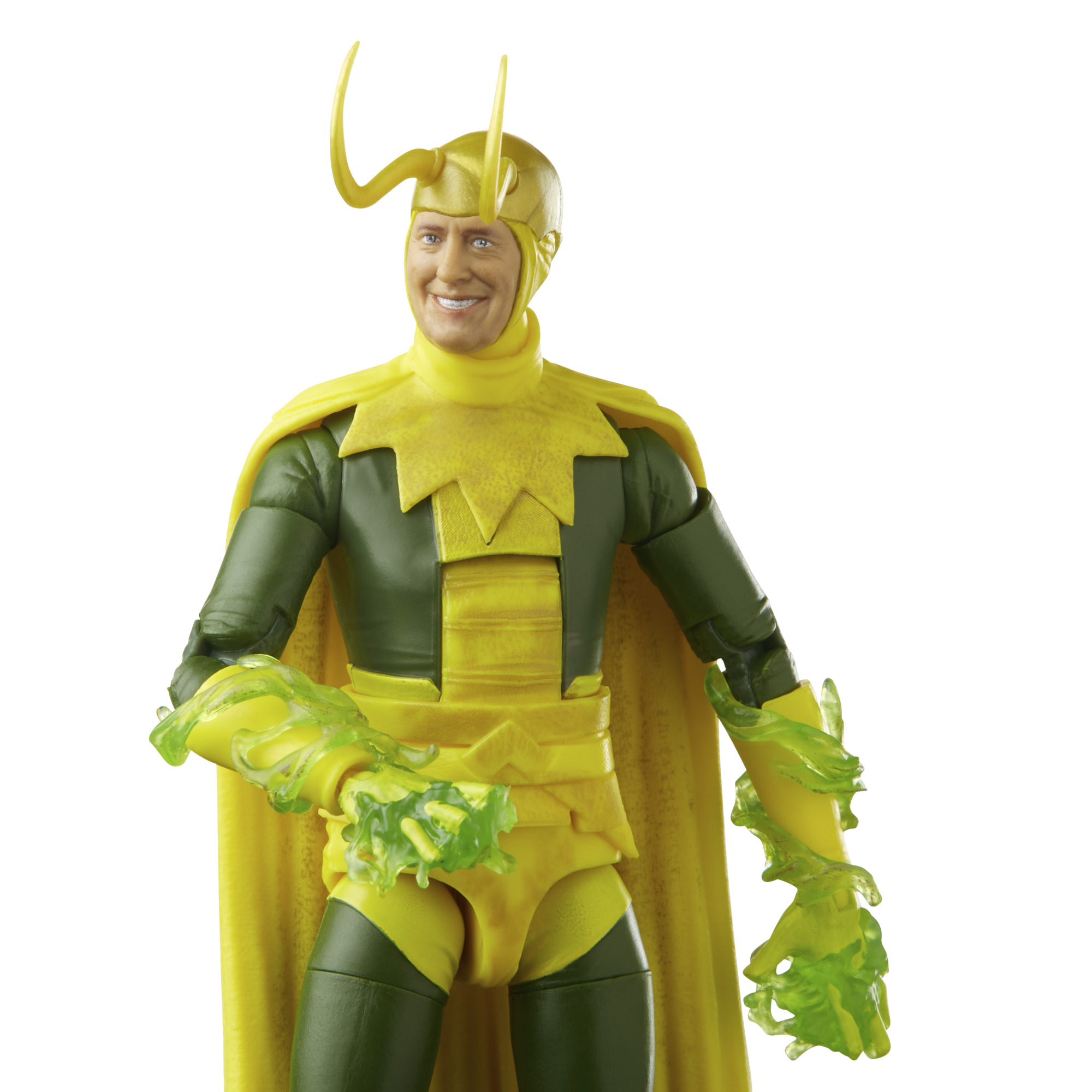 Yesterday Hasbro held a Livestream event showcasing some upcoming figures from the Marvel Legends line, we saw a whole wave of figures, a new Amazon Exclusive set, a few more reveals, and a teaser for what’s coming down the line. The Amazon exclusive is an Ultimate Spider-Man 5 pack which contains Ultimate Symbiote Spider-Man, Molton Man, Razorback, Silvermane & Human Fly. We saw some of these figures at SDCC and some are brand new. I read the Ultimate Spider-Man run for a bit when I was a kid but I am not familiar with most of these characters. This is a great box set for collectors who really want the villain characters.

In some ways, I don’t think the Amazon exclusives are a good idea as some of them can be quite tricky to get hold of and find on their site. I had to follow a link to find the Venom three-pack as I couldn’t find it using the search engine. This set goes up for pre-order on the 16th of this month.

They fully revealed the next Disney+ wave which we saw glimpses of during SDCC. The next wave consists of He Who Remains, Classic Loki, Howard The Duck, Agent Jimmy Woo, Zombie Iron Man, Zombie Scarlet Witch and Red Skull. I know that there is some reuse with Red Skull, Zombie Iron Man and Zombie Scarlet Witch. They do look fun the zombie figures and I really like the heads on them. I am very happy with a new MCU Red Skull as I missed out on the last one and I much prefer the long coat look so this will be my defacto Red Skull on my MCU shelf.

Where this wave really shines is in the new figures, especially with Who Who Remains and Classic Loki they both look absolutely outstanding! The Jimmy Woo figure shows that there is still some focus on WandaVision and I know a big character is still missing and I don’t doubt we’ll get her. The Howard The Duck looks great with the Ant-Man head,I just don’t like the legs are unarticulated. The BAF of this wave in Khonshu and I have to say he looks amazing. The head articulation looks very unique with the head floating on those strands. He is tall as well and towers over Moon Knight which is very accurate.

This wave goes up for pre-order today and is a full boxed wave. I know fans have mixed feelings on this and I do as well. It’s going to be difficult getting these figures at retail. For a teaser, they showed off an alien head in a jar and I am not too sure what it means.