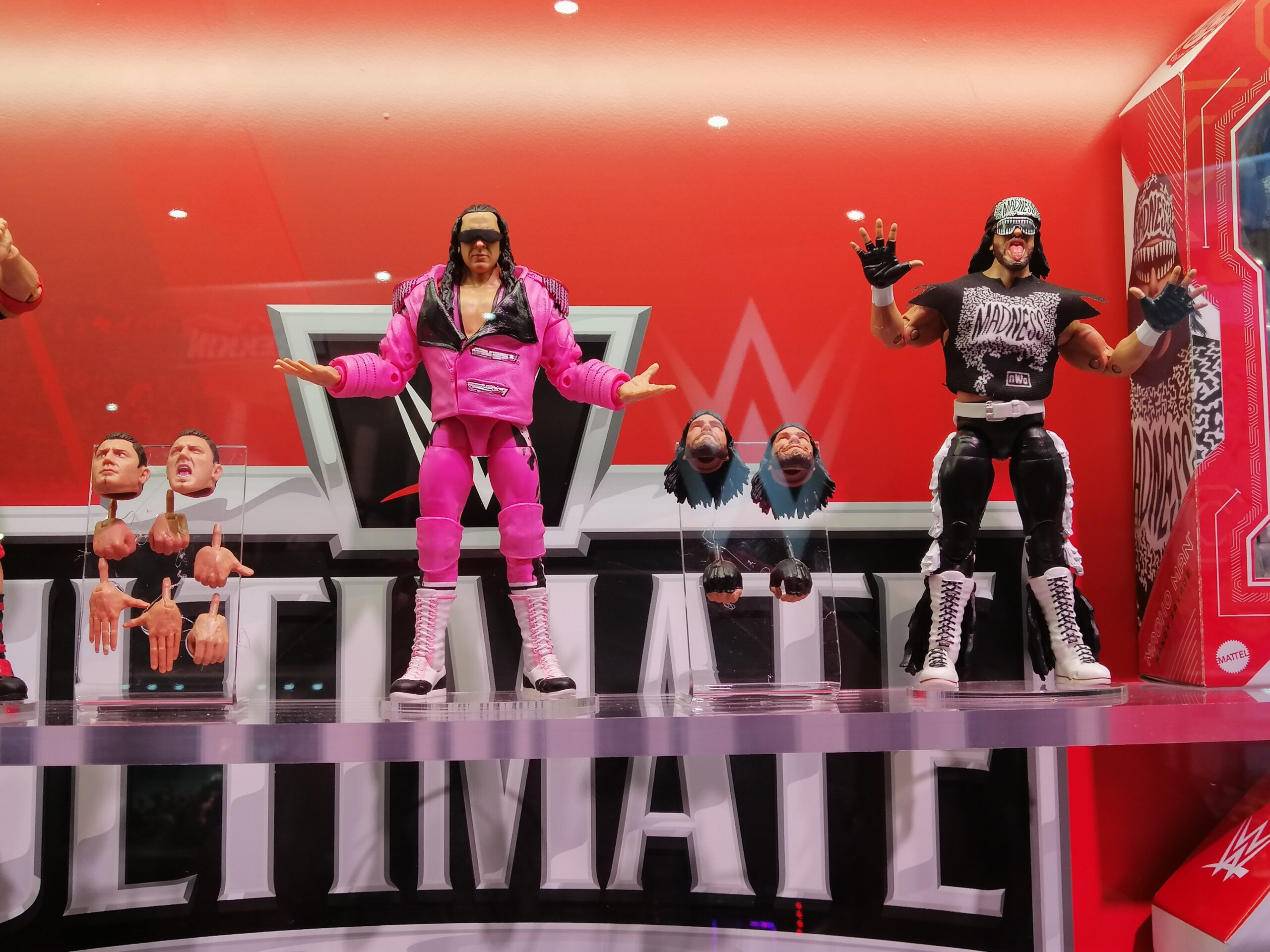 I know that I haven’t mentioned any WWE wrestling figures in quite a long time, but just recently I have gotten back into wrestling figures by getting a few of the recent WWE Ultimate Edition figures and Elite figures.

I do admit that I don’t know all that much about wrestling so I don’t recognize all the wrestlers in the booths. They showcased the figures very well in the displays and made them very tempting to get. The big problem that I have with collecting with some of the Elites & Ultimates being exclusive to the States which makes them a bit harder to get hold of here in the UK.

The Ultimate Edition figures look fantastic, I have the Wrestlemania 1 Hulk Hogan and Batista. I like that they are re-releasing some of the older figures in the line which are hard to get hold of now like the Ultimate Warrior and I really like the teaser of the new Ultimate Bret Hart figure which looks excellent. The retro packaging style ones look great and will be available at Mattel Creations later this year.

The new NWO Macho Man looks absolutely fantastic and would look great on display with the Ultimate Hollywood Hulk Hogan. Overall I was very impressed with the displays and would love to get many of the figures that they had on display.