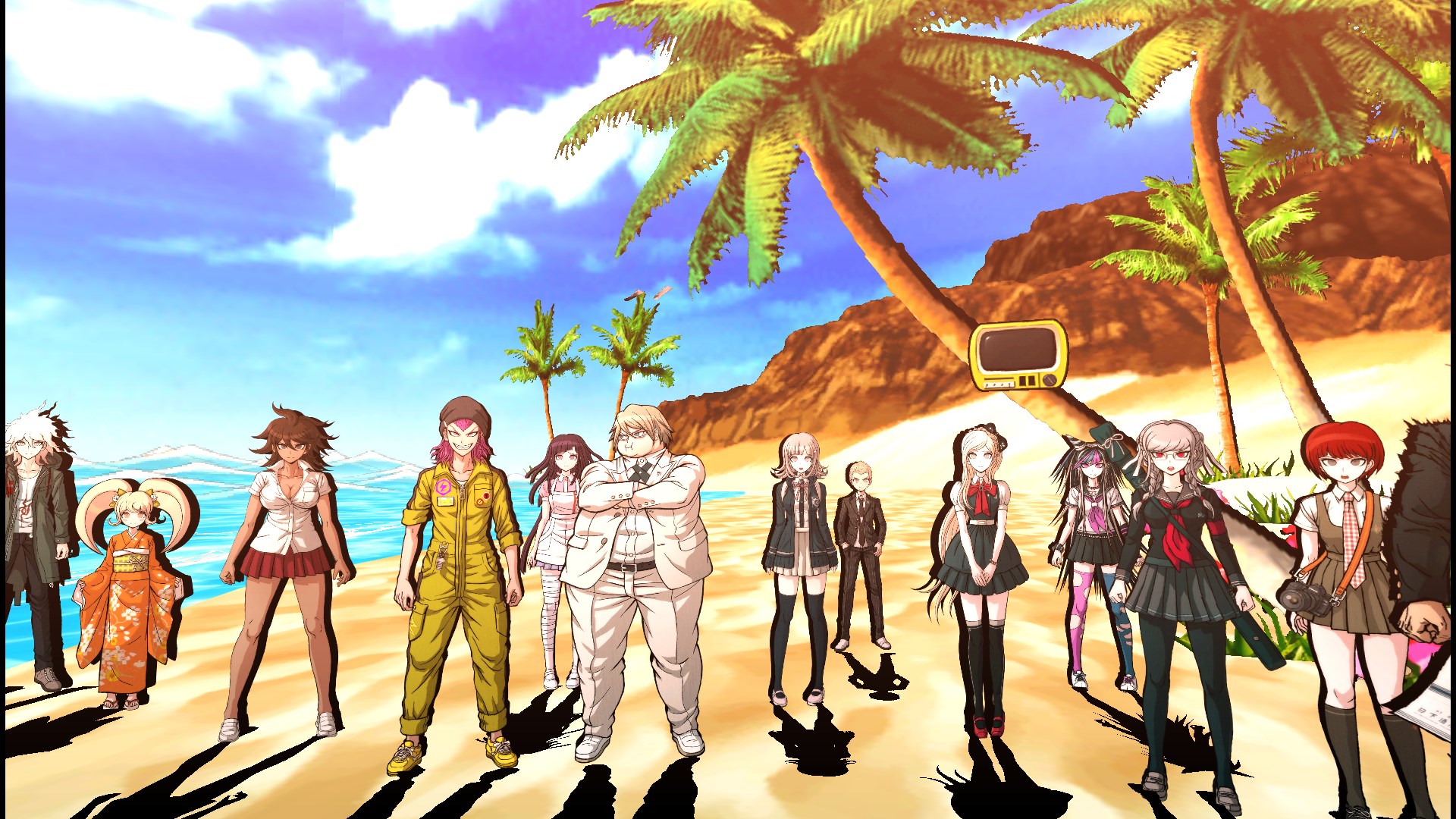 Since 2010 the Danganronpa series has expanded nicely. Having first dropped to the masses with Trigger Happy Havoc on PSP (remember that!?), three main titles and a bit of a spin-off have kept gamers gaming. Now though it’s time for Danganronpa 2: Goodbye Despair Anniversary Edition to come to Xbox, PC and Game Pass.

It arrives in time to celebrate that decade anniversary and whisks players off to Jabberwock Island; a once popular tourist destination which is now an uninhabited island  – albeit one that remains oddly pristine.

It’s up to you and your classmates at the elite Hope’s Peak Academy to wander the island, helped along by your super-cute teacher for a “lovey-dovey, heart-throbbing school trip.”.

Everyone seems to be having fun in the sun, at least that is until Monokuma returns to restart his murderous game. Trapped on this island of mutual killing, your only hope of escape rests in solving the island’s mysteries. But be warned – sometimes the truth can be its own despair…

In contrast to the first game’s bunker-like school setting, this second entry to the franchise is set on a tropical island. With added features, Class Trials become even more immersive and this time, you must deal with rebuttals and agree with other students to piece together the puzzle and progress through the story.

This 10th Anniversary edition comes with a gallery feature that allows you to view event illustrations, scenes, and listen to voiced dialogue.

Stay tuned for our full review soon, but for now hit up the Xbox Store and take home the download you need – whether you pay for it or utilise the power of Game Pass.

Blue skies, white clouds, the glimmering sea, and vast expanses of sand. The students of Hope’s Peak Academy arrive at a tropical resort destination known as Jabberwock Island, but they end up trapped as castaways due to the headmaster’s schemes. In exchange for escape from the island, the students are forced to play a killing game and find the killer through class trials. Play through high-speed and fast-paced class trials by gathering testimony and evidence during investigations and use them as ammunition to shoot down your opponent’s contradictory statements.

Talking Point: What Are You Playing This Weekend? (June 25th)
‘Obi-Wan Kenobi’ Finale Audience 20% Higher Than ‘Book Of Boba Fett’; ‘Dr. Strange 2’ Ahead Of ‘Eternals’ In Disney+ Viewership
Y Combinator announces Launch YC, a way for its portfolio to shout to the public
Kanye West Makes A Surprise Appearance At 2022 BET Awards, To Honor Diddy
Outriders Worldslayer Review