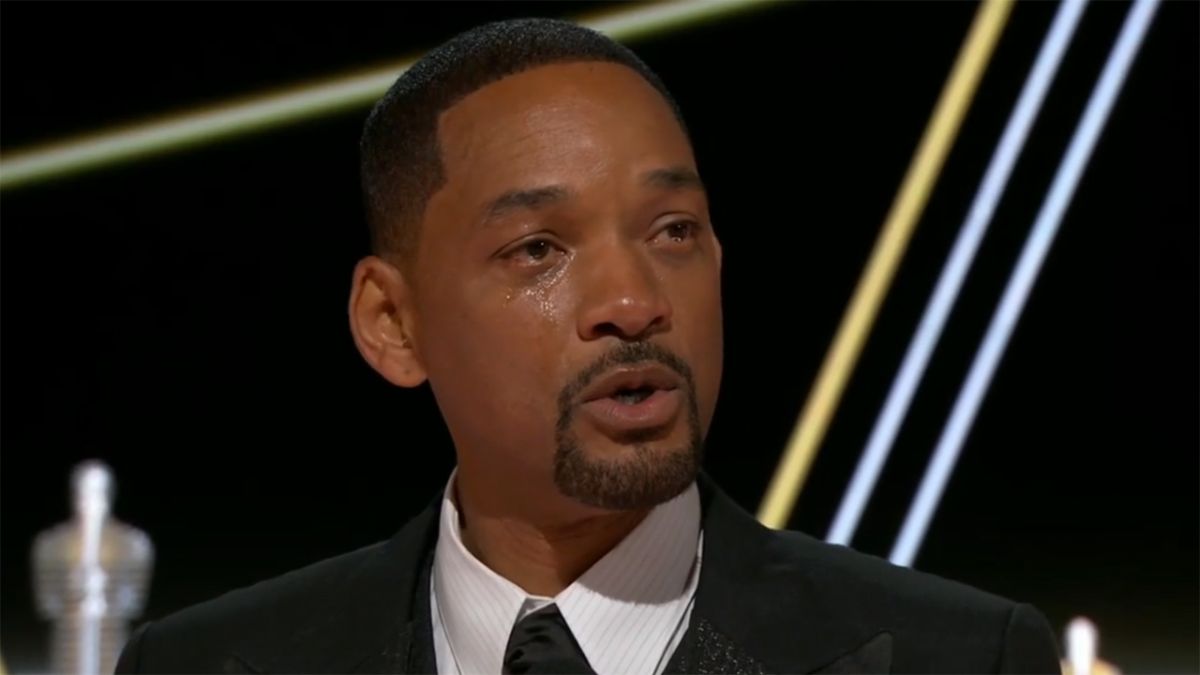 A month after the ceremony, the public is still discussing the wild events of the Academy Awards. Specifically the moment where Will Smith walked on stage and slapped Chris Rock, shortly before winning the Best Actor Oscar and giving a tearful acceptance speech. And while Smith is reportedly on a “spiritual journey” after the slap, there’s still one apology he hasn’t given yet.

The fallout from Will Smith’s infamous Oscars slap has been pretty resounding. After he dropped out of the Academy, he was banned from attending the Oscars for a decade. He most recently traveled to India for a spiritual quest, but according to Page Six, he still hasn’t personally apologized to Chris Rock over the incident.

Just last weekend, Will Smith boarded a plane to India. This was seemingly in hopes of taking a meditation retreat, as the ongoing drama surrounding the Oscars continues to make headlines. And while the King Richard actor issued a public apology over the slap, he reportedly hasn’t personally reached out to Chris Rock. One anonymous “inside” was quoted in the story by Page Six, which reads:

Smart money says that neither Will Smith nor Chris Rock will be able to shake off their association to that Oscars slap or the foreseeable future. And both of their careers have been affected by the drama. While Rock’s current tour is having great sales, a number of Smith’s upcoming projects were put on hold. Perhaps a personal apology shared between the two actors would help their perception by the public? Only time will tell.

As previously mentioned, Will Smith did issue a public apology about his behavior at the 2022 Oscars. Said apology came via Instagram, where the 53 year-old actor addressed both the film Academy and Chris Rock. Although according to the latest report, the two haven’t actually connected personally. As a reminder, you can check out the post below,

Perhaps the reconciliation between Will Smith and Chris Rock can come after the actor returns from his meditation retreat. That stillness might give Smith the chance to look inward, before attempting to move on with his life and career. Only time will tell.

For her part, Jada Pinkett Smith has returned to the public eye since the Oscars slap. Her new season of Red Table Talk has begun, with the premiere episode revealing that the Smith family is focusing on “deep healing.” What’s more, the show promised the slap would eventually be addressed at the table. In the meantime, check out the 2022 movie release dates to plan your next movie experience.