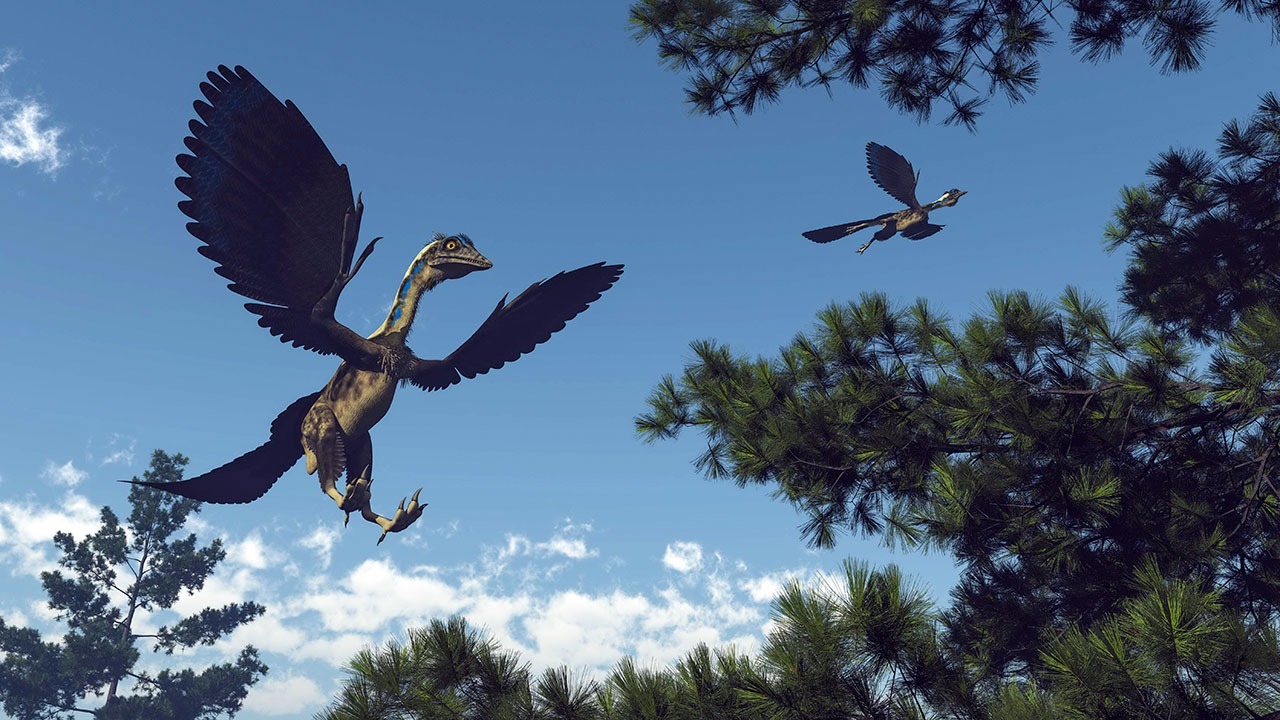 We are all a little weird and life’s a little weird, And when we find someone whose Weirdness is compatible with ours, We join up with them and fall in Mutual weirdness and call it love. —Robert Fulghum

Can gaudy displays of bling really lead to breakthroughs?  Can flamboyant ornamentations and shows of useless stuff really upgrade, empower, and uplift the grand project of life? Can showing off produce innovation?  You bet.  But  to understand how, you have to understand the birds of a feather effect.

Nature uses the genetic shuffle of sex to generate one of a kind creatures, oddballs.  Then she gathers oddballs of the same kind together in flocks, herds, species, and  subcultures.  The birds of a feather effect is nature’s way of gathering similar eccentrics  and turning them from solitary outcasts into a movement, into a  social force.  And into a force of evolution.

Here’s how the birds of a  feather effect works.  Take a yellow natural sponge.  Run it through a sieve into a bucket of water.  A sponge may look and feel like just one solid handful, one squeezable thing. But it’s actually a collection of microscopic beings,  It’s actually a society of cells. Cells that can live on their own.  But cells that choose not to.  As you are about to demonstrate with your sieve, you tear those cells away from each other and turn them into a yellow cloud in your bucket.  A cloud of solitary cells moving around and aching for company.

Now take a red sponge and run it through your sieve into the same bucket of water.  It forms a  pink cloud.  Swirl the water with your hand to make sure that the two clouds are thoroughly mixed.  Your water is now orange.  You would expect that if the sponge cells in your bucket glom together, they would create an orange sponge.  But that’s not what happens.  The red cells find each other in the fog of cells and grab hold of each other.  The yellow cells find their way through the sponge cell cloud and find each other too.  In the end, the cloud disappears, the water clears, and you have two sponges at the bottom of your bucket.  One is red.  The other is yellow.

That’s the birds of a feather effect.  The red cells want to hang out with other red cells.  And the yellow cells want to cozy up to other yellow cells.  Primatologist Franz de Waal calls this the “similarity principle.” He shows it at work in rhesus macaque monkeys. Bear with me while I repeat, oddballs find each other and go from being alone and feeling lost to forming a clique, a movement, a subculture, a nation…or a new species. And when it comes time for sex, oddballs have sex with others who share their oddball qualities.  Thus planting their oddness in an army of offspring.

Is there an evolutionary power to oddballs?  You bet.

Once upon a time, roughly 144 million years ago, sex’s genetic shuffling led to an oddness in dinosaurs. Some were born with quills, quills decorated with weird flattened planes of fluff.  Today’s scientists speculate that the planes of fluff were useful.  They kept dinosaurs warm.

It is probable that the strange males with fluffy quills were shunned.  Conformists are not kind to those who are weird, strange, and deformed.  And it is likely that these outcasts found others who shared their deformity.  Including females made monstrous by fluffy quills.  Like red sponge cells finding other red  sponge cells in a cloudy bucket.    Researchers also speculate that planes of fluff on quills were useful for something more than just warmth.  Sexual display.  Showing off for females of your kind, females who have also been born with quills and planes of fluff.  Researchers believe that the males tried to outdo each other in quill and fluff displays.

Piloerection is the phenomenon that makes your rare goose bump moments.  Your skin breaks out in tiny peaks.  In animals with quills and panels of fluff, piloerection can spread those quills and fluff out, making the quills stand erect and making a dinosaur look twice its size, a good way to rouse fear in the heart of a rival male.  And to impress girls.  Another good way to awe a rival into submission is to have quills and planes of fluff on your forelegs, then to stand on your hind legs, and to spread your forelegs out to maximum width. Displaying an intimidating wall of feathers.  Brightly colored feathers. And sometimes impressive stripes of colored feathers. What’s more, standing on your hind legs lets you do something else that makes you a winner in male showdowns—getting above your rival.  Being able to stare him down.  By breaking the law of gravity and rising on high.

In species from lobsters and crayfish to lizards and dogs, females favor the male able to stand the tallest, tall enough to look down on  his rivals. Hormones favor the male who rises the highest, too.  In crayfish, the male able to lift his head the highest is rewarded with the hormones of victory.  An intoxicating blend of chemicals like octopamine that makes him strut. And that makes him eager to keep other males in their place with height showdowns, height contests.  On the other hand, the males who can’t get it up are numbed by the hormones of defeat.  Instead of standing tall, they crawl  Researchers studying crayfish showdowns say that it’s as if each of the males in the competition receives an entire brain transplant based on whether or not he was able to rise to the heights of glory.  And the same thing happens to lizards, the relatives of dinosaurs.

Research on feathered dinosaurs takes it for granted that these beasts went against each other in display contests.  Why?  Because in species after species the males best able to rise up high get the girls.  Which means the dinosaurs who could rise the highest almost certainly got to insert the genes for height and fluff displays into the maximum number of dinosaur chicks.  In other words, each new generation of oddball dinosaur chicks were given the genes for standing on their hind legs and making a grand display of height.  Sex between birds of  a feather locked the gene for quills, fluff, and the aspiration to the heights into place.

If two of these fluff and quill covered dinosaurs stood as tall as they could and still could not look down on their rivals, they could try another trick.  They could hop, flap their fluff covered forelegs, and hover in the air for a few seconds.  Those who could pull this trick could rise above even the haughtiest non-hopping competitors.  And these hopping oddballs among a tribe of similar oddballs could win the girls and insert the genes for hopping into the oddball genetic germ line.

Then, speculate those who research these dinosaurs, some went even farther in the competition to see who could rise the highest.  Some climbed trees, jumped, and used their planes-of-fluff covered forearms to glide.  This favored a modification in the fluff.  If your genes disciplined your fluff into aerodynamic blades, you could outglide everyone else around.  And you could, once again, get the prize of inserting your peculiar genes for streamlined blades of fluff into as many females as possible.

As many females as possible?  Is that true?  Is it true that he who rises the highest gets the privilege of a harem?  And the privilege of spreading his genes? Apparently, yes.  EO Wilson, in his paradigm-shifting book Sociobiology, describes the following experiment.  Put six lab rats into a cage,   three females and three males.  What happens?  The males go into a series of face-offs to determine who’s on top and who’s not.  One male wins the most showdowns. He beats the other two male rats into submission.  Then he courts and consummates. He gets the ultimate prize, sex. How can we be sure?  Once the pups from this rodent fever of lust appear, researchers test the rat pups’ DNA.  And what do they find?  The pups of all three females carry the genes of just one male—the dominant male, the alpha male, the male who came out on top.  That is true among species from crickets and flies to human beings.  And it was apparently true in the oddball dinosaurs.

So the genes that help you rise the highest in a pecking order are the ones that take over your tribe.

Note the use of terms like top male, standing tall, and staring your rivals down, all of them are clichés in our common vocabulary.  What do these catch-phrases have in common?  Defying nature’s most basic law, gravity.  Rising to new heights.

And rising to new heights is what the oddball dinosaurs did.  They learned to flap their forearms and fly.  Nature loves those who oppose her most.

Let me give this to you from a different point of view.  Bear with me while I show you a script I wrote for a National Space Society animation:

once upon a time

a bunch of you loony dinosaurs

came up with a weird idea:

if dinosaurs could speak,

their eco-conscious, nature-loving parents would have pooh-poohed the entire notion

don’t you get it, your parents would have said,

there is nothing up there but empty space

the earth is your mother.

not to mention greenery.

up there there is absolutely, now listen very carefully and look up above your head.

what do you see?

Clouds and at night stars

You can’t eat stars and clouds.

You can’t make nests in them.

There is nothing but danger above your head.

If you fall from a great height, you’re dead.

but a strange thing happened.

When you walked out of your house this morning, how many of the earth-and-nature loving dinosaurs  did you see?  None.

But how many of the loony dinosaurs who flew did you see?  Dozens.

there are twice as many species of birds

as there are of us nice, conservative ground-walking mammals.

meaning that the fliers have found twice as many ways of making a living in the emptiness of the sky.

live roughly 60% longer than us groundlings.

is nature trying to tell us something?

Is there another empty space above our heads waiting for us to ply?

So flowers are not the only gaudy display mechanisms that evolution has produced for the sake of the sexual game. With flight, nature has shown yet another time what she first showed with the evolution of the tree—the impulse to rise on high.  The impulse to take to the sky.

Why does nature love those who oppose her most?  Could it be that nature uses the audacity of her eccentrics to rebel against her own rules and to change the face of reality?  Does nature use you and me to rise above herself?  Does she use us mortal creatures to soar in whole new ways?

Why is nature obsessed with sex?  Is it because she is obsessed with reinventing herself?  Is self-reinvention what evolution is really all about?

Howard Bloom has been called the Einstein, Newton, and Freud of the 21st century by Britain’s Channel 4 TV.  One of his seven books-Global Brain—was the subject of a symposium thrown by the Office of the Secretary of Defense including representatives from the State Department, the Energy Department, DARPA, IBM, and MIT.  His work has been published in The Washington Post, The Wall Street Journal, Wired, Psychology Today, and the Scientific American.  He does news commentary at 1:06 am et every Wednesday night on 545 radio stations on Coast to Coast AM.  For more, see http://howardbloom.institute.