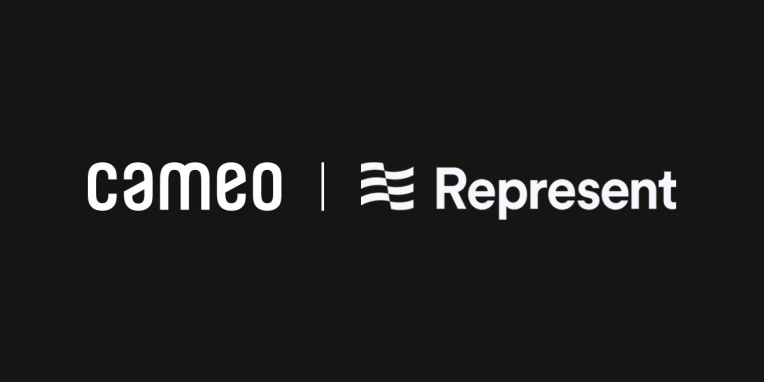 Celeb video site Cameo is making its first acquisition. The company will buy Represent, a marketing and merch company that helps celebrities and brands set up individualized online storefronts. It’s a natural fit for Cameo, which invites fans to pay celebrities of all stripes for short customized videos.

Represent counts Jennifer Lopez, Ed Sheeran, Leonardo DiCaprio, Matthew McConaughey and Kendall Jenner among the members of its pool of partnered talent, so Cameo will be bringing those relationships into the fold through the acquisition.

The company is also bringing Represent’s leadership on board and the acquisition will double the size of Cameo’s team in Europe. Cameo did not disclose the terms of the deal.

Cameo says that its users won’t see changes right away, but in the future they might be able to purchase “gift bundles” that would pair a traditional Cameo video with related merch. The company also hopes that weaving merch into its revenue streams will boost the fundraising efforts that many on-platform celebrities do to raise money for nonprofits.

Most of Cameo’s users visit the celeb video site to procure gifts for friends and loved ones to celebrate birthdays and other occasions. The company said it facilitated more than 1.3 million videos last year, with the company’s top 150 figures earning north of $100,000.

The company has also added a few new products, including Cameo Calls — short one-on-one video calls with celebrities — and Fan Clubs, sort of a VIP section of the site that helps dedicated fans stay in the loop on the talent they follow.

Cameo has raised money from a number of traditional sources like Google Ventures and SoftBank, but also from celebrity investors like Snoop Dogg and Tony Hawk. In March, Cameo raised $100 million Series C, bringing the company’s valuation to upward of $1 billion.